Bonnie and J.R. Ricks are both ordained ministers and Certified Christian Counselors. They have worked in evangelism for 20+ years, currently living and operating their ministry, Dogwood Ministries, Inc., in Blessing, Texas. Their primary ministry is writing daily devotionals that are entitled “Take a Minute” and are distributed all over the world.

Bonnie has been writing since she first learned to use a pencil. Her first published work was “Various Things, but Mainly the Golden Train”, a short story which appeared in her college literary magazine, Potpourri. Her first professional published work was a short story – “Bracelets” – published in the Arkansas Times Magazine. More of her work appeared in that publication over the next few years, including “If Your Nose Itches, Someone’s Coming with Holes in His Britches”, “Catfish Guts and Other Wonderful Things” and “How the Side-Hill Gouchers Whomped the Wooly Boogers”, which was awarded the Earnie Deane Tall Tale Award, and which will shortly be the first in a series of children’s ebooks under the overall title of Tales from Lalacalona County. She is also editing a new ebook written by Marvin Walters entitled So You Want to Be a Stunt Person, which will be published shortly.

Bonnie graduated from Hendrix College in Conway, AR with a degree in English and Journalism. She has worked as a freelance writer, as well as a writer/producer/director of industrial films and commercials, as well as teaching high school English and Journalism. She produced the first telethon for the March of Dimes in Houston, Texas, winning a regional "Telly" for one of her PSA’s. She has been published in print and has won regional writing awards for both non-fiction and fiction. She’s been a serious Bible student for over 30 years, and had a radio ministry for three years KSBJ in Houston, Texas.

J.R. attended seminary in Houston, Texas, and is an alumnus of Texas A&M. He’s owned and sold three successful businesses, worked in radio production, and on the air as a DJ for Christian stations in Houston, TX and Salem, MO. He was chairperson of United Christian Counselors of Missouri for nine years, and served as Youth Minister at Carr Lane Baptist Church in Missouri.

Together, J.R. and Bonnie have written scripts for industrial film producers, plus had their own "talk" show on a Christian radio station in Salem, Missouri. Currently, they are producing audio versions of their daily devotionals that will soon be available through a link in the email version each day. Both J.R. and Bonnie are disabled, but continue their primary ministry – daily devotionals distributed all over the world, along with active mentoring and counseling of new Christians.

Where to find Bonnie Ricks online 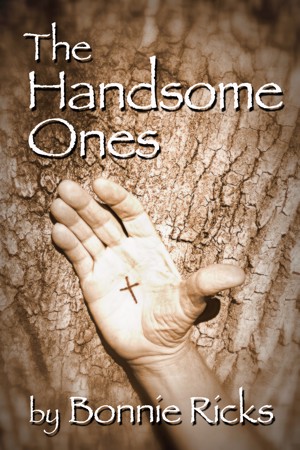 The Handsome Ones by Bonnie Ricks
Price: $10.99 USD. Words: 95,670. Language: English. Published: March 26, 2013. Categories: Fiction » Historical » Western & American frontier
The Cupaha, called “the handsome ones” and numbering some 5,000 souls, lived for a time on this earth. We have absolute proof of their existence. What we don’t have is the story of their disappearance. This ebook is their story. 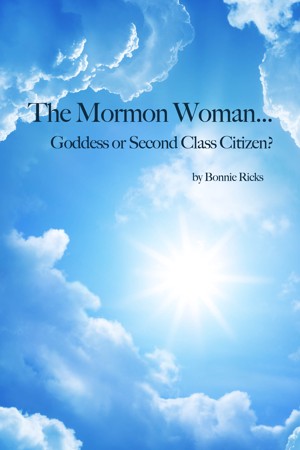 Having accepted the LDS P.R. pitch that they are “Goddesses in training”, Mormon women soon find themselves trapped within a reality that doesn’t fit what they’ve been told. These thirteen women, however, found the truth, and the truth has set them free. (John 8:32) 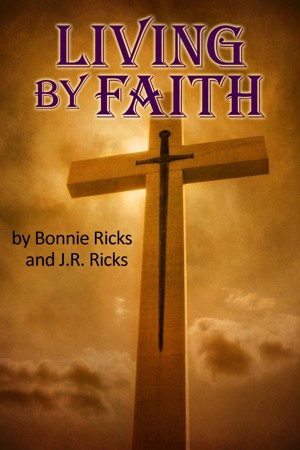 You have subscribed to alerts for Bonnie Ricks.

You have been added to Bonnie Ricks's favorite list.

You can also sign-up to receive email notifications whenever Bonnie Ricks releases a new book.