I grew up in Louisville, Kentucky, where my father had been a newspaper printer, reporter, editor and daily columnist before establishing an advertising agency. I wrote my first published story for a junior high school newspaper, an interview with German prisoners-of-war who were earning PX money after the war's end by working in potato fields near our home. Later, I wrote a column for the student newspaper at Louisville Male High School. When I had nothing else to write about, which was often, I wrote short fiction, teen-aged adventure stuff that I heard was quite popular at the girls' high school. From Male I went almost by accident to Yale, instead of to the small Episcopal college in the South that I otherwise would have attended.

At Yale, I was anything but a big man on the campus. My interests were guns, girls, cars and airplanes--not to mention coping with vigorous academic demands. Writing was confined to countless research papers and some feature writing for a College (not university) mimeographed "newspaper." Usually I wrote interviews with interesting College Fellows, such as the Medical School Librarian who had been with the OSS during World War II. I had no interest in competing for a slot at the student Yale Daily News, which among other things would have required me to, ugh, sell advertising.

I gave no thought to my occupational future, so when I graduated with a degree in history and went to Miami looking for a job, I was somewhat at sea. After three months of pounding the sidewalk, a Princeton man hired me to write research reports and put out a twice-monthly business newsletter for his management consulting firm. One day a Business Week editor came to Miami looking to hire a local correspondent, my boss recommended me and I got the gig. I'd never heard of Business Week and had to go to the library to see what one looked like. From that, through a girlfriend's tip, I applied for a job as a reporter at the afternoon Miami Daily News. Through some genetic twist I seemed to have a "nose for news" on suburban, police and celebrity interview "beats" and, better, could find a story in assignments that most reporters dreaded: business. Accordingly I picked up business assignments for Time and Life that their regular correspondents didn't want, and also got another gig as a correspondent for Kiplinger.

In the meantime, I began dating my wife-to-be and not long after our marriage, Business Week brought me up from the minors to be assistant manager of the Detroit bureau. I could have taken Pittsburgh, but as a life-long car nut of course chose Detroit. I covered the auto industry and labor, which was big in Detroit those days with both Reuther and Hoffa holding forth locally. Business Week than wanted to move me to New York but I didn't want to leave Detroit, so sought out and got a job on the Ford Public Relations staff, where I spent 25 years. Along the way, I continued to moonlight writing articles for automotive magazines where there was no conflict with my PR work for Ford.

At age 49, I also went back to school, earning a M. S. degree in historic preservation from Eastern Michigan University and later completed course work for a doctorate in history of technology at Wayne State University. By this time I had departed from Ford, put in a couple of years back in the news business as an executive of a media company, then trading on my master's degree, became executive director of the Detroit Historical Society.

About this time, I began my third career as a book author, co-author, editor-in-chief or major contributor -- rather than, for instance, writing a dissertation for my doctorate. Then a couple of friends separately asked me to start contributing regularly to their magazines on automotive history matters. I've also specialized in automotive safety issues and other stories requiring extensive background knowledge of the industry and deep research, more so than most automotive writers have the time or patience to undertake. In recent years I have expanded my writing expertise to include military history.

Along the way, I've also had the time, contacts and energy to serve as a trustee of the Detroit Society of Professional Journalists, trustee of the National Automotive History Collection at the Detroit Public Library, president of the Algonquin Club of Detroit and Windsor (a cross border dinner club of local historians), director of the national Defense Orientation Conference Association and director of the Pioneer America Society: Association for the Preservation of Artifacts and Landscape, and several military hereditary organizations.

In addition I've had the opportunity and pleasure of lecturing at several universities and numerous historical and civic organizations. 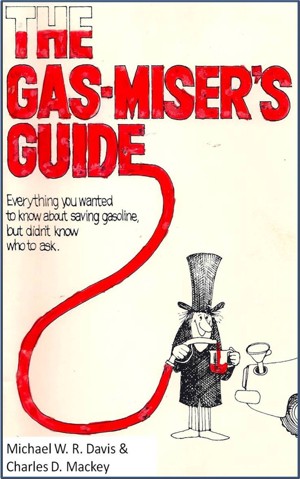 You have subscribed to alerts for Michael W. R. Davis.

Would you like to favorite Michael W. R. Davis?

You have been added to Michael W. R. Davis's favorite list.