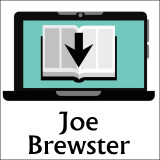 27 readers have added this author as a 'Favorite Author'.

Joe loves writing about strong-willed women who know exactly what they want from men and are determined to get it.

Many stories feature a mature woman engaging with a shy younger man.

Others involve men surrendering their dignity to the will of superior female coworkers for the honor of orally pleasuring such powerfully demanding creatures. Somewhere along the way trouble usually ensues when the man discovers worshiping an Office Goddess Diva isn't a sustainable pastime.

Some stories feature women exploring the edgy boundaries of their own, previously bland, middle-of-the-road sexual self-concepts.

Joe's writing mines the ambient warmth of a unique character dynamic, a new brand of middle-brow erotica that creates a totally organic sexual tension, rising from the story itself, separate from, and in addition to, any actual sex scenes described.

Joe's stories give reader's a look at character relationships bound together with erotically charged narrative conflict that sizzles as hot as the sex those same characters engage in.

You have subscribed to alerts for Joe Brewster.

You have been added to Joe Brewster's favorite list.

You can also sign-up to receive email notifications whenever Joe Brewster releases a new book.