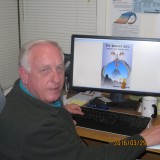 Brian D Clark currently resides in Spring City, PA. He is the founder and president of HandySeniors LLC.

Do you remember the first story you ever wrote?
We all have to get through grade school. I wrote stories throughout. At the age of eight I wrote and illustrated a book that I sold to my mother. I stapled the pages together and "sold" it to my mother. She was disappointed that the not all the pages were filled with illustrations and stories...my mother was a professional journalist. Around the same age, my brothers and sisters and I put on a "play" for the local neighborhood friends. Even though I was the youngest in the family, I wrote the script and play. It was about King Arthur and Sir Lancelot (who in the play was played by me) but we called him "Mr. Clean Lancelot" after the cleaner, Mr. Clean, because he was all in white. We actually made a few nickles and got a bunch of laughs!
What is your writing process?
I pick a story line and let the story take over. I am fascinated that the characters take over their own personality and the scenarios are picked by the characters though I am able to move them to the locations I want. The characters start to speak instead of what I want to write. More than once I have started a dialog for one of my characters and all of a sudden, the words on the page are what they want to say, not mine. Each character comes alive as the story writes itself. It is as though I am communicating a story, not writing a story.
Read more of this interview. 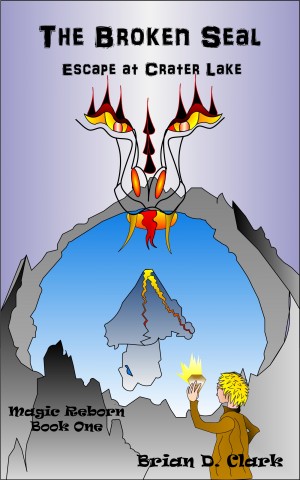 The Broken Seal, Escape at Crater Lake by Brian D. Clark
Price: $2.99 USD. Words: 190,700. Language: English. Published: April 10, 2016. Categories: Fiction » Fantasy » Epic, Fiction » Adventure » Action
In Book One, the ancient dragon Gilden Rheas escapes his prison under Crater Lake breaking The Seal that separates the magical realm of Ishda from the world of man. After he abducts Garth's sister, Garth, Grand Wizard Rheardonax, and The Fighting Lion Company hunt the evil monster while befriending and battling humans and the returning creatures of lore and legend as Ishda merges with the world.

You have subscribed to alerts for Brian D. Clark.

You have been added to Brian D. Clark's favorite list.

You can also sign-up to receive email notifications whenever Brian D. Clark releases a new book.