Brian K. Carr is an author born and raised in Southern California whose professional life has allowed him to travel extensively and filled his mind with amazing stories. His first effort into publishing is the novel Hired To Kill, the first in the Colin O'Brien character series. Retribution marks Brian's second journey into the life of Colin O'Brien, with two more books in the works.

When not writing or reading, Brian hosts a show called Asylum TV for the off-road community website Jeep Asylum. He enjoys helping people build their Jeeps, taking them off-road, and camping with his dog.

You can find more about the book Hired To Kill and its author at https://www.facebook.com/briankcarrauthor or follow him on Twitter at @BrianKCarr.

What's the story behind your latest book?
My next book comes out in just over a month and it continues the story of Colin O'Brien playing the role of the dead assassin Angus McDowell. McDowell had some business left hanging when he died and some people from the past have returned to collect, thinking he is still alive. We take the story to Las Vegas and do some serious damage around town. We also start taking away some of Colin's crutches, leading him to a point where he will eventually have to fend for himself. I believe in the literary journey of the hero. He must be broken down to a point where he has to decide if he is either going to die or make his way back.
What motivated you to become an indie author?
I had written a few scripts but had absolutely no way of breaking into the Hollywood scene, so I got some encouragement to start writing a book. The thought was 'just write it and get it done and we'll deal with the publishing part then.' Once I finished, I filed copyrights and did my own cover art, then uploaded. I have never even sent an interest letter to a publisher. I like having input into where it goes and how it is priced (with the exception of the print version, but that will come around on pricing eventually). I do need to be better about giving myself deadlines, though. I do tend to be a little lazy and scattered.
Read more of this interview. 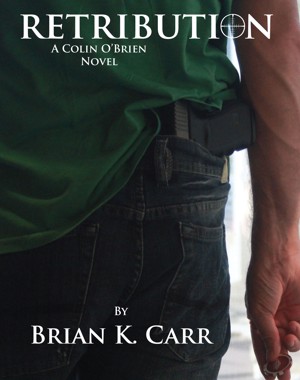 Retribution by Brian K. Carr
Price: $2.99 USD. Words: 76,070. Language: English. Published: December 23, 2013. Categories: Fiction » Thriller & suspense » Action & suspense
Colin O’Brien’s past has come back to haunt him. Free from his role as international assassin Angus McDowell, Colin takes his wife on a relaxing vacation to Las Vegas. Less than 24 hours into their trip, Colin spots a team of suicide bombers entering the hotel and casino they’re in and has no choice but to take action. This time, he is the one being hunted. 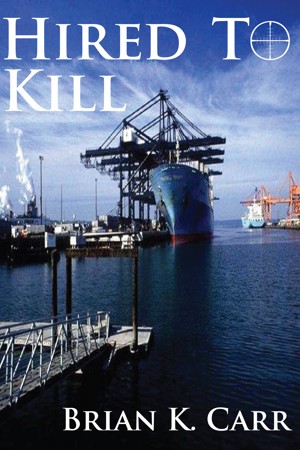 A mysterious woman with no past mistakes Colin O'Brien for a famous assassin. That Saturday morning at a coffee shop in Southern California was the wrong place and wrong time for him to look like such a man, as she approaches and offers him a million dollar contract. Colin's only mistake was going along with it.

You have subscribed to alerts for Brian K. Carr.

You have been added to Brian K. Carr's favorite list.

You can also sign-up to receive email notifications whenever Brian K. Carr releases a new book.