Betty Thomason Owens writes romantic comedy, historical fiction, and fantasy-adventure. She has contributed hundreds of articles and interviews to various blogs around the Internet and is an active member of American Christian Fiction Writers (ACFW), where she is the coordinator of a critique group. She’s also a mentor, assisting other writers. She is a co-founder of a blog dedicated to inspiring writers, and a contributing editor for the soon-to-be launched online magazine, Imaginate.

Her 20’s era romance, Amelia's Legacy, Book 1, Legacy Series, released October, 2014 (Write Integrity Press). She also writes contemporary stories as a co-author of A Dozen Apologies and its sequel, The Love Boat Bachelor, releasing January 26, 2015. She has two fantasy-adventure novels, The Lady of the Haven and A Gathering of Eagles, in a second edition published by Sign of the Whale BooksTM, an imprint of Olivia Kimbrell PressTM. Coming up next, a 1950’s historical novel based on the Book of Ruth, Annabelle’s Ruth, Book 1, Ruth Series (Write Integrity Press).

Born in the Pacific Northwest, Betty grew up in such exotic places as West Tennessee and San Diego, California. She lives in the Bluegrass region of Kentucky with her husband. They have three sons and seven grandchildren.

What is the greatest joy of writing for you?
I love the idea of giving people pleasure by leading them down the path of a great adventure.
What do your fans mean to you?
They are the reason I continue to write. I love their comments good and bad. Both spur me on to improve my craft.
Read more of this interview. 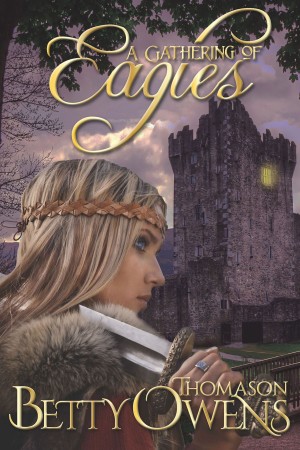 A Gathering of Eagles by Betty Thomason Owens
Price: $2.99 USD. Words: 86,120. Language: English. Published: May 13, 2014. Categories: Fiction » Christian » Fantasy, Fiction » Christian » General
Sent on a mission to reunite the war-torn kingdom of Coldthwaite, Lady Jael and Prince William will face a darker enemy than either has ever encountered. Will their love survive? 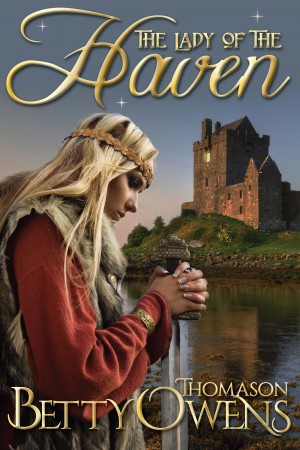 The Lady of the Haven by Betty Thomason Owens
Price: $2.99 USD. Words: 102,850. Language: English. Published: May 1, 2014. Categories: Fiction » Christian » Fantasy, Fiction » Christian » Historical
Jael of Rogan, a young woman with a past shrouded in mystery, fights for a future with the Prince who promised to protect her. Can she, an outcast, ever hope to gain the heart of the prince?

You have subscribed to alerts for Betty Thomason Owens.

You have been added to Betty Thomason Owens's favorite list.

You can also sign-up to receive email notifications whenever Betty Thomason Owens releases a new book.