Born in Chicago, Walt Christophersen is a lifelong journalist who began as a columnist on the campus newspaper at his alma mater, the University of the Pacific in Stockton, California. Most of his career was devoted to TV news, working at stations owned by or affiliated with CBS and NBC. Like many others in the business, his jobs took him to half a dozen cities between North Carolina and Southern California, holding a variety of positions such as writer, producer, reporter, copy editor, assignment editor and news director. For nine years spread over the 80s and 90s, he lived and worked in Germany, first as a reporter for a weekly TV newsmagazine produced in Cologne for PBS and later as a writer/editor for Radio Free Europe in Munich. He recounts what it was like to live and work in Europe in his first book, A Temporary European, published in 2009. His second book, By Ship, Train, Bus, Plane & Sometimes Hitchhiking, out in 2011, is strictly about travel, with an emphasis on getting from one place to another. It covers trips he made in the 1960s and 70s which included exploring dozens of islands in the Pacific as well as making a six-month journey from Beirut to Tokyo. During the mid-70s, his travel articles and photographs were published by a number of major newspapers including the Los Angeles Times, Chicago Tribune and Boston Globe. His last full time job was editing copy for CNN International in Atlanta. 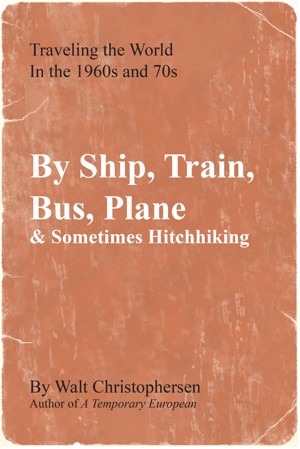 By Ship, Train, Bus, Plane & Sometimes Hitchhiking by Walt Christophersen
Price: $2.99 USD. Words: 62,080. Language: American English. Published: September 12, 2013. Categories: Nonfiction » Travel » Trip Journals
Veteran travel writer Walt Christophersen chronicles his experiences as he journeys around much of the world in the 1960s and 70s, with an emphasis on getting from one place to another. He hops across the Pacific visiting dozens of islands between Tahiti and Yap, sails down the Amazon and travels mostly overland from Beirut to Tokyo, witnessing Afghanistan at peace and Vietnam at war. 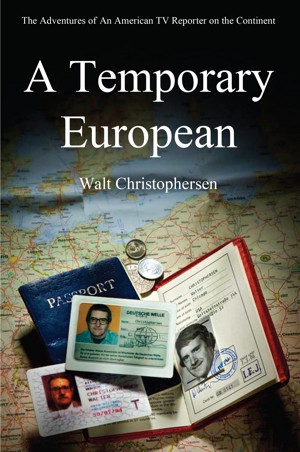 A Temporary European by Walt Christophersen
Price: $2.99 USD. Words: 63,390. Language: American English. Published: September 12, 2013. Categories: Nonfiction » Travel » Trip Journals
What it was like to live and work as an American reporter in Europe in the mid-1980s, covering stories for a weekly PBS TV newsmagazine. Assignments take author Walt Christophersen to the Normany invasion beaches and Dresden to cover wartime anniversaries. He also confronts gypsy pickpockets in Paris and tracks down Sherlock Holmes in Switzerland.

You have subscribed to alerts for Walt Christophersen.

You have been added to Walt Christophersen's favorite list.

You can also sign-up to receive email notifications whenever Walt Christophersen releases a new book.