Robert Bonomo is a blogger, novelist and practicing esotericist. He has lived and worked in Madrid, San Francisco, Buenos Aires, Kamchatka, Miami, Valencia, Cartagena, New York and a few other not so interesting places. He speaks fluent Spanish and a very spotty Russian.

He released his fourth novel, Your Love Incomplete, in August of 2013. It's available as a free ebook along with two of his previous novels, Cactus Land and Twilight Breakout.

Your latest novel, 'Your Love Incomplete', goes deeply into esoteric topics. How did you get interested in the occult?
I have always been interested in religion, and in my twenties I got quite involved with Zen. About five years ago, looking for a strong narrative structure, I started exploring the Tarot and realized that the 22 Major Arcana of the Tarot were a fabulous narrative frame. But the more I got involved with the Tarot, the more I realized that to understand the cards, one has to also be knowledgeable in Kabbalah, astrology and alchemy, and from there I moved on to Gnosticism and before I knew it, I was completely enveloped in the esoteric world. Part of this exploration is explored in the novel.
The subtitle of 'Your Love Incomplete' is- 'An escape from the Matrix'. What does that really mean?
'Your Love Incomplete' is about waking up to the Matrix. What I mean by the Matrix is the web of social, financial and religious control that we are subjected to through television, Hollywood, the corporations, the banking system, the political system and even the food we eat. In the novel, the main character starts ‘waking up’ through his obsession with conspiracy theories, and little by little, he begins to understand the complexity of the entire Matrix.
Read more of this interview.

Where to find Robert Bonomo online 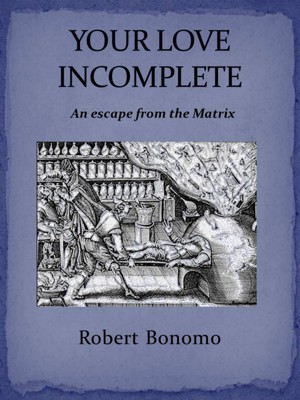 Your Love Incomplete by Robert Bonomo
Price: Free! Words: 106,260. Language: English. Published: August 3, 2013. Categories: Fiction » Themes & motifs » Spiritual & metaphysical
Arthur Edwards had a cushy Silicon Valley marketing job but his taste for conspiracy theories and the guidance of a mysterious esotericist begin to open his eyes to the Matrix. His hardboiled path to awakening will take him from the SF Bay Area to the far reaches of Russia. Your Love Incomplete is The Razor’s Edge for the digital age- a must read for all those searching for the courage to wake up. 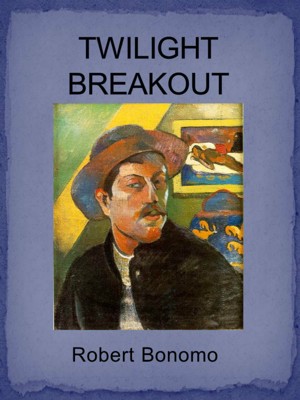 Twilight Breakout by Robert Bonomo
Price: Free! Words: 47,260. Language: English. Published: August 3, 2013. Categories: Fiction » Literature » Literary
What happens to a hard boiled, less than upstanding young man when he finds out that his own demise has become seemingly imminent? Twilight Breakout follows Johnny Lynch on his gut wrenching journey from South Florida to Spain as he comes to terms with his own mortality. 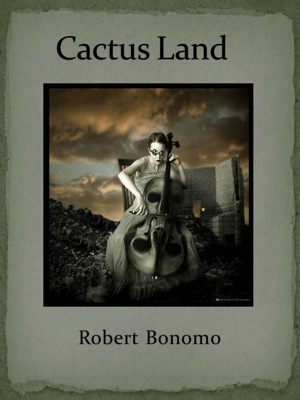 Cactus Land by Robert Bonomo
Price: Free! Words: 55,970. Language: English. Published: July 13, 2013. Categories: Fiction » Science fiction » Utopias & dystopias
The unease of a world unraveling is the essence of our time and of Cactus Land. In an unknown country plagued by vague wars and illusory terror, six people grapple with truth, love, and the end of time as we know it.