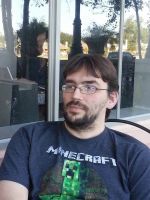 William Hill has practiced his craft in the depths of space, in decaying cities, and just outside of the realm of the living. He studied at the University of North Carolina at Wilmington, and has since worked on several projects, including a space opera series. You can find him in coffee shops and on the internet. In addition to his fiction work, he writes about video games and records podcasts for Z-Trigger.

Do you remember the first story you ever wrote?
The first serious piece of fiction that I ever tried to write was in the middle of high school. This was period of time where I realized that the only way I would ever be taken serious as a writer is if I wrote my own thing, rather than just playing the Star Wars universe in every hand. This is the point where I admit that I wrote fanfic, and where I also inform you that you'll never read that garbage. Nor will you ever read what I wrote in high school, because floppy discs weren't exactly the most sturdy medium for information storage.

This story existed in the middle of the night and in the free writing sessions of eleventh grade English class. It starred a thief whose name exists in future releases, and detailed an adventure that never came to life in England after a series of nonsensical wars that I knew nothing about. It was rife with cliches, and I won't lie, I enjoyed trying to write it. Considering that I never wrote more than twenty pages on "a series of five novels", it's not something I have a lot to say about. It was an important moment, but it was far from great writing, and even further from legitimate storytelling.

The first story I ever finished? Well...that was in college. And it was awful. I was never meant to write "literature".
What is your writing process?
Flexible. It involves pacing, talking to myself, scribbling, doodling, pages upon pages of nonsense in a medium sized notebook, outlines, and then, a horrific first draft. There is often coffee involved, various pastries, and sometimes Chex Mix. It's rather ugly.
Read more of this interview.

Where to find William B Hill online 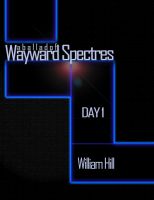 A Ballad of Wayward Spectres by William B Hill 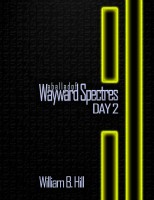 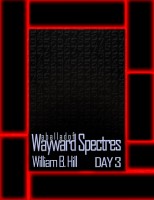 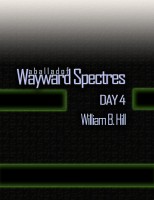 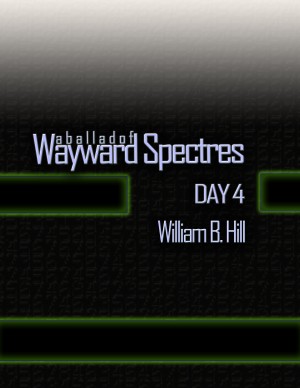 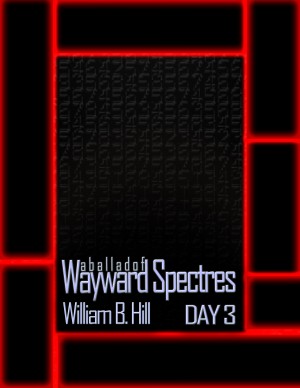 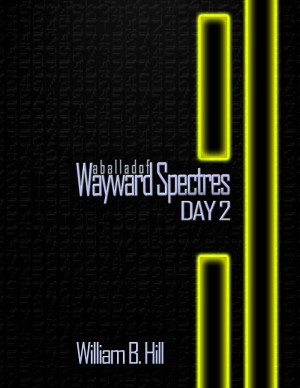 A Ballad of Wayward Spectres: Day 2 by William B Hill
Series: A Ballad of Wayward Spectres, Book 2. Price: Free! Words: 17,860. Language: English. Published: May 27, 2014. Categories: Fiction » Science fiction » Cyberpunk, Fiction » Thriller & suspense » Crime thriller
After waking beneath bleak skies, Alyson searches for a way to clear her name. Her tools were destroyed in her escape from the Broadway Walk hotel, and the police are hot on her trail. Martin and Rich are searching for Tomas Dekare’s killer following a trail of clues that lead them to believe that there is more to their investigation than they previously thought. 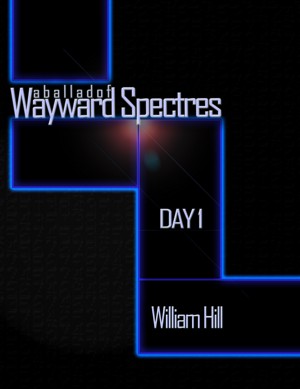 Alyson Reid fled from home at the age of seventeen, surviving off of the wealthy by stealing their identities and draining their bank accounts. After a banking executive is murdered, she inadvertently takes on his wife's identity, and draws the attention of the police and the bank's internal investigation staff.

You have subscribed to alerts for William B Hill.

You have been added to William B Hill's favorite list.

You can also sign-up to receive email notifications whenever William B Hill releases a new book.