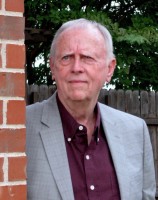 Caleb Pirtle III began his career writing about history and travel. He learned quickly, however, that what happens is never as important as those who make it happen. Many of those people have made their way into his novels.

Pirtle is the author of more than 65 published books, including the new noir suspense thrillers, "Golgotha Connection," "Secrets of the Dead," "Conspiracy of Lies," and "Night Side of Dark. His other novels, include "Deadline," and "Little Lies." He has written such award winners as "XIT: The American Cowboy," "Callaway Gardens: the Unending Season," "The Grandest Day," "Echoes from Forgotten Streets," and "Spirit of a Winner." His nonfiction works include Gamble in the Devil's Chalk and No Experience Required.

He earned a journalism degree from The University of Texas and became the first student at the university to win the national William Randolph Hearst Award for feature writing. As a reporter for the Fort Worth Star-Telegram, Pirtle received both the Texas Headliner's and Associated Press Awards.He served as travel editor for Southern Living Magazine, and his travel writing was given the National Discover America Award three times. For more than two decades, Pirtle was editorial director for a custom publishing company in Dallas.

He has written three teleplays for network television, including "Gambler 5: Playing for Keeps," a mini-series for CBS and "The Texas Rangers" for John Milius and TNT. Because of the success of the CBS mini-series, Pirtle was asked to write two novels, "Jokers Are Wild" and "Dead Man's Hand" for Berkeley. His blogs appear regularly on http://venturegalleries.com.

Ambrose Lincoln by Caleb Pirtle, III
War rages through Europe, and the American government sends Ambrose Lincoln to places where others fear to go. But Lincoln has an advantage. His mind has been erased by mind control treatment, by LSD, by electrical shocks that re-map his brain after every assignment. He’s a man with no memory. He no longer fears death. He wonders if he’s already died and living in the pits of purgatory. Lincoln is America’s eyes, and he alone must uncover the secrets of enemy nations and rogue agents. The fate of his country depends on him. He’s a man who doesn’t exist thrown into a world that’s trying to kill him. In Secrets of the Dead, Lincoln is dispatched to Baden-Baden to find rolls of film that reveal to the world the threat that a world faces if Hitler's march isn't stopped. In Conspiracy of Lies, he’s assigned to discover and silence the spies who are stealing plans for the atomic bomb and selling them to Russia and Germany. In Night Side of Dark, he searches for an ancient religious painting, missing for centuries. It’s a mythological tear in time, and it offers the German hierarchy a final, miraculous chance to escape a war they know they can’t win. He must find it bef 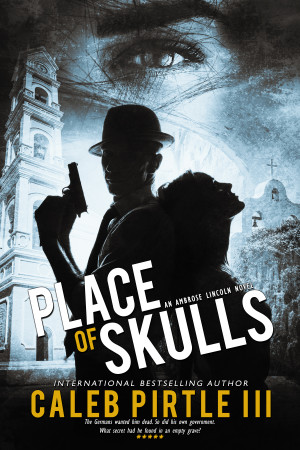 Place Of Skulls by Caleb Pirtle, III
Price: $4.99 USD. Words: 124,590. Language: English. Published: May 8, 2017 by Y&R Publishing. Categories: Fiction » Thriller & suspense » Spies & espionage
A man with no known past and no name has been dispatched to the deserts, ghost towns, and underbelly of drug-infested Mexico to uncover a secret that could forever change the scope and teachings of Christianity. In Ambrose Lincoln’s quest to find the answers, he becomes involved in a rogue plot to invade Mexico and wage an unholy war on drugs, financed by operatives working for Hitler’s German. 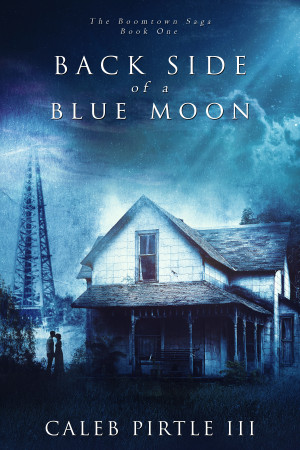 Back Side of a Blue Moon by Caleb Pirtle, III
Price: $3.99 USD. Words: 104,580. Language: English. Published: April 28, 2017 by Y&R Publishing. Categories: Fiction » Historical » USA, Fiction » Romance » Historical
Ashland in the 1930s is dying on the vine. Hard times have made it a virtual ghost town. But Doc Bannister comes into town with a homemade doodlebug machine and says he can find oil and make them all rich. Is he a con artist? Or is he a miracle man? When he drills on the farm of Eudora Durant, does he find oil, or does he find love? And what will happen to Ashland if his promises are all lies? 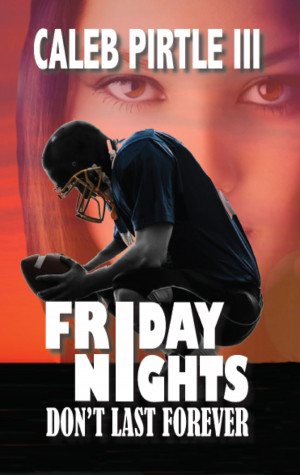 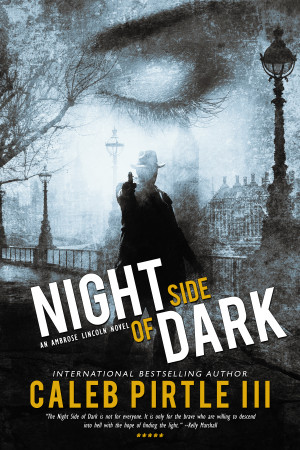 Night Side of Dark by Caleb Pirtle, III
Series: Ambrose Lincoln. Price: $4.99 USD. Words: 100,230. Language: American English. Published: February 27, 2017 by Y&R Publishing. Categories: Fiction » Thriller & suspense » Spies & espionage, Fiction » Mystery & detective » Historical
American operative Ambrose Lincoln has no idea where he is or has been or where he's going. He believes he has been to the night side of dark, a place of the first death, from which no one can return. So why does he find himself on the bomb-ruined landscape of Poland, or has he been exiled to the second death? 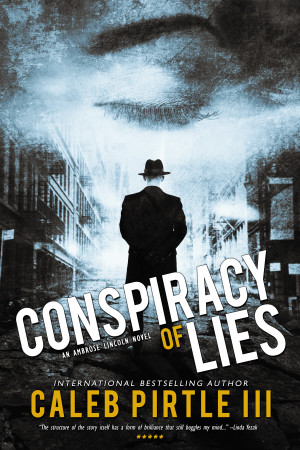 Conspiracy of Lies by Caleb Pirtle, III
Series: Ambrose Lincoln. Price: $4.99 USD. Words: 69,100. Language: English. Published: January 23, 2017 by Y&R Publishing. Categories: Fiction » Thriller & suspense » Spies & espionage, Fiction » Thriller & suspense » Action & suspense
It was the race for the bomb. America was at war a long way from home. Hitler’s war machine was storming across Europe. Ambrose Lincoln was himself a human experiment, a man whose mind had been erased by electronic shock treatments because the rogue operation believed he could be more effective if he wasn’t shackled by memories of the past. 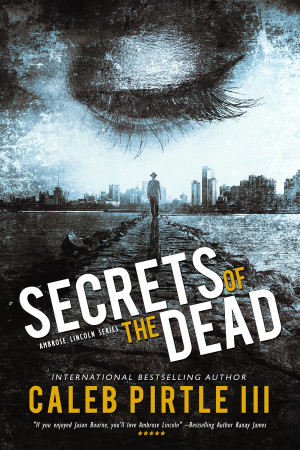 Secrets of the Dead by Caleb Pirtle, III
Series: Ambrose Lincoln. Price: $2.99 USD. Words: 62,760. Language: English. Published: November 25, 2016 by Y&R Publishing. Categories: Fiction » Thriller & suspense » Spies & espionage, Fiction » Historical » General
Ambrose Lincoln is one of the government’s prized operatives, a trained assassin, a man whose past is continually erased by mind control tactics and shock treatments. His days have no meaning. He no longer fears death. As far as he is concerned, a man without a memory is a man who’s already dead...

You have subscribed to alerts for Caleb Pirtle, III.

You have been added to Caleb Pirtle, III's favorite list.

You can also sign-up to receive email notifications whenever Caleb Pirtle, III releases a new book.