I retired in 2012 from the Texas Commission for Environmental Quality--Web Administrator for the Water Quality Division. I'm a native Texan and I have a 1971 Bachelor of Arts Degree from Southwest Texas State University (now Texas State University) where I majored in History and minored in Biology. I also have a Texas Elementary Teaching Certificate and a California Standard Teaching Credential, neither of which I have ever used. I've never been married and I currently have three cats: Mocha Cappuccino and two of her sons Giancarlo and Salvatore.

My short novel "Primitive Life" is available at Smashwords. It. and four other books can also be found at Amazon.Com. I have written several plays, three of which have been produced locally, including my musical "Chanteuse" which has received two productions and whose music won a 2011 ASCAPlus Award from the American Society of Composers, Authors and Publishers.

I currently frequent local open mics singing my songs as well as reading my poetry and excerpts from my prose.

Where to find Louise Richardson online

"Cossacks" and "Flowers of Springtime"
In my musical "Chanteuse" 1950s Greenwich Village coffee house proprietor Sidney Feldman comments on the fans of the folk singing duo of Johanna Clarke and Darcy Bailey as he remembers his testimony before a witch hunting congressional committee. This clip is from the 2011 production at the Silver Spur Theater in Salado, Texas. 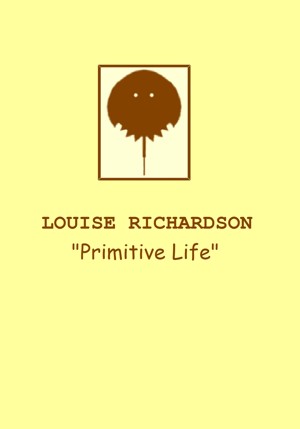 Primitive Life by Louise Richardson
Price: $0.99 USD. Words: 32,000. Language: English. Published: November 21, 2012. Categories: Fiction » Literature » Plays & Screenplays, Fiction » Cultural & ethnic themes » Cultural interest, general
"Primitive Life" is two stories, one ancient and one modern. The modern plot has to do with love, academic politics, murder, justice, duty and shifting points of view. The ancient tale is quite familiar although it is millions of years old. We come to see human nature may predate humanity itself.

You have subscribed to alerts for Louise Richardson.

You have been added to Louise Richardson's favorite list.

You can also sign-up to receive email notifications whenever Louise Richardson releases a new book.