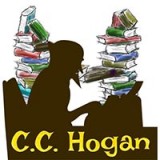 CC Hogan is a writer and old muso that loves nothing more than cuddling up with an idea, a glass of wine, a pot of hot coffee and chucking words around happily. Alright, he also just likes cuddling, but that is less interesting.

He is a Londoner born and bred but dreams of a tiny cottage by the sea.

At the moment he is buried in a world called Dirt, a huge fantasy that spans a thousand years and is a tale of love, war, family and dragons. Unsurprisingly, in the book can be found a cottage by the sea...

CC also likes to write poetry and is trying to learn how to draw. He is always happy to answer questions, though the quality of answers may depend on time of day, wine quantity, full stomach, lack of money and so forth...

What's the story behind your latest book?
My latest book is the beginning of a new fantasy journey called Dirt. Set on a world of the same name, it tells the story of a young man, Johnson Farthing, who lives in a coastal town with his sister. Farthing is desperately poor. The two of them were abandoned by their father when young and, with the help of some friends, they have brought themselves up, scraping around to find enough work to live. When they were younger, they even stole food.

Times are a little better now. Farthing's sister works as a maid and he scratches a living shifting dirt in a handcart, doing odd jobs and, currently, is digging a well. Then his sister is kidnapped by slavers and his world changes for good.

With the help of good people, Farthing chases across the world of Dirt carried by a beautiful Sea Dragon called Fren-Eirol to rescue his sister.

But this is just the beginning and the story escalates into a fight for freedom and a war that will spread across continents.

Dirt is a High Fantasy Saga about war, people, freedom, love and the search for a home. The dragons may be huge, but they are intelligent, cultured and live in communities with their own needs and their own story. The magic is subtle and mistrusted, and problems cannot be solved at the wave of wand.

This is a real world, full of humour and love, but it is a desperate world, and Johnson Farthing is about to change it all.

The first series is three books long, plus a sequel that tells of the aftermath and acts as a prelude to series two.
What motivated you to become an indie author?
If I am to be terribly honest, I have to say that the lack of an agent would be it!

Where to find CC Hogan online

When Be-Eirol first met Mab-Aneirin and Weasel
One of the stars of Dirt is the beautiful Sea Dragon known as Fren-Eirol. This is a very short story set a few hundred earlier, when the young dragon was still known as Be-Eirol, and tell of how she first me the magician Weasel and the Red Dragon who was to become her pairing, her husband if you like, Mab-Aneirin.

Dirt 2 - The Story of Silvi Farthing by CC Hogan
Five hundred years have passed since the war in The Prelates, now called Preland after Pree. The people have squandered the legacy left by Pree and Johnson Farthing, and the federation founded by the southern states has collapsed. Across both Preland and Bind, the population is smaller, poorer and fragmented, and the people are ruled by greedy, petty kings, barons and warlords. The humans of Dirt have forgotten their past, have few hopes for their future and the dragons are now nothing more than silly tales in children’s stories and songs. But the disease that threatened to destroy all the dragons has changed and is no longer fatal. And in Angyn, the dragons want to come home.

Dirt 1 - The Story of Johnson Farthing by CC Hogan
The first series of the high fantasy saga, Dirt. Johnson Farthing is a poor cart pusher in the coastal town of Wead-Wodder. He is about as poor as you can get and still have some sort of roof over your head. When his sister is kidnapped by slavers, Farthing has to chase across the ocean on a huge, intelligent Sea Dragon and in the company of an ancient magician. But what starts out as a rescue mission will soon plunge Farthing and his friends into a desperate fight for survival and war. Follow his journey in this beautiful saga of love, war, friendship, family and the search for freedom. Find out more at the Dirt website: www.AWorldCalledDirt.com

Yona and the Beast
Price: Free! 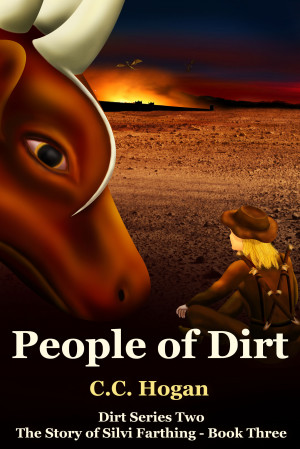 People of Dirt by CC Hogan
Series: Dirt 2 - The Story of Silvi Farthing. Price: $3.99 USD. Words: 228,490. Language: English. Published: January 19, 2017. Categories: Fiction » Fantasy » Epic, Fiction » Young adult or teen » Fantasy
It is hard to see which is worse. The siege of Don in the beautiful kingdom of Sarn, the enemies beyond the Red Mountains who wish to wipe out the dragons, or the terrible winter in the north that is starving thousands. Can the young Silvi Farthing lead the people of Dirt? Can the dragons save the refugees? People of Dirt; the dramatic finale of Dirt, series two. 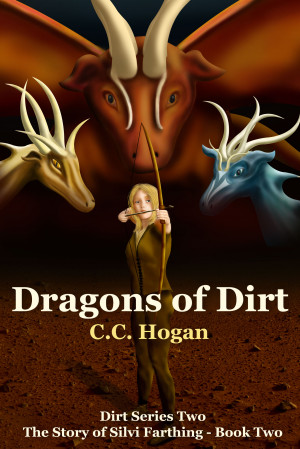 Dragons of Dirt by CC Hogan
Series: Dirt 2 - The Story of Silvi Farthing. Price: $3.99 USD. Words: 174,790. Language: English. Published: January 11, 2017. Categories: Fiction » Fantasy » Epic, Fiction » Young adult or teen » Fantasy
The dragons are returning to Preland and Bind, but while Silvi, Ferret and Mistry search for the descendant of the Cwendrina, forces are building that might ruin their plans. 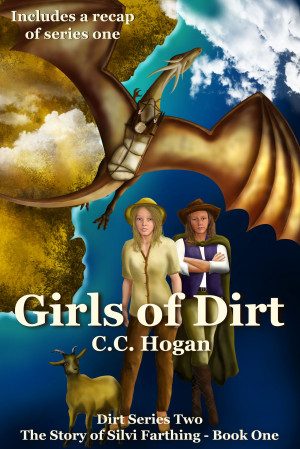 Girls of Dirt by CC Hogan
Series: Dirt 2 - The Story of Silvi Farthing. Price: Free! Words: 167,380. Language: English. Published: December 14, 2016. Categories: Fiction » Fantasy » Epic, Fiction » Young adult or teen » Fantasy
It is five centuries later and the disease that was killing the dragons is no longer a threat. They want to come home. Can Silvi, the distant descendant of Johnson Farthing become a rider and find a country that will accept the dragons in a world where most think dragons are nothing but children's stories? 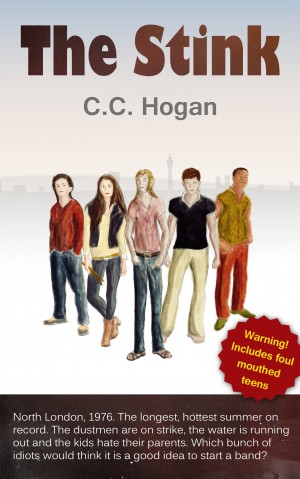 The Stink by CC Hogan
Price: $2.99 USD. Words: 132,270. Language: English. Published: July 23, 2016. Categories: Fiction » Young adult or teen » Urban, Fiction » Coming of age
North London, 1976. The longest, hottest summer on record. There are strikes, the water is running out and the kids don't understand their parents. Which bunch of idiots would think it is a good idea to start a band? Five sixteen-year-olds take over an abandoned building to rehearse and end up wrapped in a coming-of-age tale, of love, mayhem and murder! 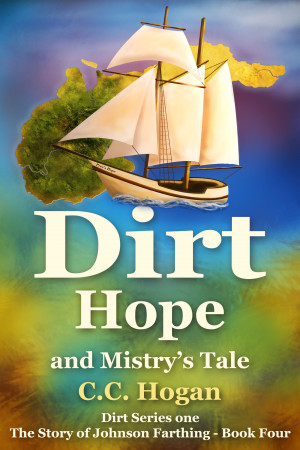 Hope by CC Hogan
Series: Dirt 1 - The Story of Johnson Farthing. Price: $1.99 USD. Words: 71,700. Language: English. Published: November 3, 2015. Categories: Fiction » Fantasy » Epic, Fiction » Young adult or teen » Fantasy
Book 4, Season 1 - 4th EDITION (2018) - The fantastic sequel to series one of the high fantasy Dirt. It is ten years later but the world is still not at peace. A wonderful tale of looking for freedom and a home. Includes the short story Mistry's Tale, the prelude to Dirt, Series Two. 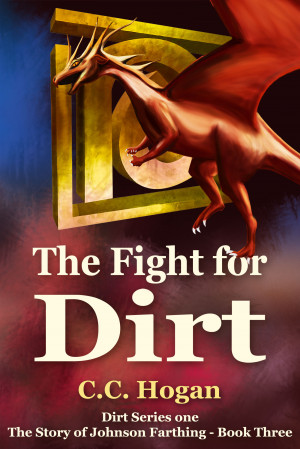 The Fight for Dirt by CC Hogan
Series: Dirt 1 - The Story of Johnson Farthing. Price: $2.99 USD. Words: 179,060. Language: English. Published: November 3, 2015. Categories: Fiction » Fantasy » Epic, Fiction » Young adult or teen » Fantasy
Book 3, Series 1 - 2nd Edition (June 2016) A Tale of dragons, freedom and the search for a home. The dramatic finale to Dirt, series one and Farthing and the battles continue as Farthing rebuilds his army. They must choose the perfect moment to fight back, to free Dirt from the stranglehold of the Haftens and the Heinela Cwendrin. 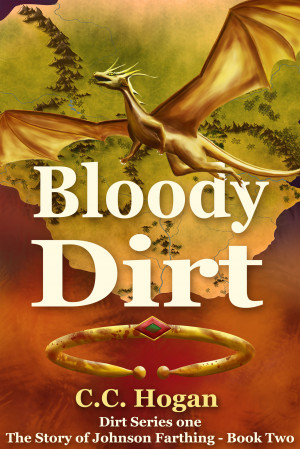 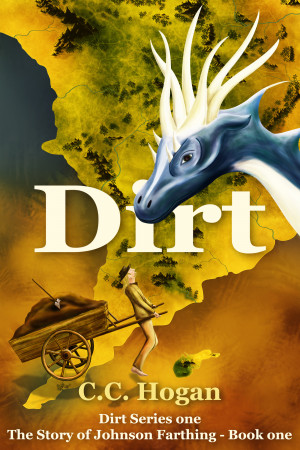 Book 1, Season 1 - 4th EDITION (2018) - A fantastic tale of love, war, friendship and dragons! Follow the journey of Johnson Farthing as he races across an ocean carried by a beautiful sea dragon to rescue his sister from slavers. But this is just the beginning, and his world is about to change forever. 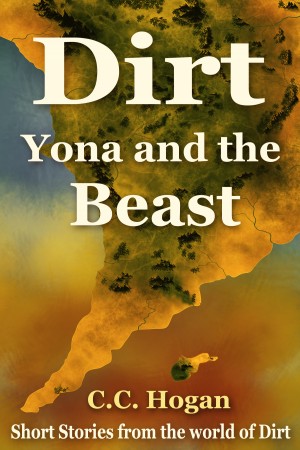 A beautiful and heart-rending short story about the slave called Yona and a huge Calliston, set on the world of Dirt. Yona is cold, as are the others, but with the help of a stranger, they escape from confinement and flee across the continent of Bind on a huge beast. This fantasy tale is set during the same period as the events in Dirt, series one, but can be read on its own.

You have subscribed to alerts for CC Hogan.

You have been added to CC Hogan's favorite list.

You can also sign-up to receive email notifications whenever CC Hogan releases a new book.