Chris Davies Curtis now lives in the north of Auckland, in Whangaparaoa, Auckland, New Zealand to be near son Roy and family. Much of her very adventurous life has been spent as a community nurse, in London, the tiny feudal Island of Sark in the British Channel Isles, and New Zealand. She also ran a guest house and smallholding in Sark and toured New Zealand for two years in a Bedford van. She has travelled extensively, and now is writing about her experiences, self-illustrating her books.

When did you first start writing?
My father wrote and had published short stories and I dabbled a little as I grew up, with his support. I did not start writing in earnest until 2009, although I had a short story read on the NZ radio in 1974.
What's the story behind your latest book?
I have just written a 'Medical Romance', covering the training and sexual adventures of three trainee nurses in the 1950's in UK. I drew on my training experiences( but not personal sexual adventures!) as a nurse in that era. It is about to be launched on eBooks. It is called 'The Nightingale Pledge' which is was a compulsory code of conduct in those days. One Nurse is middle-class and from a protected home; one is from a wealthy family and interested in anything in trousers, and the third is part NZ Maori who had had an illegitimate baby in NZ.
Read more of this interview. 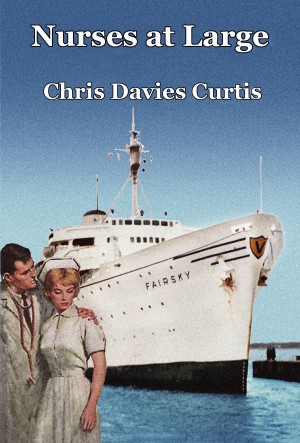 Nurse at Large by Christine Davies Curtis
Price: $1.99 USD. Words: 44,410. Language: English. Published: May 1, 2020. Categories: Fiction » Romance » General
Tina, Sally and Hine trained together as nurses in a large English hospital, sharing experiences and romances, in 'Nurses in Training.' In this sequel which can be read as a stand alone, Sally is married and Tina and Hine travel out by ship to New Zealand to try to find Hine's little son Tane. In the process they both find romance;Hine with a lonely doctor and Tina with a wild Scotsman. 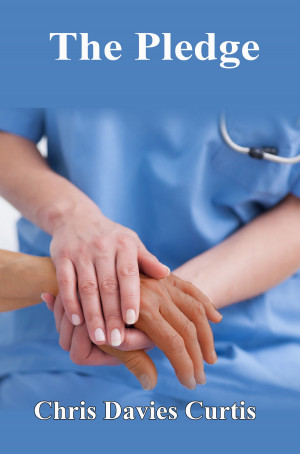 The Pledge by Christine Davies Curtis
Price: $5.99 USD. Words: 129,400. Language: English. Published: November 12, 2017. Categories: Fiction » Romance » Adult, Fiction » Themes & motifs » Medical
Sally, Hine and Tina meet for the first time as trainee nurses in a large English hospital. As they take the Nightingale Pledge, little do they realize they will also make a pledge of a friendship which will last the rest of their lives and that they will soon have exciting adventures with the opposite sex. 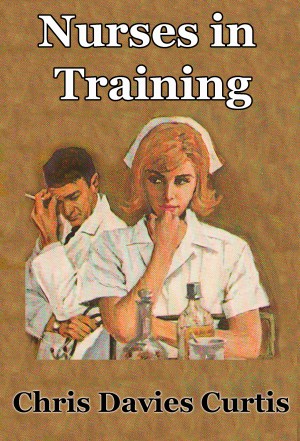 Nurses in Training by Christine Davies Curtis
Price: $1.99 USD. Words: 44,600. Language: English. Published: July 7, 2015. Categories: Fiction » Romance » General
Tina, Hine and Sally are three trainee nurses in a large English hospital in the 1950s. They come from very different backgrounds but form a firm friendship. Together they face the challenges of their training and the development of relationships with the opposite sex. They face many sad, exacting and even funny experiences before each girl finds her future path. 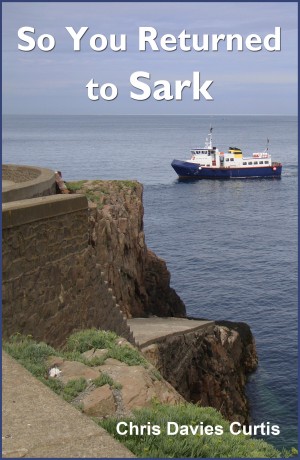 So You Returned to Sark by Christine Davies Curtis
Price: $1.99 USD. Words: 50,770. Language: English. Published: October 29, 2014. Categories: Nonfiction » Biography » Autobiographies & Memoirs
In ‘So You Returned to Sark’ Chris’ marriage comes to a dramatic head. She returns to Sark with ‘the love of her life,’ Peter, and begins a very different existence to the one she had earlier when she ran a guest house and smallholding in this tiny Feudal Island just off the French coast. She is the district nurse and trains as a homeopath, visiting patients by bike as there are no cars. 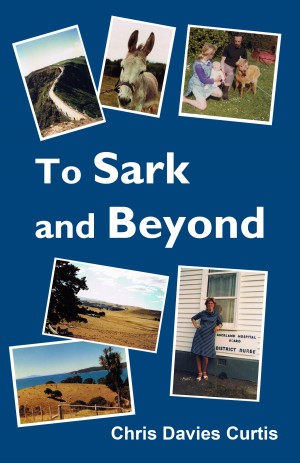 To Sark and Beyond by Christine Davies Curtis
Price: $5.99 USD. Words: 103,470. Language: English. Published: July 9, 2014. Categories: Nonfiction » Biography » Personal memoir
Chris Davies Curtis has combined her first 3 books: first she is a District Nurse in London in the 1960's. Then she and her husband move to the Feudal Island of Sark to run a guest house and smallholding of 200 hens, goat and a donkey; they travel to NZ by ship, touring in a delivery van they explore work there for 2 years, finally emigrating and Chris gets a job as a rural District Nurse. 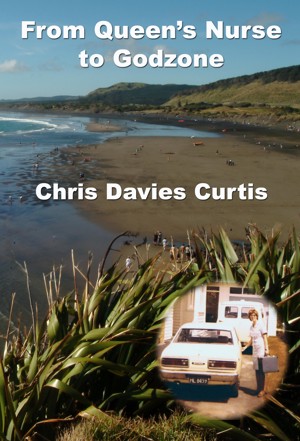 Tales of real life district nursing in London in the sixties and New Zealand in the seventies. Follow Chris as she cycles round the rough streets of London and later drives around a large rural area, visiting her patients. There is pathos and humour. 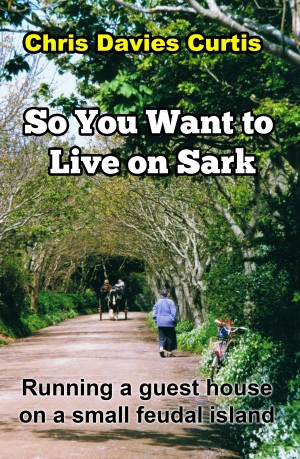 An amusing an poignant true story of a couple's move to the tiny car-free Feudal Island of Sark in the British Channel Islands. Chris and Ken Davies opened a guest house and also ended up with 200 hens, hives of bees, milking goats, two cats the dog Hugo and donkey Pedro. Chris nursed in the community mix of Sarkese and English, and we meet many characters. Delighfully illustrated by the author. 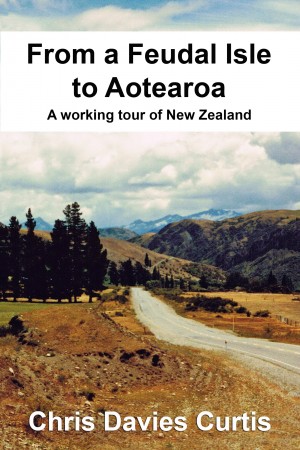 In 1972 Chris, Ken and young son Roy left their guest house on the tiny feudal Island of Sark and took ship for New Zealand. They bought a Bedford van and spent two years working and touring in both Islands. This is the true story of the trip out; the many places visited and jobs taken,from Matron of a small Auckland hospital to running a motel and giving horse and carriage rides to guests.

You have subscribed to alerts for Christine Davies Curtis.

You have been added to Christine Davies Curtis's favorite list.

You can also sign-up to receive email notifications whenever Christine Davies Curtis releases a new book.