Christian Exenberger was born in South Africa, where he has lived for most of his life; except for a few of his early years, when he was very young and couldn't even count yet, and lived in Austria. He moved to Australia in 2016, where he lives near the sea with his wife and children, and where he was able to ditch the drudgery of work for a while, and indulge his ambitions to write.
His lifelong passion for science-fiction began early in life, around the time when he was learning to count, and when the buzz of the first moon landing was still fresh in the world's memory. He grew up on a diet of Asimov, Clarke, Price and L'Amour; Sci-fi, adventure, and shooting bad guys at noon.
Christian would probably have become a scientist if he wasn't such a dreamer. But every interesting fact he learned, held the potential to take him on an adventure, somewhere deep into his daydreams. And when the lessons were boring he was sure to be M.I.A as well. He still wonders how many of his teachers, who barely noticed the attentive, well behaved boy sitting quietly in the front row, realised that they might as well have marked him absent most of the time.
So he became a software developer, a curse which has kept him too busy to spend much time writing… until now. His style is hardcore science fiction, taking a few small liberties with the science for the sake of the fiction.
Christian writes near future science fiction, which seems as though it would be nearly possible to achieve with technology as it currently is. Nearly, but not quite. He also enjoys throwing some erotica into the mix, whenever it's appropriate to the story while trying to bring the reader into the character's point of view, to experience the story from the character's point of view.
Christian's first full-length novel, The Gantry, released in July 2016, started life in 2001. Written in the gaps between job, wife and kids, it finally had the words "The end" added to its pages in 2012. Four years later, after long hours of arduous polishing, Christian has turned it into something someone might actually want to read.

How do you discover the ebooks you read?
I have several methods. Most of what I read is for reference purposes, so I go looking for books on specific topics. I look for books recommended by friends and sometimes I just browse the catalogues to see what jumps out and grabs me
Do you remember the first story you ever wrote?
Yes. Well, the first story I ever wrote which I enjoyed writing. It was my second year in primary school, the story was for English homework. But where thirty vaguely intelligible words would have sufficed, I wrote a five page, illustrated story about the adventures of a kite who escapes from his line and heads of into the wide blue yonder.
Read more of this interview.

Where to find Christian Exenberger online 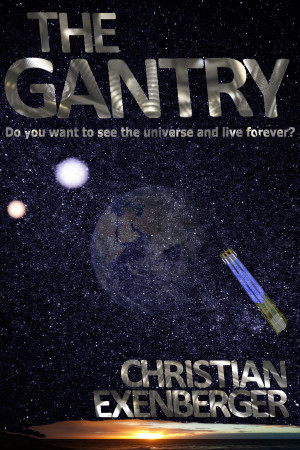 The Gantry by Christian Exenberger
Price: Free! Words: 88,270. Language: British English. Published: November 9, 2016. Categories: Fiction » Science fiction » Hard sci-fi
Ian joins the crew of The Gantry freighting cargo to the stars. A world of solitude, where space and religious extremism try to kill him at every turn. Where human contact is scarce and advantage must be taken at each encounter. Where decades go by in hibernation and time is meaningless. Where medical advances strip the years from Ian, giving him a glimpse of immortality. 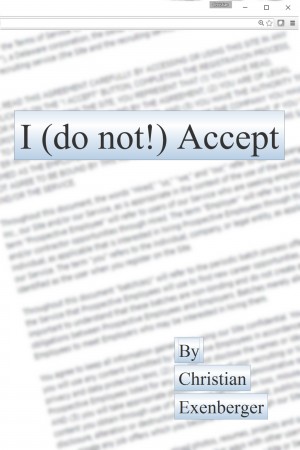 How often do we skip over terms and conditions we see on websites, and accept them without a second look? Well that's fine, it's a choice we make, we trust the lawyers not to put anything funny in there. But sometimes the website lawyers try to take the choice away from us, try to force us to accept things we might not want to accept. This is a very fictitious story about very real T's and C's. 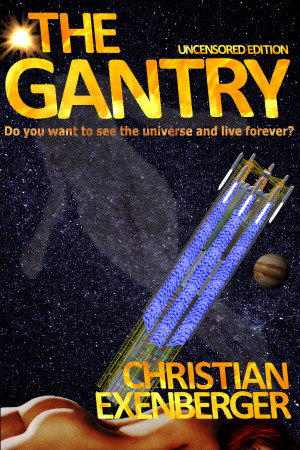 The Gantry by Christian Exenberger
Price: $2.99 USD. Words: 105,750. Language: English. Published: July 22, 2016. Categories: Fiction » Science fiction » Hard sci-fi, Fiction » Erotica » Sci-Fi Erotica
Ian joins the crew of The Gantry, freighting cargo to the stars. A world of solitude, where space and religious extremism try to kill him at every turn. Where human contact is scarce, and intimate advantage must be taken, at each opportunity. Where decades go by in hibernation and time is meaningless. Where medical advances strip the years from Ian, giving him a glimpse of immortality. 18+ SNVLP 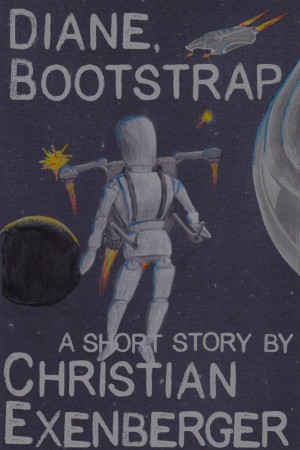 Diane is the guardian of the vessel E.S. Horizon, but things are not quite as they should be. There is a two century gap in her memory, her space suite seems to be optional and everyone is looking at her strangely. But she has a job to do, and she will do it no matter what.

You have subscribed to alerts for Christian Exenberger.

You have been added to Christian Exenberger's favorite list.

You can also sign-up to receive email notifications whenever Christian Exenberger releases a new book.