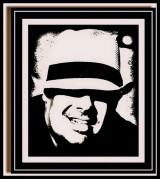 Best-selling horror author, Chris Mentillo, Ph.D., aka, "Doc Mentillo" was born in Auburn, New York. He grew up in Skaneateles, New York and later moved to the Boston, Massachusetts New England Area, where he finished receiving his formal education.

During his time in New England, he began writing about his real-life spiritual and paranormal experiences while documenting them in his personal journal. Many of these "true occurrences" he recorded were later used in his radio show broadcasts. This later lead to him writing about true-crime mixed with horror and the supernatural for which he believes all intertwine.

Additionally, he has written movie scripts, songs, and books that almost always fall into the supernatural horror genre or the Macabre. Other Authors such as H. P. Lovecraft, Stephen King, and Edgar Allan Poe also used the macabre atmosphere in their works. During his time working for a Boston entertainment research production company, Chris Mentillo helped with the production of the following television series and movies: "Bohemian Rhapsody," "The Grinch," "Venom," television series, "The Rookie," Worked for several Marvel comic super-hero films such as "Black Panther," and Avengers: Infinity War, horror movie, "Breaking In," and even a comedy, "Night School" with Kevin Hart. Chris Mentillo is also collaborating with horror authors Stephen King and his son Joe Hill.

What's the story behind your latest book?
Well...my book, A True Tale of Horror: "The Unhappy Heiress," is a short story taken from my unpublished anthology series, Tales of Horror. The majority of the literature written in my series is a compilation involving supernatural horror fiction, weird fiction, and the paranormal. The style of writing is Victorian/Gothic -- an 18th century memoir.

Not all of the stories written in the series pertain to this style of writing. So I specifically used, "The Unhappy Heiress" because of this reason. I really love the story, due to the originality of the literature. Reminds me a lot of Edgar Allan Poe - H.P Lovecraft style of writing, for which I believe is coming back to life, with regards to the supernatural horror realm.
What do your fans mean to you?
My fans mean everything to me. Without fans you have nothing, and I mean nothing at all. Period! Your fans are your biggest "support network" who have the ability, and power to build you up to become successful. So fans are "extremely important;" and not just for a writer or author, but for any kind of creative artist!
Read more of this interview.

Where to find Chris Mentillo online

Chris Mentillo Obliterated Movie/Book Trailer
Here is a Movie Book Trailer for Chris Mentillo's Best-selling supernatural thriller called, Obliterated, "Everything is About To Change." The book won several awards and was a top 10 Amazon best-seller. Watch the trailer and get the book.

Chris Mentillo Top 10 Best-selling Horror Books
Here you will discover horror author, Chris Mentillo's masterpiece horror books of the supernatural and even true-crime. Plenty of creepy and true tales to keep you interested throughout the foggy evening. Sit down and check out his movie book trailer of the best books around. Watch the video, share the video, and buy Chris Mentillo's Top-selling books. 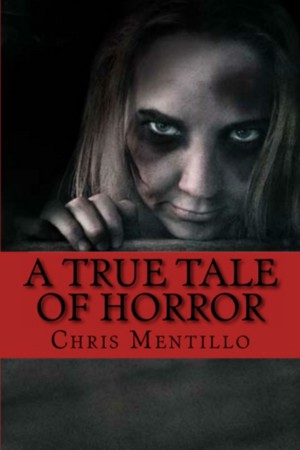 A True Tale of Horror by Chris Mentillo
Price: $0.99 USD. Words: 8,400. Language: English. Published: August 16, 2013. Categories: Fiction » Horror » Weird fiction
Chris Mentillo presents...a superb Victorian supernatural horror tale --taken from his short story collection, "Tales of Horror" series! This riveting tale will take you into a very old, dark, and eerie dwelling, where the past does not equal the future. Or does it?

You have subscribed to alerts for Chris Mentillo.

You have been added to Chris Mentillo's favorite list.

You can also sign-up to receive email notifications whenever Chris Mentillo releases a new book.