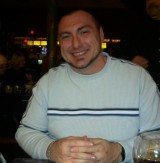 Chris Philbrook is the creator and author of Tesser as well as Elmoryn and Adrian's Undead Diary. AUD is Chris' sprawling zombie epic currently available on the AUD website and via the Kindle. Tesser was inspired by decade old Role Playing sessions, and has been percolating ever since.

Adrian's Undead Diary, the story that got Chris on the literary map now has two titles available. Book One: Dark Recollections, Book Two: Alone No More, and Book Three: Midnight, are now available. Book Four: The Failed Coward, is slated for a February 2014 release.

Chris' first book in print was The Wrath of the Orphans, the initial book of the Kinless Trilogy, set in his Elmoryn fantasy world. You can get it here on Amazon in print and for the Kindle as well.

For the 2014 calendar year, Chris has multiple released planned. Roughly every 6-8 weeks another of the core AUD novels will be released, as well as book two of The Kinless Trilogy; The Motive for Massacre. At some point as well he's planning on bringing his urban fantasy novel Tesser: A Dragon Among Us to print as well.

Both of Chris' primary book series' have been received by the public with overwhelming positivity. All of his titles are rated 4.90 or better, and there is no sign that'll change anytime soon. Dark Recollections as of this writing, is a top ten rated horror book on Amazon. There's a reason for that. Read the book to find out why.

Chris is the owner of Tier One Games LLC, his game development company. If you buy something from AUD, Elmoryn, or Tesser, you'll likely see the sale credited to Tier One Games.

Where to find Chris Philbrook online 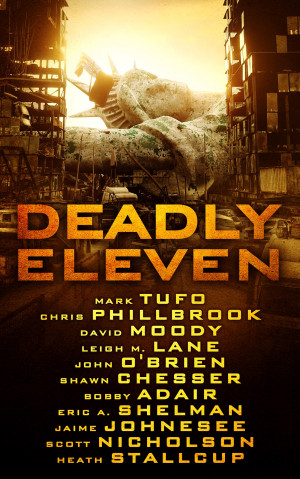 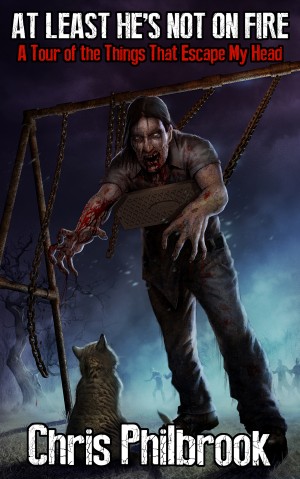 At Least He's Not On Fire is a sampler piece of the works of Chris Philbrook. It contains excerpts from Tesser: A Dragon Among Us, book one of Adrian's Undead Diary: Dark Recollections, as well as the beginning of The Wrath of the Orphans. It also contains three brand new short stories; All In, Hell Hole, and The Vampire of Menlo Park.

You have subscribed to alerts for Chris Philbrook.

You have been added to Chris Philbrook's favorite list.

You can also sign-up to receive email notifications whenever Chris Philbrook releases a new book.