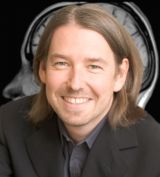 I'm a brain scientist. What drives my work is trying to understand a central characteristic of human nature: our intriguing capacity to feel what happens inside of others. This phenomenon I try to understand is epitomized when we watch Hollywood movies. Remember the scene in the beginning of Matrix, where Keanu Reeves almost slips off the roof? Well, even now, just thinking about that scene, my hands start sweating, I get tense, and my heart is beating faster. Why is it, that my body seems to get ready to fall off the roof, simply because I see someone else in that situation? Why are we so empathic? Why do we not need much effort of thought to feel what goes on in others?

During my studies of psychology and biology in Germany, MIT and Harvard, I realized how much looking at how the brain does something tells us about how our mind is made. Over the years, I therefore tried to understand how the brain makes us feel the mind of other people in order to understand how our mind interacts with the people around us. At the end of my PhD in Scotland, I then ran into Vittorio Gallese, an Italian neuroscientist that had just discovered, with his colleagues in Parma, that there are cells in the brain that have an odd dual role. They control our own actions and they respond when we see the actions of others. I intuitively felt that these cells would build a bridge between me and the people I see around me, and immediately decided to join their lab. That same year, I moved from rainy Scotland to sunny Italy with a head full of ideas and a car full of boxes.

Together with Vittorio, Giacomo Rizzolatti, Bruno Wicker, Valeria Gazzola and a handful of scientists elsewhere, like Tania Singer, Jean Decety and Marco Iacoboni, we became part of what might be called one of the most exciting period of neuroscience ever. Before, scientists thought that our brain first perceives what other people look like. Then we thinks about other people - much like we think about math or chess - in a purely intellectual way. At the end of all that, we might start planning what to do, for instance to help a person we see in pain.

Through the study of these neurons and similar systems for emotions and sensations, we literally turned this understanding of how the brain works upside down. We pieced together a radically new theory of what happens while we watch other people. In this new view, perception, thinking and planning are not separate steps. Just as in the movie example, we found that our brain lets the feelings and actions of others permeate our own body and our own mind. Through this empathic sharing, we become the people around us. We don't need to think or plan, because sharing their fate makes us intuitively feel what they feel and do what is appropriate.

Over the years, this work has allowed me to understand many aspects of why humans behave the way they do. It made me wonder why psychopathic individuals kill others without feeling empathy, or why autistic individuals find it hard to understand others. It told me why we sometimes misunderstand others. I have learned to find out when to trust empathy, and when not. It made me look at morality and concepts like projection in a whole new light. Many journalists also asked me these questions, and I loved the articles they wrote. At some point though, I felt it would be time to put it all together in a book that would be fun to read. A book, that conveys the thrill and excitement of making these discoveries; that explains the game changing scientific discoveries we made in a simple, accessible but honest fashion. A book that lets the reader into our labs to show them what we really know; that makes the reader realize how exactly brain science can tell us something about ourselves. A book finally, that inspires people to look at their social lives differently.

The decision to move to Italy was not only determining for my scientific career. I started rock-climbing there, and met Valeria Gazzola. Over a period of three years, we feel very deeply in love. A biologist herself, she started to work with me on these questions. Together we built up a great lab in Amsterdam and made a wonderful daughter. I have never felt as happy in my life, as connected. My book is about science, but it is coloured by this feeling I have every day - connecting with the mind of the people I love is probably the most meaningful event in my life.

Christian Keysers has a PhD in psychology from the University of St Andrews, Scotland and is a Full Professor at Netherlands' largest medical faculty, the University Medical Center in Groningen. He leads a research group, the Social Brain Lab at the prestigious Netherlands Institute for Neuroscience, a research centre financed by the Royal Netherlands Academy for Arts and Sciences to give outstanding scientists the chance to focus exclusively on research. He is a frequent visiting professor at Caltech, has published in the best academic journals and has published some of the most noted studies on the social brain. He has won the Marie Curie Excellence Award of the European Union for his capacity to make his work accessible to a broad audience.

Where to find Christian Keysers online 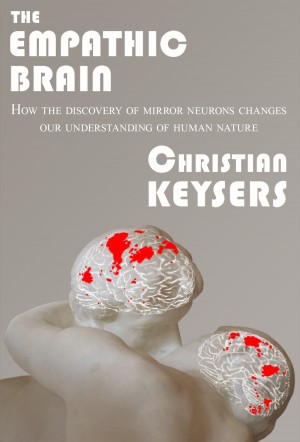 You have subscribed to alerts for Christian Keysers.

You have been added to Christian Keysers's favorite list.

You can also sign-up to receive email notifications whenever Christian Keysers releases a new book.