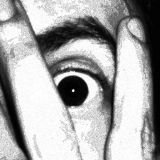 Christopher Courtley lives in the vast, ancient, crumbling haunted house of his own imagination, perched precariously upon the windswept edges of the cliffs of insanity. There he spends his absinthe-fueled nights writing feverishly, whilst Nightgaunts dog his every step into the deepest regions of the netherworld of his darkest dreams and naked succubi call to him with lurid siren songs that would wake the dead.

Do you remember the first story you ever wrote?
Yes! I was in grade school. I had just seen the episode of the Original Star Trek series entitled "The Apple" set on a planet whose inhabitants worshiped a mysterious entity known as "Vaal". So I started writing a story about a group of astronauts who visit a volcanic planet called "Vol". My teacher liked it so much I turned it into a series. It was actually quite terrible.
What is your writing process?
I don't know if I can really call it a "process". It's very chaotic and sporadic. But typically I write a beginning and an ending (or sometimes I write the ending first) and then start on the middle. It's rare for me to start writing a story and not already have at least a vague idea of an ending in mind, but it does happen from time to time. I also tend to edit as I go, which is not generally considered a good habit to have as a writer, but I can't seem to stop myself.
Read more of this interview.

Where to find Christopher Courtley online

The Valruna Saga by Christopher Courtley

The Temple of Baal-Zebub (Tale I of the Valruna Saga)
Price: Free! 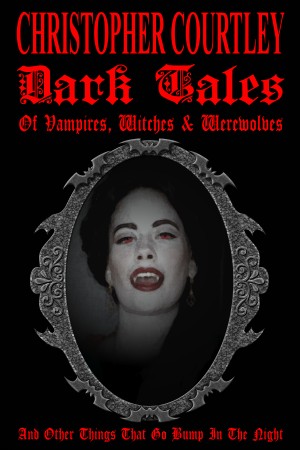 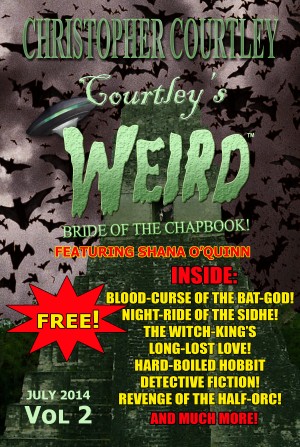 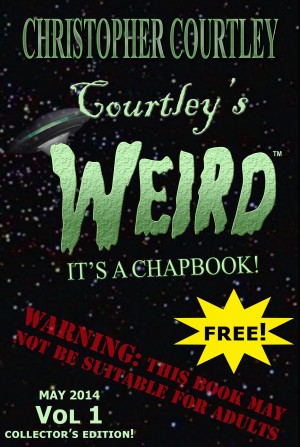 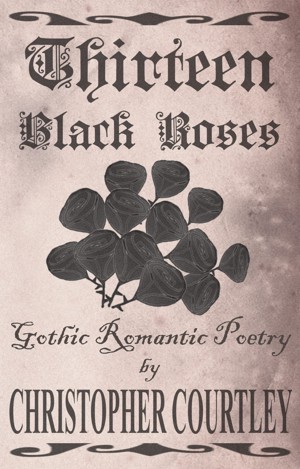 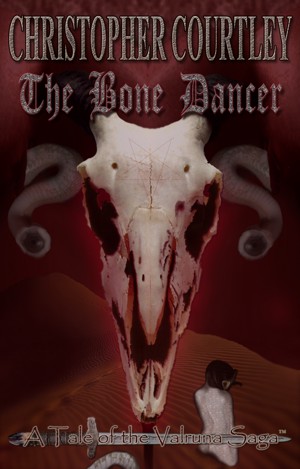 The Bone Dancer (Tale II of the Valruna Saga) by Christopher Courtley
Series: The Valruna Saga, II. Price: $1.50 USD. Words: 11,490. Language: English. Published: January 18, 2013. Categories: Fiction » Fantasy » Epic, Fiction » Horror » Weird fiction
Having fled the wicked desert city of Bel-Athis with the wrath of the devil-god Baal-Zebub at their backs, the barbarian warrior/sorceress Vana Valruna and her trusted guide and companion the wily thief Jerob stop for a much-needed rest at a caravanserai on their way to the great port city of Rakasad, where the ultimate betrayal turns what at first seemed like a safe haven into a most deadly trap. 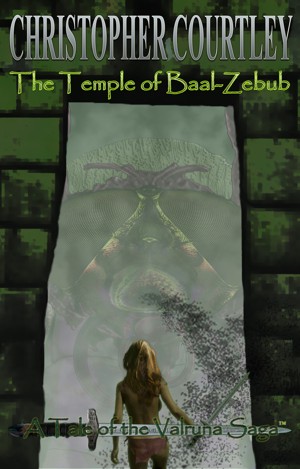 The Temple of Baal-Zebub (Tale I of the Valruna Saga) by Christopher Courtley
Series: The Valruna Saga, I. Price: Free! Words: 6,760. Language: English. Published: January 9, 2013. Categories: Fiction » Fantasy » Epic, Fiction » Horror » Weird fiction
A warrior-woman/sorceress from the northern steppes visits the ancient and wicked city of Bel-Athis, "The Jewel of the Sands" while traveling through strange desert lands far to the south and east. There she comes into conflict with the vicious tyrant Ammon-Zul, High Priest of Baal-Zebub, "The Lord of Flies," a devil-god who demands human sacrifice lest he unleash a terrible plague upon the city. 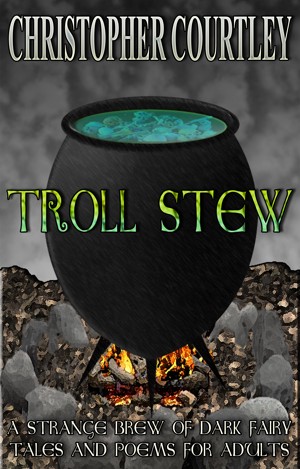 Troll Stew: A Strange Brew of Dark Fairy Tales and Poems for Adults by Christopher Courtley
Price: $2.90 USD. Words: 30,450. Language: English. Published: December 21, 2012. Categories: Fiction » Fantasy » Short stories
This collection of original fairy tales and poems is sure to satisfy the cravings of any reader with an appetite for the unusual. Contains three works of short fiction, four works of flash fiction, and six works of poetry, all inspired by the darker side of Faerie. Due to the macabre nature of some of the tales and poems, this book is not recommended for young children.

You have subscribed to alerts for Christopher Courtley.

You have been added to Christopher Courtley's favorite list.

You can also sign-up to receive email notifications whenever Christopher Courtley releases a new book.