Born in Cork, Ireland and raised in London and Essex, I moved to Athens over 17 years ago, where I was told I could teach twenty hours a week and spend the rest of the time writing. While it hasn't been as idyllic as that, it has definitely made me the writer I am today - as well as giving me a city to call home. I love writing, and have written in almost every form: in songs as the singer in a band; in poems, to catch that fleeting thought or feeling; in stories, in novels and in screenplays. Less effective has been my promotion of myself, but the internet has given an opportunity, and I intend to use it. I want to be read, most of all, and to share something with that anonymous reader; just as I, as an anonymous reader, was touched, across seas and centuries, by the words of strangers I would have loved to have known. 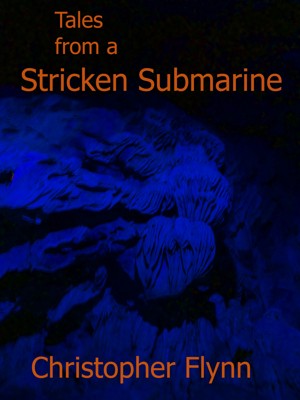 An explosion, and a submarine is sent to the bottom of the sea. Twenty-three members of the crew have secured themselves in the control room. In the knowledge that they are beyond rescue, they begin to swap stories in the darkness, telling one another their last confessions, their blackest secrets. But one of them, instead of telling his darkest secret, is hiding it…

You have subscribed to alerts for Christopher Flynn.

You have been added to Christopher Flynn's favorite list.

You can also sign-up to receive email notifications whenever Christopher Flynn releases a new book.