Victoria Hanan Iglesias is a professional writer, adventurer, and proud auntie of six amazing nephews and nieces—and counting! A recipient of the Msgr. John A. Shocklee Interfaith Social Justice Award (2000), she is a member of Who's Who and active in humanitarian outreach organizations around the world.

What's the story behind your latest book, The Ballad of Cinderella Jones?
The Ballad of Cinderella Jones (formerly The Year of Yes) is a scapegoat's tale and, although written like a novel, is autobiographical. Specifically, it covers a transformational journey I made along Spain's Camino de Santiago. While tackling tough issues, there's a hefty dose of fun and readers will encounter romance, adventure, unforgettable characters, and a birds-eye view of a 500-mile trek that is a grueling but indelible test of mind, body, soul and spirit.

Includes photographs and authentic local recipes that will absolutely transport readers—without a passport! For the record, Writer's Digest* calls it "masterful", a "gem", and "a beautifully written memoir that reads like a novel." Readers, check it out already!

*WD Self-Publishing Contest (2014)
The Ballad of Cinderella Jones is classifed as creative nonfiction. What, exactly, does that mean? Is this like James Frey's "A Million Little Pieces" all over again?
No way! The only thing made up about BCJ is the narrative device. This story is an autobiographical account of a globe-trotting journey I made in 2006, and the radical life changes that followed. But to give the story more distance and juice, as well as protect the identity of family members, the decision was made to write it in the third person. Aside from the magical realism element in the prologue and epilogue, the only creative license involved tweaking names and settings. That said, even the prologue and epilogue has basis in fact: Deborah Robinson was an African-American military wife stationed in Seoul, Korea, and she really did take me under her wing as a baby—so much so that she wrote a letter saying she was my "real mother" and would someday come back to claim me! (I'm still waiting, Miss Deborah.)
Read more of this interview. 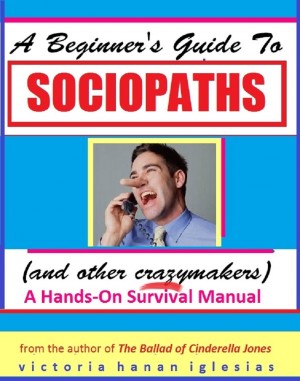 A Beginner's Guide to Sociopaths: A Hands-On Survival Manual by Victoria Hanan Iglesias
Price: Free! Words: 12,470. Language: English. Published: July 25, 2014. Categories: Nonfiction » Inspiration » General self-help
Practical tips for recognizing the sociopaths in YOUR life. Includes survival strategies and healing resources. Start your recovery today! From the author of The Ballad of Cinderella Jones, Help! I'm a Black Sheep, and 10 Dream Killers (And How To Stop Them in Their Tracks!) 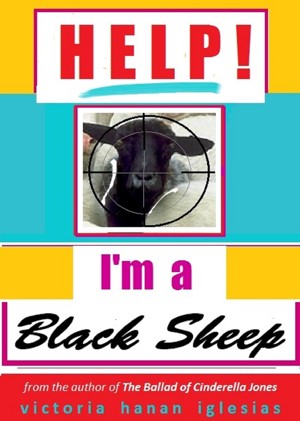 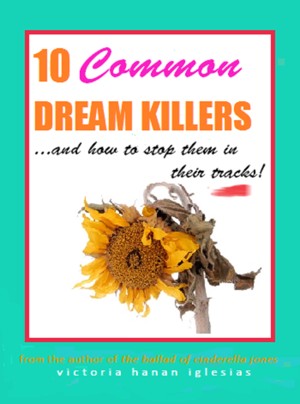 10 Common Dream Killers...And How To Stop Them In Their Tracks! by Victoria Hanan Iglesias
Price: Free! Words: 5,320. Language: English. Published: November 10, 2013. Categories: Nonfiction » Inspiration » 12-step programs
Proven tips and techniques for recognizing—and defeating!—the dream killers in your life. From the author of "The Ballad of Cinderella Jones". 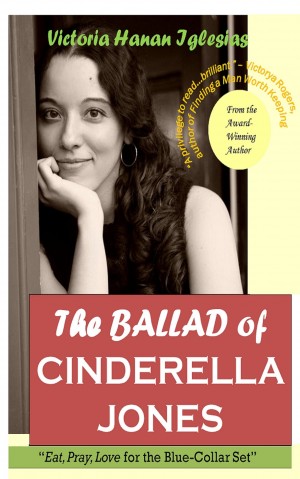 Discover the life-changing little book that Writer's Digest* calls "masterful", "a beautifully written memoir that reads like a novel", and "a gem”... A scapegoat leaves home to embark on a whirlwind romantic journey that takes her from the Cleveland slums to an ancient Spanish pilgrimage route. Includes a FREE bonus section! *WD Self-Publishing Contest (2014)

You have subscribed to alerts for Victoria Hanan Iglesias.

You have been added to Victoria Hanan Iglesias's favorite list.

You can also sign-up to receive email notifications whenever Victoria Hanan Iglesias releases a new book.