Cindy Cipriano lives in North Carolina with her husband, son, and their twenty-seven pets.

Fading, The Fading Series Book One, (Clean Teen Publishing) releases in 2018. This is the first in a three-four book series in which seventeen-year-old Leath Elliott wonders if the new boy in town is literally the boy of her dreams.

Cindy's first novel, The Circle, Book One of The Sidhe (2013), won the 2014 Moonbeam Children's Book Silver Award for Pre-Teen Fiction – Fantasy. Other titles in the series include The Choice, Book Two of The Sidhe (2015), and The Lost, Book Three of The Sidhe (2017). Look for The Secret, Book Four of The Sidhe to release in May 2018. The series follows Calum, Laurel, and Hagen from middle through high school as they first rescue Calum's kidnapped cousin, and then save the Otherworld from dark Sidhe. This series is published by Odyssey Books.

Cindy's article, Level Up Intrinsic Motivation, was published in the JOURNAL OF INTERDISCIPLINARY LEADERSHIP in 2016 and two of her short stories were published in the Children's anthology, Doorway to Adventure (2010).

Where to find Cindy Cipriano online

The Fading Series by Cindy Cipriano
”An absolute page turner!”~Amazon Reviewer Living in a small town like Woodvine, North Carolina, means everyone knows everything about everybody. The same goes for seventeen-year-old Leath Elliott who can’t seem to escape her tragic past and the loss of her father. Her only break from reality is through recurring dreams where she’s spent a lifetime growing up with a boy she’s never met. When a stranger shows up in the form of James Turner – a mysterious boy with a dark past – Leath begins to wonder if her dreams might be coming true. Literally. Things get complicated when Leath finds out that James’ sudden appearance in her small town is anything but a coincidence. Demanding answers, Leath confronts James, but nothing could have prepared her for the truth he tells her. Now, the future she once saw in her dreams and the boy she’s falling for is fading fast and Leath must make the ultimate decision between giving up her freedom or giving up her heart. Fading is the first book in the Fading Series by Cindy Cipriano. Fans of Paranormal Romance and Fantasy favorites such as The Twilight Series and The Mortal Instruments Series will love this unique five book series. 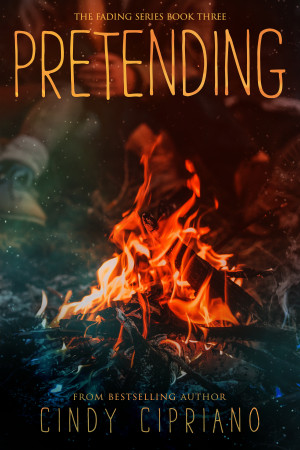 Pretending by Cindy Cipriano
Series: The Fading Series. Price: $4.99 USD. Words: 65,790. Language: English. Published: August 31, 2020 by Clean Teen Publishing, Inc.. Categories: Fiction » Young adult or teen » Romance, Fiction » Young adult or teen » Fantasy
Leath’s dreams are on the cusp of becoming reality when Judaculla magic creeps into her world, revealing itself in new and disconcerting ways. When Leath is offered a hand of friendship from an old enemy, she begins to question everything around her. A magical, romantic read that “unfolds with a gripping emotional intensity” (Kirkus Reviews). 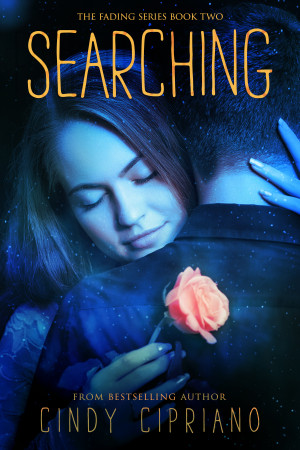 Searching by Cindy Cipriano
Series: The Fading Series. Price: $3.99 USD. Words: 67,080. Language: English. Published: July 20, 2018 by Clean Teen Publishing, Inc.. Categories: Fiction » Young adult or teen » Paranormal, Fiction » Young adult or teen » Fantasy
Leath is packing light—just her lockets from Victor and James—and of course, her pistol. She knows when she leaves Woodvine even her own mother may not remember her in the shifted reality that will be left behind. But she's driven by something that eclipses everything else: her recovered memories. Now that she remembers James, she won't stop searching until she finds him… 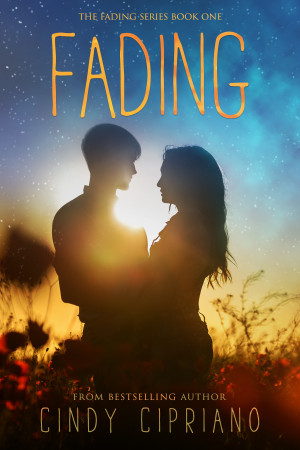 Fading by Cindy Cipriano
Series: The Fading Series. Price: Free! Words: 80,190. Language: English. Published: April 10, 2018 by Clean Teen Publishing, Inc.. Categories: Fiction » Young adult or teen » Romance, Fiction » Young adult or teen » Paranormal
Seventeen-year-old Leath Elliott lives with her mother. After her father was killed in an accident, her best friend Victor has looked out for her. But the friendship changes when Victor starts to have deeper feelings for her. If that wasn't complicated enough, newcomer James Turner shows up…an emancipated minor with a dark past, Leath wonders if he might be the boy of her dreams—literally.

You have subscribed to alerts for Cindy Cipriano.

You have been added to Cindy Cipriano's favorite list.

You can also sign-up to receive email notifications whenever Cindy Cipriano releases a new book.