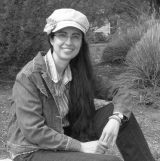 Texas is an interesting place. The weather can range from freezing to broiling in less than 24 hours, and even if you live in the cities, you don't have to go anywhere to get up close and personal with wildlife. You can travel from sun-up to sundown and still be in the state. Now and again, you'll run into interesting characters who think Texas is still its own country.

I've lived in Texas for years.

I'm one of those odd creatures who has an education from rival universities. My degree in Wildlife Ecology came from Texas A&M University. Then, a few years later, I went through teacher certification at the University of Texas at Austin.

For about 9 months a year, I spend most of my time educating the minds of 3- and 4-footers. That's height, not leg-count. It keeps me busy, but I still find time now and again to work on my writing and crafts while I whistle tunes back and forth with the silliest Timneh African Grey.

My writing is influenced by the experiences in my life, the people I've met, and the God I worship.

Where to find Cindy Koepp online 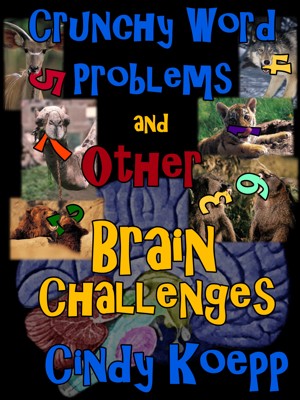 Crunchy Word Problems and Other Brain Challenges by Cindy Koepp
Price: $0.99 USD. Words: 43,040. Language: English. Published: July 3, 2012. Categories: Nonfiction » Education & Study Guides » Elementary, Nonfiction » Education & Study Guides » Home schooling
As the state and federal testing gets increasingly harder, students are required to solve tougher math problems. This book contains over 400 word problems and questions for mathematical concepts. All the problems and questions have been used in 4th and 5th grade math classes. The problems vary in complexity and include information for modifying them upward or downward to meet a variety of needs.

You have subscribed to alerts for Cindy Koepp.

You have been added to Cindy Koepp's favorite list.

You can also sign-up to receive email notifications whenever Cindy Koepp releases a new book.