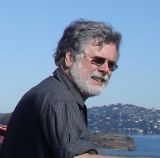 As a Urban Designer and Planning Specialist I have spent most of my life helping people in many parts of the world peacefully, cooperatively improve their lives and the villages, towns and cities they live in.

Both "Power, Chaos and Consensus" and "The Old Man in the Bag" are about some of my professional and personal travels, and the ideas I've come across that give me hope for our future. Despite the incredible complexity and scale of the problems we now collectively face as a planet, I believe with a bit of human ingenuity, it should still be possible for us to create a sustainable, peaceful future for ourselves.

I was born, raised and educated as an Architect in the United States. After completing my degree in the sixties, my wife and I chose to join the Peace Corps rather than the Vietnam War.

For three years I planned new towns in remote parts of the Ethiopian Rift Valley while my wife treated sick people and cattle there. We then spent a year travelling the back roads of Europe in a VW van exploring their new towns to see what I should have done in Africa. Eventually we returned to the United States where I worked for five years as a planner for a small city in Colorado.

In the mid-1970s, my wife and I became discouraged with American politics so we moved our young family to New Zealand in search of an alternative approach to peace, social justice and the environment. We found a comfortable place by the Tasman Sea and decided to stay.

Apart from the three years I spent back in the United States researching my books and undertaking planning work in Philadelphia around the time of 9/11, I spent the next 35 years working for various governments in New Zealand and around the Pacific helping local people plan their own futures.

Both of my books had their genesis in Ethiopia. That was where I first learned that even selfless good intentions don't always leave those being "helped" with smiles on their faces; that life decisions are rarely ever black and white even though most of our public institutions currently force us to solve problems by first polarizing their possible solutions.

It took me two years working in Samoa with their consensus decision-making recently before it finally became clear to me that there just might be another way.

Where to find Ted Wells online 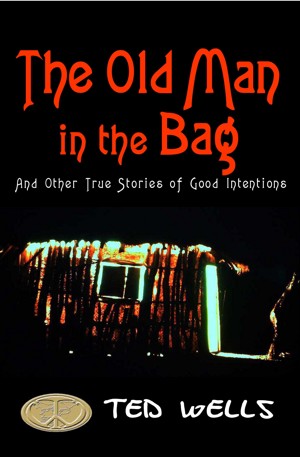 The Old Man in the Bag and Other True Stories of Good Intentions by Ted Wells
Price: $2.99 USD. Words: 77,490. Language: English (New Zealand dialect). Published: January 18, 2013. Categories: Nonfiction » Social Science » Philanthropy & Charity, Nonfiction » Biography » Adventurers & explorers
This collection of true short stories (with old photographs and letters) is about a young American couple who spend two years in a tiny village of grass huts helping very poor Ethiopian farmers establish a new town in the lowland jungle of Ethiopia’s Rift Valley. The stories are about how life choices are never black and white and even selfless good intentions can sometime have a serious downside.

You have subscribed to Smashwords Alerts new release notifications for Ted Wells.

You have been added to Ted Wells's favorite list.

You can also sign-up to receive email notifications whenever Ted Wells releases a new book.