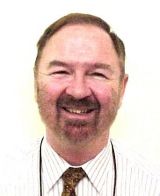 John Bottrill , Galicia, Spain
A retired academic psychologist, I've been living in comfort in Northern Spain - a region like the Lake District, but with good weather for 17 years. This place has magic - it's the nicest place I've ever lived. Personally, I'd happily live and eventually die here. But family reasons necessitate a return to UK.
The house is stone-built 1691 with some land and lots of space for guests who come to find out more about the area, or just to think about a new life in Northern Spain. You can see the house at smallholdinginparadise.blogspot.com.es - it's paradise!
You can read a book about the early Boterel family, which came to UK with William the Conquerer and were the ancestors of President George Washington, at www.bottrillfamilyhistory.com or http://bottrillfamilyhistory.blogspot.com.es. For an unusual children's book or Embarrassing Palmistry you might try http;//www.contactenglish.eu. That site also has a Scottish romance, unusual in that it deals with the machinations of the Priory of Sion, pros and cons of moving to France, a story about Heaven and unusual information about the Knights Templar.
You can equally well access them at www.Smashwords.com.

Why do you write books at all?
I just like writing. Now that I'm retired I have the time. The main problem is that I want to write about so many things that I can't think I'll ever get round to them. I want other people to benefit from my research - particularly the family history research. How else to get it out there? It's certainly not to make money.
I find you have to try to keep up with the changes in trends and technology. Linked websites and blogs are fine, but they must be good ones, and they don't come cheap!
What topics interest you most?
Oh dear - you want a list?
I'm interested in Darwin's theory. The Geology lecturer used to sigh when I put my hand up to raise objections to it. What a load of rubbish! Evolutionists are typical scientists - they formulate a theory and then try to make the facts fit. But the gaps are so great that it's too early for a valid theory.
It's the same with Christianity. The Bible is self-contradictory and historically inaccurate. But people cling to it and try to twist what facts there are to suit the theory. But it's just a book - edited and compiled by the ruling powers for their benefit. Emperor Vespasian and his bishops did a good editing job.
And what about politics? Few people seem to want to think for themselves. They believe what they're told because that's easier than facing facts. But the old saying is unchallengeable - 'You can't always believe what people say; you can always believe what they do.' Strangely enough, that even applies to British politicians. Easier to ignore that - and so the powers that really run things will continue to do so. The primary aim of any power group is to stay in power, ostensibly or covertly, whoever has to suffer for it. I don't think I'd better say any more about that, at least not here. Freedom of speech doesn't really exist. You only have to read history books to see that - they're written by the victors. The reality for the losers is somewhat different.
If I really wrote what I see, it would probably never reach the light of day.
Read more of this interview.

Where to find John Bottrill online 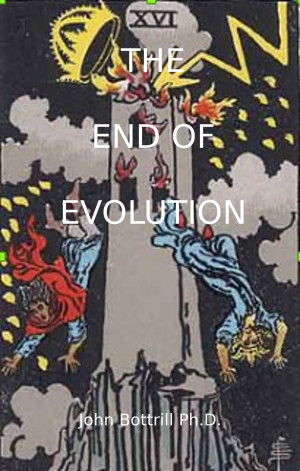 The End of Evolution by John Bottrill
Price: Free! Words: 49,530. Language: English. Published: February 17, 2020. Categories: Nonfiction » Science & Nature » Life Sciences / General
This book is an intelligent questioning of various scientific theories we are asked to accept, often on shaky evidence. It’s a ‘must read’ - especially for first year university students. With facts/ideas that may be new to you, it assumes a reasonable general knowledge. The text ranges over the universe, history, physics, climate disasters, human evolution, geology, and the coming extinction. 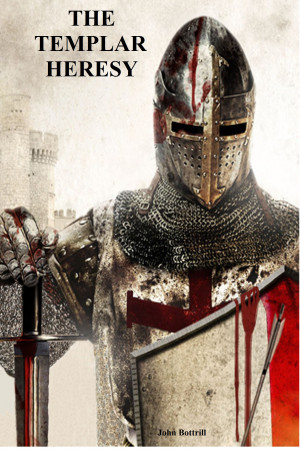 The Templar Heresy by John Bottrill
Price: $3.99 USD. Words: 58,960. Language: English. Published: April 29, 2017. Categories: Fiction » Historical » Medieval, Fiction » Historical » Medieval
President George Washington's ancestor was a Boterel. That family did well in the Middle ages, helping two homosexual kings, and two heterosexual, with their intimate problems. The French king destroyed the Knights Templar, but the Order of Sion continued to manage Europe. Several Boterels fell in battle in 100 Years' war. The Cornish branch of the family died out and with it the title. 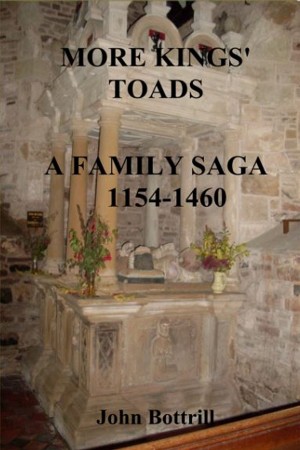 More Kings' Toads by John Bottrill
Price: $3.99 USD. Words: 64,880. Language: English. Published: October 23, 2015. Categories: Fiction » Historical » Medieval, Fiction » Gay & lesbian fiction » Gay
Under six kings, two of them homosexual, the Boterel family stuck close and knew all their bedmates – male and female. They acquired lands including old Camelot. In the background, the Order of Sion organised the Crusades and the Hundred Years' War. It set up and then destroyed the Templars with their real work done, and founded Switzerland, the Masons and the Rosicrucians. 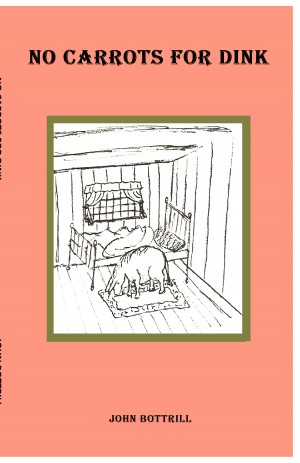 No Carrots for Dink by John Bottrill
Price: $1.99 USD. Words: 7,950. Language: English. Published: October 23, 2015. Categories: Fiction » Children’s books » Fairy tales & fables, Fiction » Graphic novels & comics » Comics
Dink, the hungry Donkey, tries to steal Billy, the goat’s, thistles. But he eats Billy’s beard by mistake! The other animals hold a Council to decide what to do. Claudia, the Cow, thinks ‘Council’ has something to do with cow. So she goes off to Cyril, the Squirrel to have a beauty treatment. Meanwhile Scroggins, the Bear, and Gruntlet, are trying to steal honey from the bees. 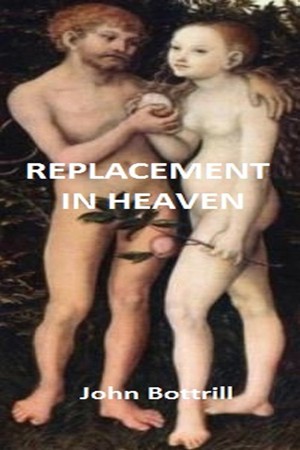 Gudrun grows up behaving sometimes like a boy, sometimes like a girl. After death, she gets a tour of Heaven and its surprises. She is given a job caring for those like herself who have never really come to grips with who they are. This allows her to understand why she’s had a confused life, and her two halves are reunited. 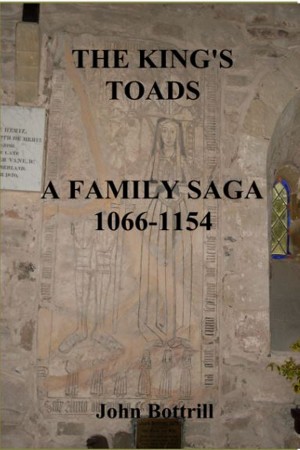 The King's Toads by John Bottrill
Price: $3.99 USD. Words: 100,140. Language: English. Published: November 9, 2013. Categories: Fiction » Gay & lesbian fiction » Gay, Nonfiction » Gay & Lesbian » History
The Boterels of Brittany effectively won the Battle of Hastings for William the Conqueror. Over the next century, the Boterel men stayed close to the king and prospered, sometimes through military support: sometimes through much more personal services - and they don't get much more personal! And the family spread in England and France - one line being the ancestors of George Washington! 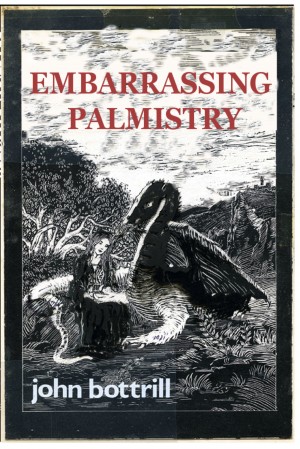 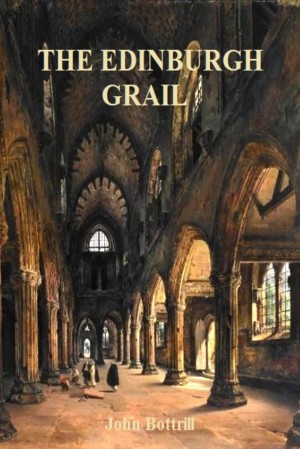 The Edinburgh Grail - a Scottish romance by John Bottrill
Price: $3.99 USD. Words: 51,940. Language: English. Published: November 6, 2013. Categories: Fiction » Romance » Suspense, Fiction » Gay & lesbian fiction » Gay
The heroine lives with a gay professor, but manages to acquire two stunning suitors. One cousin falls for her, but she herself has fallen for the other - devastatingly male and dreamy - and elopes to Gretna Green with him. A last minute phone call to her mother for her blessing brings shattering news,the resolution of a recurring dream, and an unexpected ending. 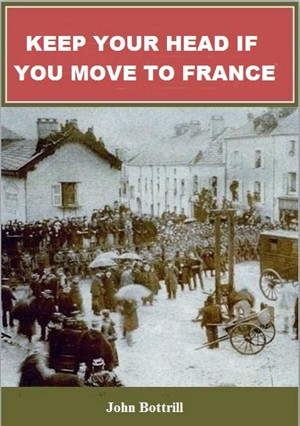 Keep Your Head If You Move To France by John Bottrill
Price: $3.99 USD. Words: 42,160. Language: English. Published: November 3, 2013. Categories: Nonfiction » Travel » By region, Nonfiction » Language Instruction » French
France is wonderful but frustrating. There are all sorts of advantages to living there, but ‘Oh’ the disadvantages! Here is a glimpse of life just over the water showing what it’s really like. This isn't a practical, how-to-do-it book. It's a glimpse of how we did it, the mistakes we made, and some no-holds-barred comments on life in la belle France. There are things you should know ..........

You have subscribed to alerts for John Bottrill.

You have been added to John Bottrill's favorite list.

You can also sign-up to receive email notifications whenever John Bottrill releases a new book.