Courtney McDermott is a native of Iowa currently living in the greater Boston area. She has her BA in English from Mount Holyoke College and an MFA in creative writing from the University of Notre Dame. Her short stories and essays have appeared in Berkeley Fiction Review, Daily Palette, Found Press, Italy from a Backpack, A Little Village Magazine, The Lyon Review, Raving Dove, Sliver of Stone, and Third Wednesday. She also writes book reviews for NewPages.com and various magazines. A Returned Peace Corps Volunteer in the country of Lesotho, she now teaches English in Massachusetts.

Read Courtney's post about what triggers her ideas for stories on The Story Prize Blog: http://thestoryprize.blogspot.com/2013/12/courtney-mcdermott-on-encountering.html

Where to find Courtney McDermott online 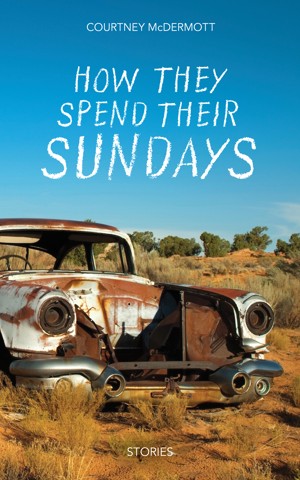 You have subscribed to alerts for Courtney McDermott.

You have been added to Courtney McDermott's favorite list.

You can also sign-up to receive email notifications whenever Courtney McDermott releases a new book.