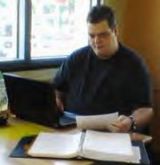 Where do I begin? Well first I guess it's only fair to say that CP Bialois isn't my real name. It's a collaboration I made out of the three greatest pets anyone could ever want. My real name is Ed and I'm just an average person that has found a way to do what he loves.

For as long back as I can remember I loved to pretend. Whether it was with my Transformers, GI Joe, or He-Man toys I loved to create intricate plots and have them fight it out. As a fan of horror, science fiction, action, and comedy I dare say my taste in movies are well rounded. Some of my favorites were Star Wars, Star Trek, martial arts, and anything with Swarzenegger in them.

I'd write my own stories about the characters I saw in the theaters or TV or I'd just daydream about what I'd see myself as the hero of course. You can't have a daydream without beating the bad guys, getting the girl, etc. It's just not right to envision yourself as a flunky or sidekick.

As far as books I loved Sherlock Holmes, Treasure Island, Dracula, and the normal assortment. My early love was the Star Trek novels, I'd read them or the Hardy Boys relentlessly. For a time I could tell you the plot of over a hundred books not to mention comics.

I have to come clean and say that I learned to read because of comic books. I was bored, make that extremely bored when we started to read in school. Reading "the cat fell down" really didn't interest me. My dad, who continues to astound me with his insight to this day, figured comics would work. With that in mind he went to the newstand in town and bought issues of Donald Duck, Scrooge McDuck, Tales From the Crypt, and Spider-man. He patiently read through them with me until I picked it up. Whether it was him or the comics I learned to read in about two weeks and for a while few were as good as I was. For years after that whenever we'd go out he'd always spring for a couple of comic books for me.

While it wasn't exactly the perfect beginning everything I've ever read or have seen has influenced me in some way and now is the time I'd like to share some of the ideas I've had over the years with all of you. I hope you enjoy my stories, they're always fun to write and I don't see myself stopping anytime soon.

Where to find CP Bialois online

Will You Answer the Call
Trailer for Call of Poseidon, edited by my wife. 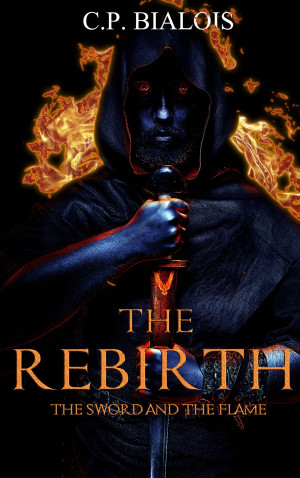 The Sword and the Flame (Book 5): The Rebirth by CP Bialois
Price: $3.99 USD. Words: 83,740. Language: English. Published: June 13, 2017. Categories: Fiction » Fantasy » Epic
In a time of strife, it’s up to an unlikely hero to help the world of Pyrain heal. Reh Venata’s journey continues as she seeks her destiny and justice with the help of a warbound king, an honorbound Centaur, and a God willing to risk everything to save the world. The table is set and the players are moving into position. All that’s left is the Rebirth of Hope. 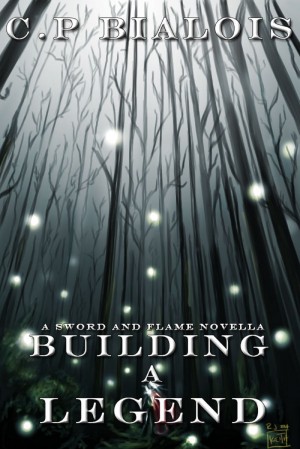 Building A Legend: A Sword and Flame Novella Book 2 by CP Bialois
Price: $0.99 USD. Words: 22,320. Language: English. Published: August 14, 2016. Categories: Fiction » Fantasy » Epic, Fiction » Young adult or teen » Fantasy
Respect is often one of the most difficult things to find when setting out on a new path. It’s not any easier being a Halfling, but Eron is determined to achieve his dream of being a ranger. Following the death of Reinhart, Eron is duty-bound to follow through on his dream. The one thing he never expected was to be challenged at every turn by those who he meets along the way. 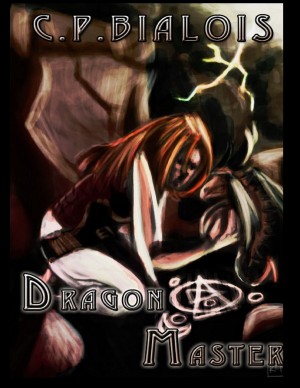 The Sword and the Flame (Book4): The Dragonmaster by CP Bialois
Price: $3.99 USD. Words: 85,460. Language: English. Published: August 14, 2016. Categories: Fiction » Fantasy » Epic
Old friendships are rekindled and strained as the friends are forced to find a way to prevent an upcoming war and protect an innocent princess tied to the heart of it all. Through their adventures, the Phoenix watches as he prepares for a possible conflict between the Gods. When a single move could mean failure, will his efforts succeed or be for naught? 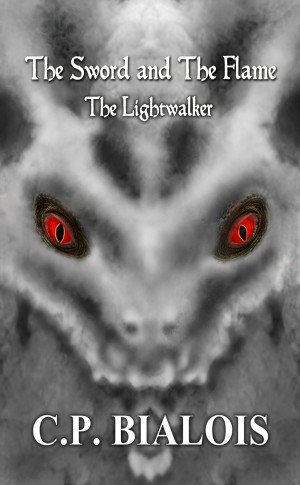 The Sword and the Flame (Book 3): The Lightwalker by CP Bialois
Price: $2.99 USD. Words: 99,970. Language: English. Published: August 14, 2016. Categories: Fiction » Fantasy » Epic
Solaria fought against the Gods of Pyrain for dominance in an age long forgotten by most. Defeated, he was imprisoned within the bones of the world for eternity. The coming of the Phoenix allowed The Fallen God Solaria to escape from his prison. Promising revenge on those that wronged him, Solaria seeks out those with anger in their hearts to champion his cause while he gathers his strength. 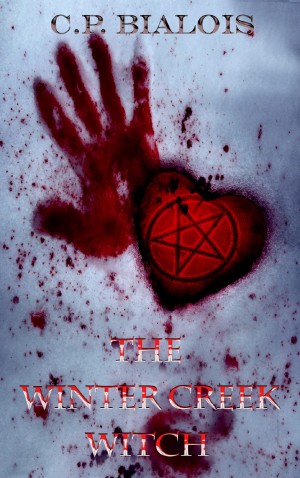 The sins of the past have come to roost in Winter Creek. After witnessing the rise of another monster, Jay is forced to face his fears and come to terms with treachery from an old friend. Only by embracing his past will he find the means to save those he loves. In the end, family is forever. 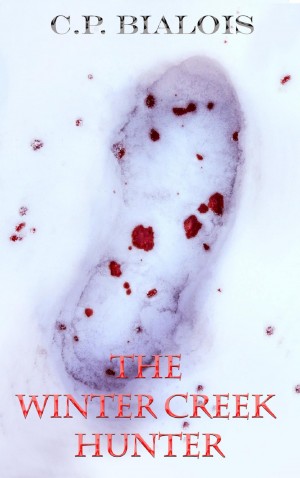 The Winter Creek Hunter (The Winter Creek Trilogy Book 2) by CP Bialois
Price: $1.99 USD. Words: 15,920. Language: English. Published: February 17, 2016. Categories: Fiction » Horror » Occult
When a bounty hunter arrives looking for the Beast armed with silver bullets, Jay faces the proposition that he could be in the crosshairs as another, deadlier creature rises from the curse of the past. 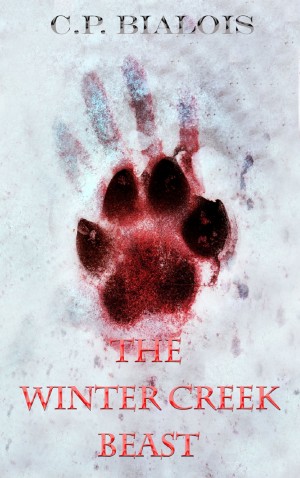 Sheriff Jay Lightfeather finds himself caught between a growing list of unexplained killings and his ancestral calling as he is forced to face the terror and bring the Winter Creak Beast to justice. 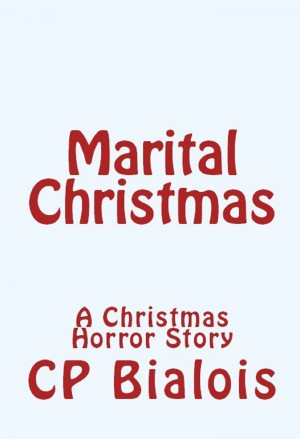 After ten years of marriage, Joan Schmidt has found the perfect Christmas gift for her husband. She feels it's one he deserves and will enjoy. 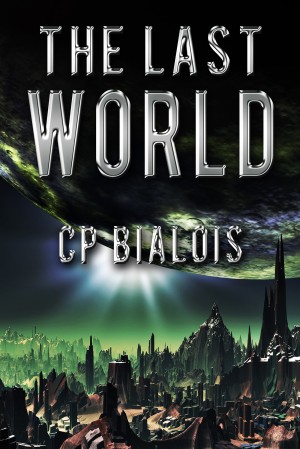 The Last World by CP Bialois
Price: $2.99 USD. Words: 68,020. Language: English. Published: April 27, 2014. Categories: Fiction » Science fiction » Apocalyptic
Franklin Bowen was an ordinary man with anger management issues until one day he finds himself drawn into something he never believed possible. Thinking he’s lost his mind, he resists the urging of a mysterious figure named Tanok who only appears to him in visions. 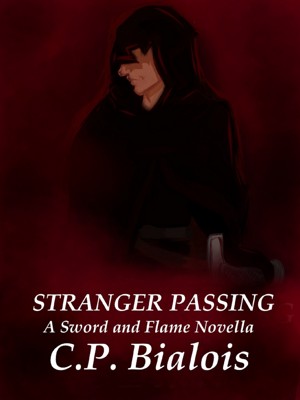 Stranger Passing: A Sword and the Flame Novella by CP Bialois
Price: $0.99 USD. Words: 25,710. Language: English. Published: April 21, 2013. Categories: Fiction » Fantasy » Epic
Eron Lightheart has always been a dreamer. While thievery is the preferred and respected way of life for a Halfling to embark on, Eron has other plans. Facing a determined sister and mother wishing him to follow the path of his people, the young boy is determined to become a brave warrior. 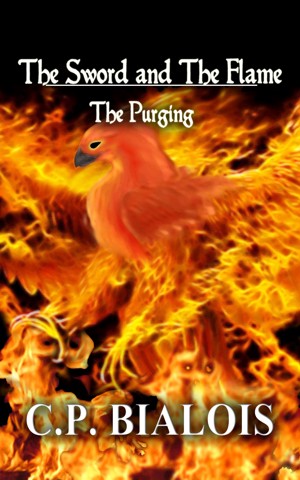 The Sword and the Flame: The Purging by CP Bialois
Price: $2.99 USD. Words: 73,780. Language: English. Published: April 16, 2013. Categories: Fiction » Fantasy » Epic, Fiction » Fantasy » General
From the dawn of their world, dragons have fought to control all those they deemed beneath them. With Pyrain on the brink of destruction, peace was found and the dragons returned to their hidden burrows to sleep until the world was ready for them to return. One, a giant red dragon, has planned for his own release for hundreds of years. 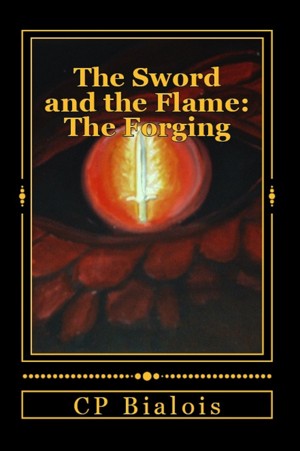 The Sword and the Flame: The Forging by CP Bialois
Price: Free! Words: 79,900. Language: English. Published: April 16, 2013. Categories: Fiction » Fantasy » Epic, Fiction » Fantasy » General
In a world where magic and the sword rule and dragons are forgotten, a band of friends find each other but can they overcome their own fears and trials in time to fulfill their destiny? Their adventure begins in The Sword and the Flame: The Forging. Before a weapon can be used, it must be forged in the fires of life. 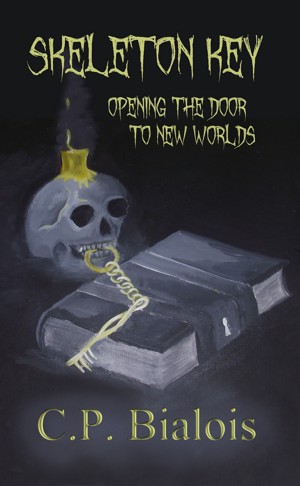 From the imagination of C.P. Bialois, author of Call of Poseidon and The Sword and the Flame series, comes a collection of short stories filled with horror and suspense. Nothing is as it seems in the world around us. Join us as we step through the doorway and into the unseen workings of our world. 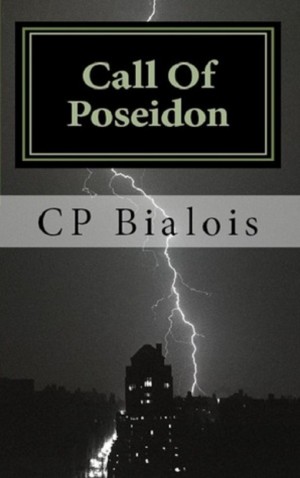 Call of Poseidon by CP Bialois
Price: $0.99 USD. Words: 86,280. Language: English. Published: September 29, 2011. Categories: Fiction » Mystery & detective » General
An ancient artifact with the power to level cities lies dormant and on display in New York's Museum of Natural History. When the conch is stolen a disgruntled cop and rookie FBI agent must come together to find the mythical shell before s secret society at war within itself unleashes the fury of history's forgotten past.

You have subscribed to alerts for CP Bialois.

You have been added to CP Bialois's favorite list.

You can also sign-up to receive email notifications whenever CP Bialois releases a new book.