When did you first start writing?
Way back in the early 70's (I'm oldish), I remember sitting at my babysitter's dining room table, papers strewn about. On the pages, a tome of epic proportions was written. I lost myself in the characters, the adventure, the big lined paper. I'm not really sure what the story was about, but I remember I liked the buzz of getting lost creating something, tweaking it a little, and changing its whole meaning. It was cool.

Then I began to program in Pascal (Turbo Pascal, but that isn't that cool). I wrote analytical software for the Mayo Clinic. Each variable was a character. Each procedure was a scene. The collective was a novel that if one part changed, the plot (program) would fall apart. The rush of getting lost in a program was cool, but then they changed the syntax of the programming language. It drove me from programming in Java, Perl, or C++ into using English. The syntax is harder, but I know it's not going to change. Besides, add enough periods at the end of a sentence, and everything looks right. Until....
What's the story behind your first book?
Dad's Library Volume One: 27 Crappy Poems and Other Things to Read on the Toilet grew out of boredom while I was sitting on the toilet. I had my iPhone with me and needed a topic to fill the time. Thus, out of necessity, I wrote crappy poems about my poopy experience. I'm thinking my book has a large mark on it about it being in the bathroom, because it was all written in the bathroom. My muse does smell.
Read more of this interview.

Where to find Croyus online 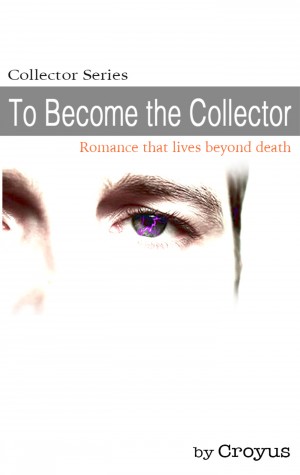 To Become the Collector by Croyus
Price: $0.99 USD. Words: 18,670. Language: English. Published: November 27, 2015. Categories: Fiction » Fantasy » Contemporary, Fiction » Romance » Paranormal
"To Become the Collector" is the continuing story started in "To Find the Collector." In book two of the Collector series, Tabytha has died. Cyris is alone. He spends his days drinking, trying to forget their memories of happiness. However, as the enchanted creature he is, he can never get inebriated to silence his tortured mind. Will he ever be able to move on... 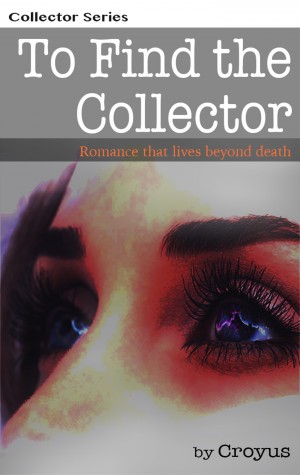 To Find the Collector - Romance That Lives Beyond Death by Croyus
Price: $0.99 USD. Words: 25,340. Language: English. Published: March 21, 2015. Categories: Fiction » Romance » Paranormal, Fiction » Romance » Fantasy
Buy the first book in the Collector series: To Find the Collector Tabytha can see dead people. The remnants of the departed are all around her. Day and night Tabytha can hear the dead crying about their unfulfilled dreams, their past lives, their loved ones long since lost. The tales of sadness and loneliness are never ceasing. She can never love with such a morbid bound life. Or so she thought...

You have subscribed to alerts for Croyus.

You can also sign-up to receive email notifications whenever Croyus releases a new book.