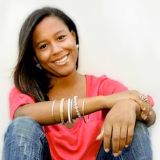 C'Yana is a teen striving to make her family proud. While fighting against the pain of life, she's found joy in music, sports medicine and writing. She has been a student athletic trainer at her school for three consecutive years and also volunteers at USC's Physical Therapy Clinic. When she enters college, she plans to major in kinesiology.

Her love for music has been a connection to her writing. It has given her different subjects and themes, as well as views on life situations. Like others in her generation, C'Yana has had somewhat of a problematic life and found answers in the wrong things. Eventually, she realized how much God was there for her. She then felt it was her duty to tell her story and the world's story too; to speak the words that others were to afraid to say. She wants to let you know that whatever you're into, whatever you've done, and wherever you're going, God is still with you and He's looking out for you.

C'Yana writes about a wide range of subjects; ranging from family, struggles as a teen, life problems and more. Her main goal in life now is to serve her Father God and while
doing so, touch the World!

Where to find Cyana Edison online 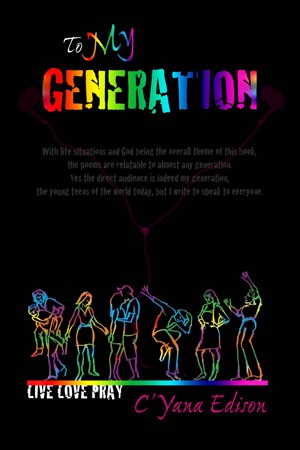 To My Generation by Cyana Edison
Price: $4.99 USD. Words: 6,480. Language: English. Published: January 22, 2013 by Keni Arts. Categories: Fiction » Young adult or teen » Poetry, Poetry » Spiritual
After coming close to losing something, we often tend to appreciate it a little more than we did before. The value of one's life is probably the most often taken for granted. However the value of God is the most PRECIOUS thing taken for granted. You see, life is a gift from God which makes it that more special than the breaths we take.

You have subscribed to alerts for Cyana Edison.

You have been added to Cyana Edison's favorite list.

You can also sign-up to receive email notifications whenever Cyana Edison releases a new book.