I currently live in New Hartford, CT. Hard to say where I'm 'from' because we moved around a lot when I was a kid, but did time in both Connecticut and Washington state...I won't bore you trying to name all the towns we lived in.

I hold a full-time day job so writing is something I do just because I like it. I'm a fan of hiking, the outdoors, seriously good writing, and I never, ever start the day without chocolate.

Music inspires me, and I like to listen to groups such as Puddle of Mudd, Three Days Grace, Limp Bizkit, Linkin Park, and Breaking Benjamin, to name a few.

If you were to visit my house, you'd meet my husband, 2 kids, our dog Lea (most people simply refer to her as The Beast...and for good reason), our kitten Luna (affectionately known as Loony Luna), a gaggle of ducks, and a flock of hens ruled by a tyrannical rooster we call The Stump, or Stumpy. How he got his name is a long story...maybe I'll tell you sometime!

Where did you grow up, and how did this influence your writing?
I grew up in more than one place. Born in Connecticut, we moved around to 3 or 4 towns before packing up and moving to Washington State. From there we moved around a bit to 3 or 4 *more* towns, before I re-located back to Connecticut, where I stayed. After living in 3 or 4 *more* towns, I've now been in one town, one house, for 22 years! A record!

So, moving around a lot, it was difficult for me to make friends. Some towns/schools I only stayed in for 3 months. Fifth grade, I went to 3 different schools. I know loneliness, and so do my characters.
When did you first start writing?
Grade School. I remember my first "work of art" was a poem called The Fox with Dirty Sox. It was brilliant. :)
Read more of this interview.

Where to find Dale Ibitz online 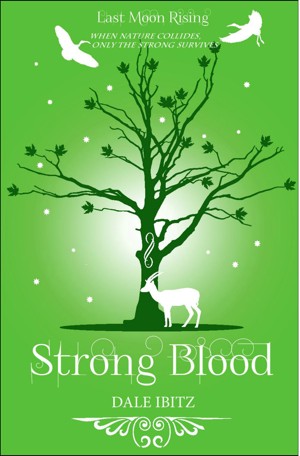 Cruel lies. Sinister secrets. A destructive war between nature's gods. Haley, descendant of the God of Air, has survived it all… so far. 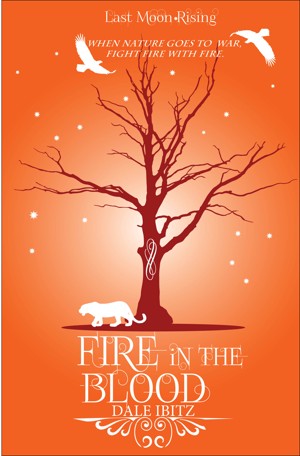 The gods of nature are at war, and Earth is in chaos. When 17 year-old Haley tumbles to a parallel world, she discovers that Earth's global warming stems from a war between the gods of nature. As descendant of the God of Air, Haley's called upon to stop the war. But who should she trust, who should she fight, and who has fire in his blood, bent on betraying them all?

You have subscribed to alerts for Dale Ibitz.

You have been added to Dale Ibitz's favorite list.

You can also sign-up to receive email notifications whenever Dale Ibitz releases a new book.