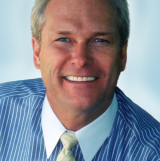 Since 1982, Dan has spoken to more than 5 million people, in over 5800 audiences, in all 50 states, in 68 countries, on 6 continents, to clients including 200 of the Fortune 500 companies, world leaders gathered at the ‘Festival of Thinkers’ in Abu Dhabi, NASA, Super Bowl Champions, the United Nations World Congress, and to our combat troops in Iraq, Afghanistan, Africa and Asia.

In 2005, Dan was inducted into the National Speakers Hall of Fame, and both Achievers Global and eSpeakers have named Dan one of the Top Ten Motivational Speakers In The World.

Dan has been published in more than 50 million books in 40 languages worldwide, has appeared on more than 500 TV and radio programs including Oprah and Glenn Beck, has been featured in Mayo Clinic, Entrepreneur, Forbes, Inc., and Millionaire Magazines. Dan was named an Outstanding Young Man of America in 1982, Utah Father of the year in 2012, and in 2015 was awarded the United States Distinguished Service Medal and the American Spirit Award – the highest civilian awards given by the Secretary of the Air Force and Air Force Recruiting Command.

TO CONTACT DAN for a Keynote Speech, and/or to conduct a 1 to 3 day Training:
1-844-TO-BOOK-DAN
Website: danclark.com
Email: dan@danclark.com

Where to find Dan Clark online 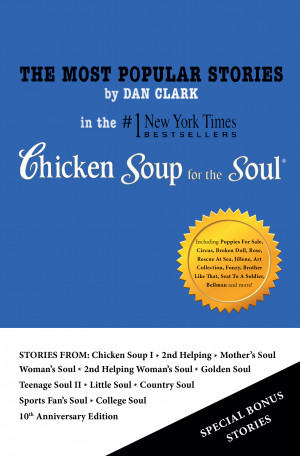 The Most Popular Stories By Dan Clark In Chicken Soup For The Soul by Dan Clark
Price: $7.95 USD. Words: 21,480. Language: English. Published: June 18, 2018. Categories: Nonfiction » Self-improvement » Personal Growth / Success
Dan Clark is a primary contributing author to the internationally acclaimed Chicken Soup For The Soul book series. Co-creators Jack Canfield and Mark Victor Hansen tout Dan as the most popular and beloved author in the entire series and attribute their run away mega sales to the powerful 'Timeless Classics' written by Dan. A pocket book collection of short inspirational life altering masterpieces! 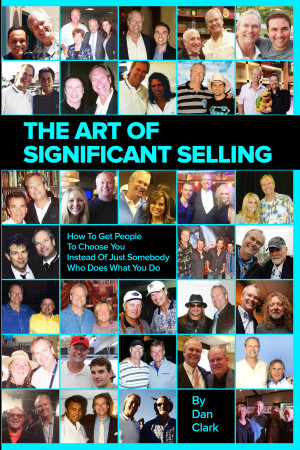 The Art of Significant Selling How To Get People To Choose You Instead Of Just Somebody Who Does What You Do by Dan Clark
Price: $12.95 USD. Words: 40,770. Language: English. Published: October 9, 2017. Categories: Nonfiction » Business & Economics » Sales & selling / management
Sales Champions Know: The Sale Doesn’t Begin Until The Customer Says ‘No'; Selling Is ‘The Transference Of Trust’; Wealth Flows Through You Not To You - Which Means You Can Get Anything In Life That You Want When You Are Willing To Help Enough Other People Get What They Want; When You Follow A Proven System That Turns Every ‘Sales Pitch’ Into A ‘Serve Pitch,’ You Increase Your Closing Rate To 93% 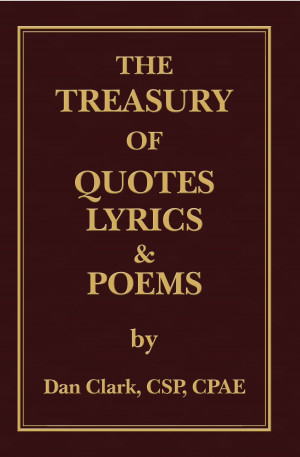 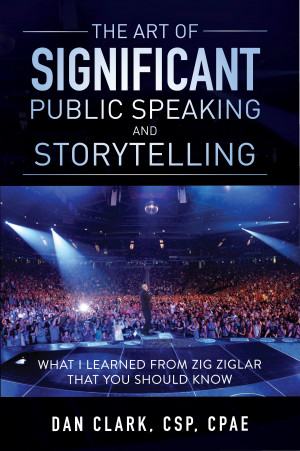 The Art of Significant Public Speaking & Storytelling What I Learned From Zig Ziglar That You Should Know by Dan Clark
Price: $12.95 USD. Words: 57,140. Language: English. Published: October 9, 2017. Categories: Nonfiction » Self-improvement » Motivation & inspiration
Honor The 'Privilege Of The Platform' - Seek To Bless Not Impress! Answer: ‘Why Should I Listen To You? (Credibility); Can I Do It Too? (Possibility); What Do I Do Next? (Usability) Learn: - Eight Elements To Creating An Extraordinary Presentation - The Six Steps To Writing A Speech Listeners Love - How To Market Yourself, Get Paid To Speak And Win Stages Be Coached By A Hall Of Fame Speaker! 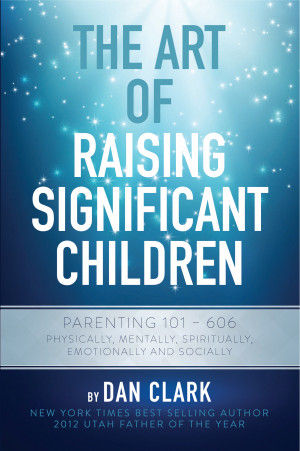 The Art of Raising Significant Children by Dan Clark
You set the price! Words: 64,970. Language: English. Published: October 9, 2017. Categories: Nonfiction » Relationships & Family » Parenting
“I’D RATHER SEE A SERMON PREACHED THAN HEAR ONE ANY DAY – I’D RATHER YOU WOULD WALK WITH ME THAN MERELY POINT THE WAY” “ANY MALE CAN BE A FATHER, BUT IT TAKES A SPECIAL MAN TO BE A DAD” “TRAIN UP A CHILD IN THE WAY HE SHOULD GO: AND WHEN HE IS OLD, HE WILL NOT DEPART FROM IT.” – PROVERBS 22:6 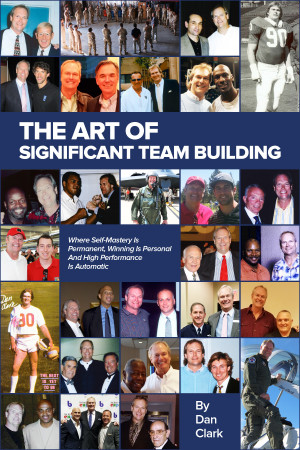 The Art of Significant Team Building Where Self Mastery Is Permanent, Winning Is Personal And High Performance Is Automatic by Dan Clark
Price: $12.95 USD. Words: 60,500. Language: English. Published: October 9, 2017. Categories: Nonfiction » Business & Economics » Careers
There Is No “I” In Team – But Teams Lose. There Are Two “I’s” In Winning: Independent Preparation / Interdependent Collaboration. Teams That Win Have The Most “I” Players On Them. Champions Know:There Is A Difference Between Training To Fight And Training To Win; Not Every Play Is Designed To Score A Touchdown; Momentum Is Only As Good As Your Next Play; Losing Hurts Worse Than Winning Feels Good 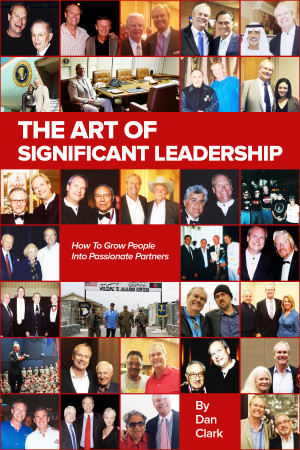 The Art of Significant Leadership How To Grow People Into Passionate Partners by Dan Clark
Price: $12.95 USD. Words: 60,910. Language: English. Published: October 9, 2017. Categories: Nonfiction » Business & Economics » Business administration
The Purpose Of A Leader Is To Grow More Leaders Who Believe What You Believe - Not Generate More Followers. With A Shared Belief Your People Become ‘Partner Leaders’ Who Lead Without A Title And Increase Productivity Because Of Personal Accountability. ‘Partner Leaders’ Know: Leadership Is An Action Verb Not A Noun;The Things We Help Create We Support; Inspired People Don’t Have To Be Motivated 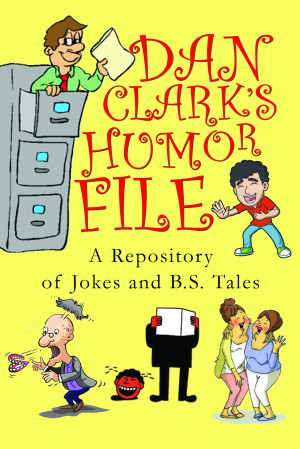 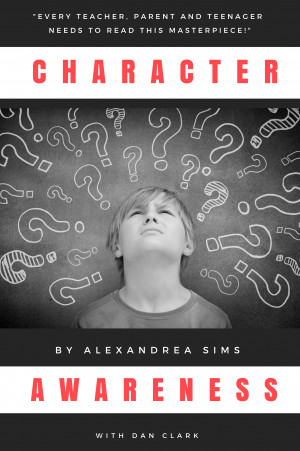 Character Awareness by Dan Clark
You set the price! Words: 35,120. Language: English. Published: September 19, 2017. Categories: Nonfiction » Education & Study Guides » Student life
The Truth Of Your Character Is Expressed Through The Choice Of Your Actions Personality Is Exposed When A Person Is Up Character Is Exposed When A Person Is Down People With Good Intentions Make Promises People With Good Character Keep Them Your thoughts become words Your words become actions Your actions become habits Your habits become character Your character determines your destiny 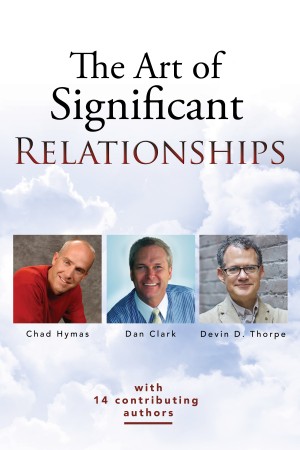 This anthology was created by the National Speakers Association Mountain West Chapter on behalf of the authors in this book. A unique collection of seventeen essays on how love influences life, work and relationship management. A must read for everyone who desires to make her/his life more meaningful and achieve that illusive level beyond success called 'significance.'

You have subscribed to alerts for Dan Clark.

You have been added to Dan Clark's favorite list.

You can also sign-up to receive email notifications whenever Dan Clark releases a new book.