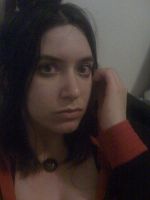 I've been writing since I was ten years old and had the first idea for a sci-fi story involving runaway teens, vampires, ghosts, witches, twins, and every other cliche my young mind could join together. Needless to say, in retrospect it wasn't the literary masterpiece one hopes to produce.

The passion for writing was kindled through it, however, and I spent the majority of my teen years falling further into a world with ever evolving characters with complex relationships all pivoting around one central character. As I aged, so did the characters and so did the maturity level of the world they lived in.

Writing remained a hobby as I became an adult and a functioning member of society. Novel writing remained an idea as I turned my focus to essays, fanfiction, and short stories. The complex fantasy world of my youth became the forefront again over the last few years and release this brain child to the world.

Where to find Danika Dierhart online

The Adventures of No-Ho Man & Virgin Boy by Danika Dierhart
Price: Free! Words: 33,040. Language: English. Published: November 1, 2012. Categories: Fiction » Literature » Literary
NaNoWriMo 2012 book. Last updated 2012-11-07 23:59:04
Vincent Boyd finds himself the confused personal assistant of Norman Hollingsworth in both of Norman's jobs as a star photographer and a self-appointed crime fighter in the war against hoedom. Vincent tells the story of how he follows Norman on his quest to free the world from the morally deprived people of North Hollywood and their queen, Super Slut. 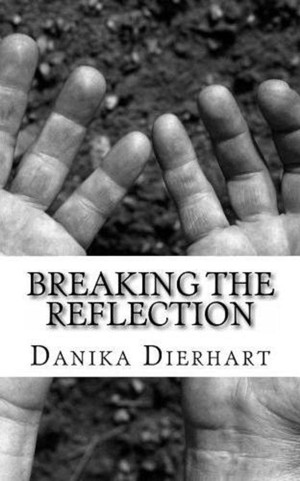 Breaking the Reflection by Danika Dierhart
Price: $0.99 USD. Words: 75,470. Language: American English. Published: September 5, 2012. Categories: Fiction » Literature » Literary
Running from a childhood that emotionally and psychologically devastated him, Benjamin Thompson lives for the stillness that dancing with heroin gives him. As he falls to the addiction, he loses his ability to care for anything around him until a young girl enters his world and reflects back to him the best & worst of himself, sending him into a spiral that threatens to destroy them both.

You have subscribed to alerts for Danika Dierhart.

You have been added to Danika Dierhart's favorite list.

You can also sign-up to receive email notifications whenever Danika Dierhart releases a new book.