Darrell Egbert was born in Layton, Utah, in 1925. He learned to read and write in a three-room schoolhouse, located in a mining town in the Oquirrah Mountains of Utah. He studied more serious writing while at the Universities of Nevada and Utah, and the art of “readable writing” while at the Air University in Montgomery, Alabama.
Like most young boys, he built model airplanes and dreamed of becoming a military pilot. His dream became reality, when, at the age of seventeen, he was accepted into the Army Air Corps. Soon after his eighteenth birthday, he was called to active duty where he spent the next two years of the War as an Aviation Cadet. He graduated from twin-engine school as a Flight Officer and first pilot of a medium bomber just as the atom bomb ended the War.
Upon graduating from the University of Utah, he applied for active duty, which coincided with America’s entry into the Korean War. He spent most of his career until retirement in 1969 in staff positions involving the maintenance of bombers and missiles, both air to ground and inter-continental. His overseas assignments included such diverse places as French Morocco and Thule, Greenland. At Thule, he took a ground part in special photoreconnaissance missions, which helped bring about the fall of the Soviet Union and the end of the Cold War.
He began writing for publication when his first historical novel came to the attention of Barnes and Nobel.
Shortly after leaving the 44th Bomb Wing he met and married Miss Savannah of the Miss Georgia Beauty Pageant. Lieutenant Colonel Egbert and Betty, his bride of 56 years, are retired and live with their dog in Washington, Utah. As he is fond of saying, “I never had it so good”…. 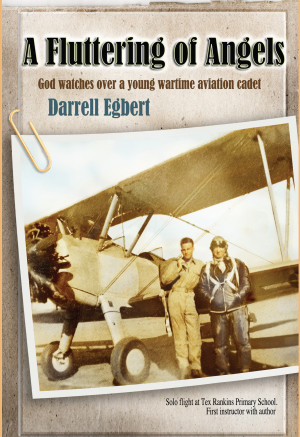 The Fluttering of Angels by Darrell Egbert
Price: Free! Words: 61,670. Language: English. Published: September 22, 2017 by Publisher's Place. Categories: Nonfiction » Religion & Spirituality » Christian Life / Inspirational
A year ago my friend paid me a visit in the hospital. I was lying in bed with a partially fractured pelvis, staring at the ceiling. A week before that I had fallen down our steep driveway. I began telling him many stories about how the Lord had saved my worthless butt. I told him that I would not have survived if the Lord had not been there. To my surprise He suggested I write a book. I did. 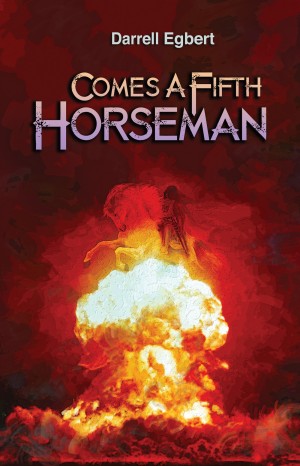 Comes a 5th Horseman by Darrell Egbert
Price: $4.95 USD. Words: 79,920. Language: English. Published: March 6, 2015 by Publisher's Place. Categories: Fiction » Historical » USA
A winding tale of historical happenstance around the Cuban Missile Crisis…more real that imagined. A unique reading experience that will keep you on the edge of your seat as the world arguably came closer to destroying itself than it had ever before in the history of mankind. 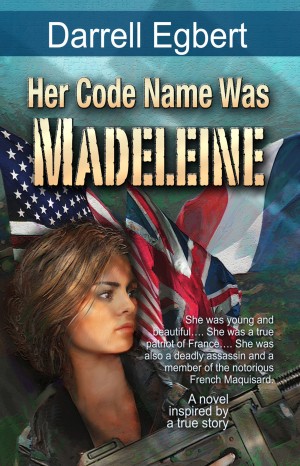 Her Code Name Was Madeleine by Darrell Egbert
Price: $4.99 USD. Words: 76,520. Language: English. Published: April 22, 2014 by Publisher's Place. Categories: Fiction » Historical » General
Her code name was Madeleine. She was beautiful, daring and a member of the notorious French Maquis. Before she was 18 she had eliminated more than a dozen German officers. Now as a spy for the allies she’s pared with shadowy unknowns to turn the tide of war on the German submarine wolf packs. 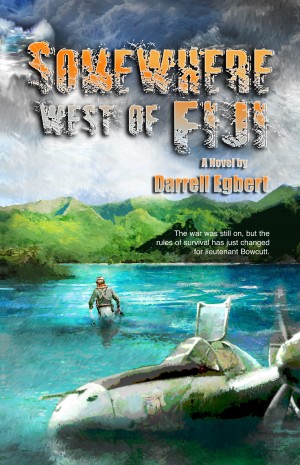 Somewhere West Of Fiji by Darrell Egbert
Price: $4.99 USD. Words: 74,700. Language: English. Published: July 9, 2012 by Publisher's Place. Categories: Fiction » Historical » USA, Fiction » Mystery & detective » Historical
From out of the clouds, lieutenant Bowcutt reduced power on the twin Allison's in his P-38 Lightening fighter. Lost and out of fuel in a pacific storm, his only hope was a water landing next to an uninhabited island. But was he out of the War? 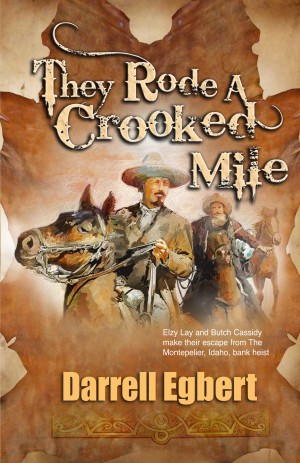 They Rode A Crooked Mile by Darrell Egbert
Price: $4.99 USD. Words: 75,180. Language: English. Published: July 16, 2011 by Publisher's Place. Categories: Fiction » Plays & Screenplays » American
He was a real western hero, a gunfighter and friend of Butch Cassidy. This is the story of Elzy Lay a would-be geologist and mining engineer searching for gold, a factual history with a touch of urban legend. 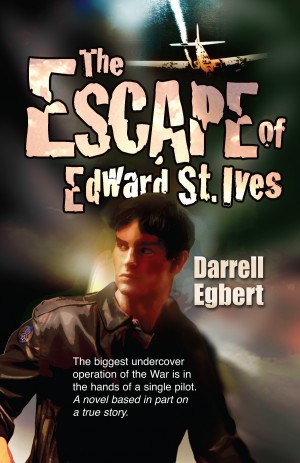 The Escape of Edward St. Ives by Darrell Egbert
Price: $4.99 USD. Words: 74,820. Language: English. Published: June 22, 2011 by Publisher's Place. Categories: Fiction » Plays & Screenplays » American
The biggest undercover operation of the War against Germany is in the hands of a single pilot. He knew full well he would be captured and tortured for the information he had. Would he be able to risk his life to preserve a lie? This is a historical suspense novel based in part on a true story. 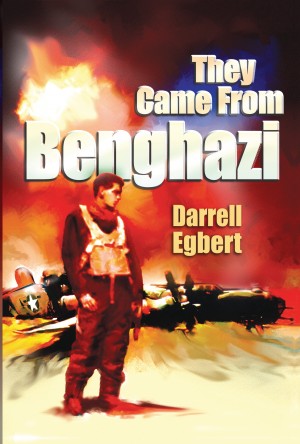 They Came From Benghazi by Darrell Egbert
Price: $4.99 USD. Words: 90,900. Language: English. Published: June 6, 2011 by Publisher's Place. Categories: Fiction » Mystery & detective » Historical
16 years after the war, A lost bomber is discovered four hundred miles off course deep into the Libyan Desert. Unlocking the mystery takes you into Nazi Germany and Hitler's secret plans regarding the Jewish State. This is another page turners that pushes the edge of history with plausible answers you would have never consider. 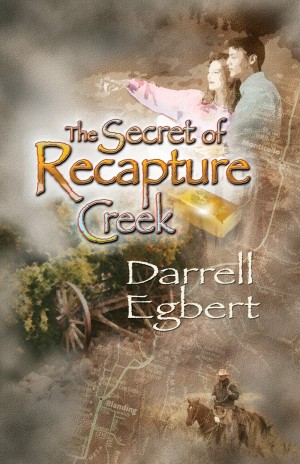 The Secret of Recapture Creek by Darrell Egbert
Price: $4.99 USD. Words: 82,740. Language: English. Published: May 23, 2011 by Publisher's Place. Categories: Fiction » Mystery & detective » General
The unexpected discovery of an old map showed the location of the long sought after Spanish gold in the Utah Mountains. The secret found in the map goes beyond gold and the adventure that follows has more truth than fiction.

You have subscribed to alerts for Darrell Egbert.

You have been added to Darrell Egbert's favorite list.

You can also sign-up to receive email notifications whenever Darrell Egbert releases a new book.