Dena Stewart is a self-taught visionary artist who picked up a paintbrush for the first time shortly after she turned thirty. Her colorful canvases express her life experiences, dreams and beliefs. One of her early works, "Christmas Tree in the City" was part of the 1982, ‘83, ‘84 and ‘89 UNICEF Greeting Card Collection, with more than three million "Christmas Tree in the City" cards sold world-wide. Ms. Stewart served as an Honorary Goodwill Ambassador for UNICEF in 1989.
Born in Manhattan, Dena graduated from Pace University with a degree in business education. Before becoming a professional artist, she taught High School in New York, was an editor for a large textbook publishing company, and personnel manager for a national department stores chain.
Along with her husband, artist Stewart Stewart, Dena relocated from NYC to Miami Beach, FL in 1987. Together, they founded Center for Folk and Community Art (CFCA), a non-profit organization with a mission to use visual art as a tool of intervention, prevention and education. Her nationally acclaimed Telling Stories Through Visuals curriculum was selected by the President’s Committee on the Arts and Humanities as a model outreach program. Telling Stories Through Visuals is a Lesson Card in the SRA/McGraw-Hill reading and language arts program – Imagine it!, a comprehensive literacy tool used in schools in more than 50 countries around the world.
Dena was honored by the Miami Beach Commission on the Status of Women as a “Woman Worth Knowing”. In appreciation for her civic involvement, Ms. Stewart received a dozen Miami Beach and Miami-Dade County Proclamations, as well as the Key to the City of Miami Beach.
In addition to facilitating programs to address social issues, Dena and Stewart co-host Alive on South Beach, an entertaining online video show for SyndicatedNews.Net (SNN.BZ).

Where to find Dena Stewart online 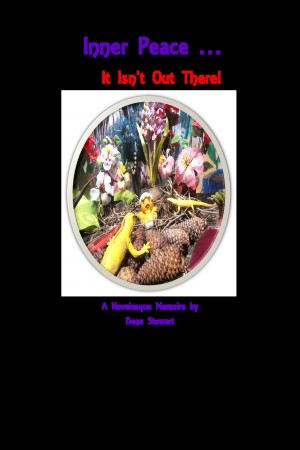 Inner Peace ... It Isn't Out There! by Dena Stewart
Price: $5.00 USD. Words: 79,070. Language: American English. Published: November 8, 2014. Categories: Nonfiction » Biography » Autobiographies & Memoirs
Everyone who has/had a manipulative, controlling, emotionally abusive mother will relate! Everyone who has been indoctrinated by fundamentalist religious values will relate! Dena Stewart’s tale of familial un-bliss resonates with an amusing and conversely, cringe-worthy tone. A story that is soul-shaking and inspiring.

You have subscribed to alerts for Dena Stewart.

You have been added to Dena Stewart's favorite list.

You can also sign-up to receive email notifications whenever Dena Stewart releases a new book.