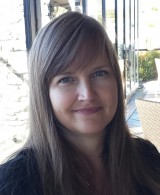 A fan of everything vintage, Denise Liebig’s desire to be a fly-on-the-wall during the early 1900s was what first inspired her to write DEAR MAUDE, and later, FOR THE LOVE OF MAUDE, and FOREVER MAUDE, the books of The Dear Maude Trilogy. Her travels, family stories/ experiences, and her love of a good silent movie also lent a hand. When she’s not imagining stories about the past and writing them down, Denise lives in the present with her husband and three kids.

What is the story behind "Dear Maude"?
"Dear Maude" is about a college senior, Emily Stanton, who is a sociology major and the recipient of a scholarship that paid for her education. In return, she must give the company that funded the scholarship a four-year commitment to work for them. The only problem is that Emily does not know what her job description will be; in fact, she must commit to the company before being made aware of her role. To make matters worse, her mother offers to repay her scholarship! Emily is torn between her safe life with her mother and the responsibility to her employer. Unfortunately for Emily, this choice is the easy part compared to what life has in store after the decision is made. Emily is tough, though - she should be. She comes from a long-line of strong women headed by her crazy, free-spirited great, great aunt, Maude. A flapper during the 1920s, Maude influences Emily with wise sayings and a lack of judgment that gives Emily something to rely on even after Maude's death - through a journal Emily addresses to Maude. The journal becomes her security blanket, study guide and companion when her new life tries to get the best of her. "Dear Maude" is Emily's story; a strange out-of-college experience that few others could possibly imagine or even endure.
What inspired "Dear Maude"?
Strangely, a silent movie festival sparked my imagination and led to my writing "Dear Maude." After watching several of the movies, I began to wonder about the many things that we now take for granted - including the experience movie-goers must have had during that era. Things such as air conditioned theaters weren't an option at that time. What a hot, miserable experience that must have been during the summer! This didn't put me off, however, instead I thought it would be interesting to be a fly-on-the-wall during that time period, so I researched the many influences of the people from the Gilded Age through the end of the 1920s. I looked at the economics, literature, clothing, architecture and other areas people were concerned with in their daily lives. I prefer reading books with a strong, female character, so I incorporated that with the research I had done and created Emily Stanton - a modern girl with old-world problems.
Read more of this interview.

Where to find Denise Liebig online 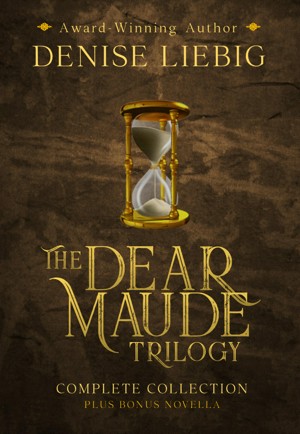 The Dear Maude Trilogy: Complete Collection + Bonus Novella by Denise Liebig
Price: $5.99 USD. Words: 319,320. Language: English. Published: April 26, 2022. Categories: Fiction » Romance » Time travel, Fiction » Romance » Historical » Gilded Age
The Dear Maude Trilogy is a multi-genre novel that blends time travel romance, mystery, and intrigue, set in different time periods with enough twists and turns to keep you turning the pages. Follow Emily's unexpected journey, where journal entries to her deceased aunt and the powerful secrets they contain, become her only link to the life she once knew and the future she must choose to follow. 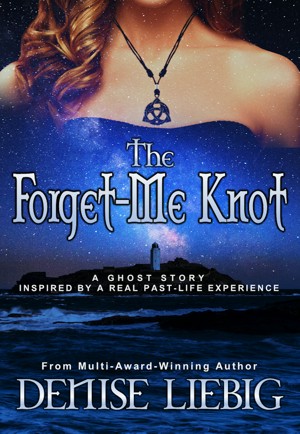 The Forget-Me Knot by Denise Liebig
Price: $4.99 USD. Words: 84,670. Language: American English. Published: June 15, 2021. Categories: Fiction » Romance » Paranormal » General, Fiction » Thriller & suspense » Supernatural
Since her father’s death, Natalie Lane has struggled with love. Now a busy therapist, she encounters a ghost, claiming to be a past love. Fearing for her sanity, Natalie travels to England on sabbatical. There, her past collides with her present when she discovers a romance, eternal like her beloved trinity knot necklace. But will she allow herself to leave her fears behind and let true love in? 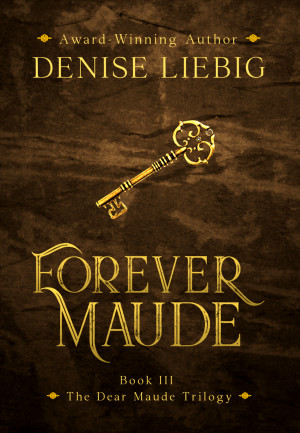 Forever Maude by Denise Liebig
Series: The Dear Maude Trilogy, Book 3. Price: $3.99 USD. Words: 91,710. Language: English. Published: October 25, 2018. Categories: Fiction » Romance » Time travel, Fiction » Coming of age
Regardless of which time she is occupying, Emily cannot escape her past or forgive herself for the lives she ruined... The Final Book of The Dear Maude Trilogy. An Unforgettable Time Travel Adventure. 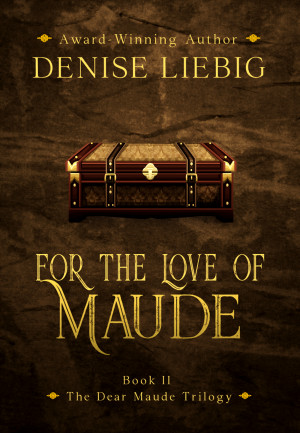 Hiding in history isn’t the thrill Emily imagined—nor is time travel. Her husband, Dell, is injured and may not recover. Then Shane, Dell’s parallel self, arrives. He’s young, hot, and ready to challenge Emily’s feelings. The 1920s roared even louder with Shane around. Can her marriage survive? And will her desire to be just like her late aunt cause Emily to risk everything for the love of Maude? 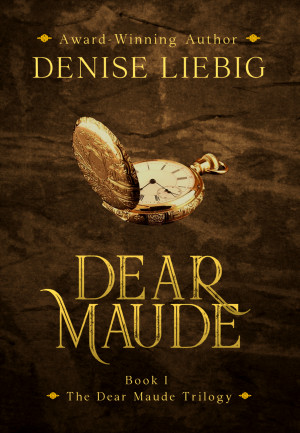 You have subscribed to alerts for Denise Liebig.

You have been added to Denise Liebig's favorite list.

You can also sign-up to receive email notifications whenever Denise Liebig releases a new book.