Des Hunt was a science and technology teacher for many years, interspersed with periods of curriculum development both in New Zealand and overseas. During this time he had several textbooks published to support the New Zealand curriculum. In recent years he has looked at other ways of interesting youngsters in science, creating computer games and writing non-fiction and fiction with scientific themes.

After living in Auckland for much of his life he moved with his wife, Lynne, to Matarangi on New Zealand’s Coromandel Peninsula. He retired from the classroom in 2007 to concentrate on writing fiction for children. He continues his aims of fostering young peoples’ natural interest in the science of their surroundings by visiting schools and libraries where he runs workshops and presentations.

Where did you grow up, and how did this influence your writing?
I was born in Palmerston North, New Zealand in 1941. The small city environment was considered safe enough for kids to wander almost wherever they wished. We had many major and minor adventures which now find a place in my stories.
When did you first start writing?
I began writing text books in the 1970's and had my first book published in 1974. It wasn't until the 1990's that I began experimenting with fiction. A Friend in Paradise, my first novel, was published in 2002. Since then I have had at least one book published most years.
Read more of this interview.

Where to find Des Hunt online 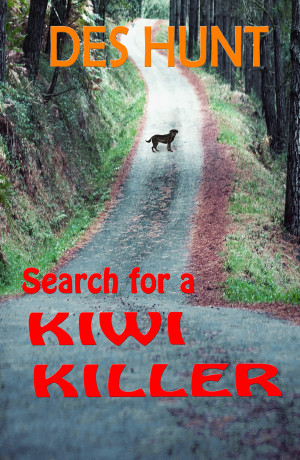 Search for a Kiwi Killer by Des Hunt
Price: $4.00 USD. Words: 33,460. Language: English. Published: July 24, 2018. Categories: Fiction » Children’s books » Action & Adventure / Survival Stories, Fiction » Children’s books » Animals
Young Tom Smart finds an injured pig dog in New Zealand's Waitangi forest. He can’t believe she could be a kiwi killer, but others do. There is only one way Tom can save her, and that is to find the real killer, which means confronting a man who will do anything to protect his secrets. 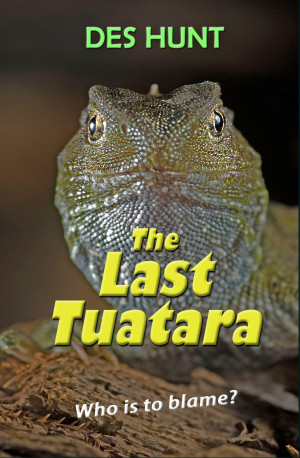 The Last Tuatara by Des Hunt
Price: $4.00 USD. Words: 49,660. Language: English. Published: July 15, 2018. Categories: Fiction » Children’s books » Action & Adventure / Survival Stories
After surviving for more than 300 million years the tuatara are close to extinction. The race to save them is being lost until twins Jason and Jessy make a remarkable discovery on an isolated New Zealand farm. But when this news leaks, the twins soon find themselves as endangered as the animals they are trying to save. 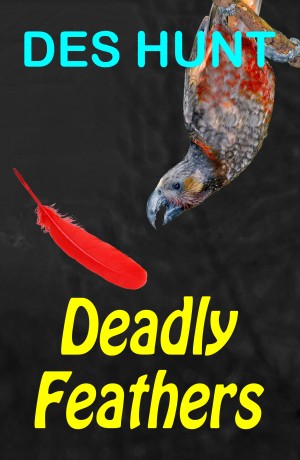 Deadly Feathers by Des Hunt
Price: $4.00 USD. Words: 22,930. Language: English. Published: September 6, 2016. Categories: Fiction » Children’s books » Action & Adventure / Survival Stories, Fiction » Children’s books » Animals
Noah Larsen is forced to move to a lonely life on Stewart Island, New Zealand. Then he spots a spectacular bird in the bush: one nobody else believes, except for local-girl Hailey. When birds start dying, Hailey and Noah must unite to solve the mystery, and then save one of the world’s strangest and rarest creatures from extinction. 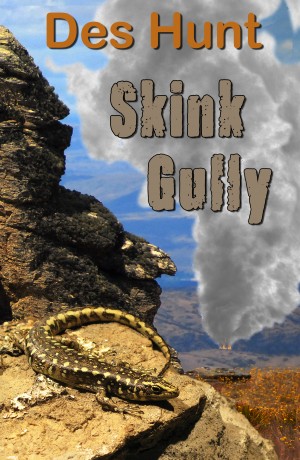 Skink Gully by Des Hunt
Price: $4.00 USD. Words: 18,100. Language: English. Published: May 30, 2015. Categories: Fiction » Children’s books » Action & Adventure / Survival Stories
New Zealand's Central Otago has animals found nowhere else in the world. Most of these have been under threat ever since man arrived on the land four hundred years ago. But recent changes in farming are now pushing them close to extinction. Skink Gully is the story of three children's fight to save these precious animals.. 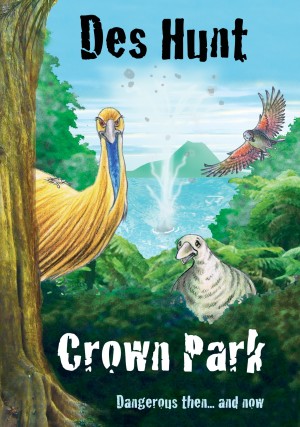 Crown Park by Des Hunt
Price: $4.00 USD. Words: 30,140. Language: English. Published: May 30, 2015. Categories: Fiction » Children’s books » Action & Adventure / Survival Stories
Lake Taupo in New Zealand erupted two thousand years ago in one of the world's most catastrophic explosions. No humans lived in the land back then, but many animals did, some of them such as the giant moa are now extinct. Crown Park takes the reader back to that time in an exciting adventure that lets us share in the drama of those events. 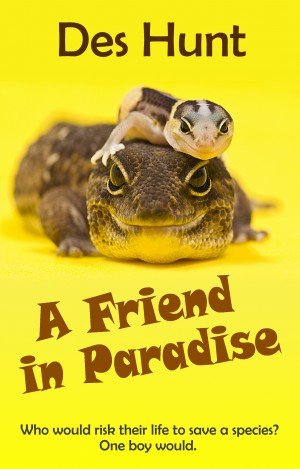 A Friend in Paradise by Des Hunt
Price: $4.00 USD. Words: 37,040. Language: English. Published: May 29, 2015. Categories: Fiction » Children’s books » Action & Adventure / Survival Stories
After Robbie Walker’s father dies of cancer, his mother sends him off to spend the summer holidays on Uncle Jim’s farm where his father grew up. There, Robbie discovers a creature thought extinct for more than a hundred years. But wild-life thieves steal the animal, and soon Robbie's life is in danger when the criminals take him into the steam fields of White Island volcano.

You have subscribed to alerts for Des Hunt.

You have been added to Des Hunt's favorite list.

You can also sign-up to receive email notifications whenever Des Hunt releases a new book.