THE AUTHOR: Gunner Finkemeyer, alias Colin, Finky, Baron, Sandy or Stinky, was one of the lucky ones to survive being a World War II PoW and return home.

Colin was an ammunition number and gun loader for 'George' Troop 15th Battery and a proud member of the 4th Anti-Tank Regiment.

He is one of the many youths who loved Australia with boyish pride, and who were prepared to do what had to be done at the time to help defend their country from invasion by the Japanese.

As luck would have it, he happened to be in a number of the same camps as that great man, Weary Dunlop, and is one of the many who owe their lives to him.

Finky was fortunate enough to have the opportunity to complete his studies in Commerce (in Personnel) at Melbourne University.
He was able to spend his working life with men and managers in Australian owned and operated manufacturing companies. And he loved it.

Former P.o.W turned author recounts his experiences and that of his comrades ...

"I served in Malaya, in Singapore; when that fell we were taken prisoners of war. Australia sent people over there to hopefully stop the Japanese from invading, but there was a mighty invasion... they overwhelmed Singapore, and the next thing we were prisoners, and with another 21,000 people we spent our lives as prisoners of war."

It took three years to secure their release - not something the captives thought was going to take so long.

"We were very confident the Americans and the British would be there to drag us out very quickly - we lived in hope all the time."

Since then Colin has written three books detailing the experiences of Australians captured in Singapore and held by the Japanese; his second book is an intimate account by his comrades of their experiences. Was it hard to get these men to open up and recall the horror they lived through?

"Initially it was very reluctantly. They hadn't spoken about this for the whole of their lives. I felt there was an absolute need to get their stories so that the younger generation were aware of the fact that there was an invasion. Sixty years ago is a long time, and Australians are quick to forgive and quick to forget. Unles we told our story now they would never be told."

"Some of them wept, they were so emotional about it. But in the end, once they had broken through, they felt good about it, and they were prepared to help me with the story."

The curious aspect is that the book It Happened To Us - Mark II is humourous, if not light-hearted about the hellish conditions and treatment these men went through.

"I had written another one before that; the second book was more about the lighter side, the brighter side, the things that happened. They said to us 'you were only kids then - you must have got up to some skulduggery, so write about it'. When I first approached the fellas they said there was nothing funny about that war, and there was nothing funny about being PoWs - but then they started to sort of chortle a little bit and cackle, and I finished up with about a hundred stories of the lighter side."
Read more of this interview.

Where to find Colin Finkemeyer online 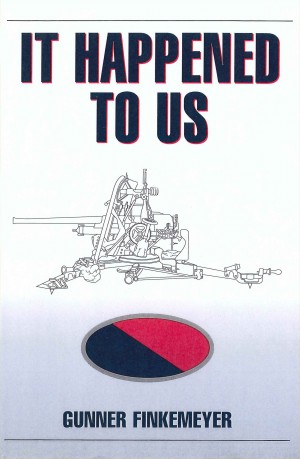 It Happened to Us by Colin Finkemeyer
Price: $4.99 USD. Words: 131,690. Language: English. Published: September 2, 2015. Categories: Nonfiction » History » War, Nonfiction » Education & Study Guides » History
These stories are primarily about 4th Anti-Tankers and their service in WWII to defend Australia against invasion by the Japanese in Malaya and Darwin. It's for relatives and friends and other POWs who either died in captivity or who didn't talk about their experiences very much. And also for people who would like to know what life was really like in those long tedious years of war and internment. 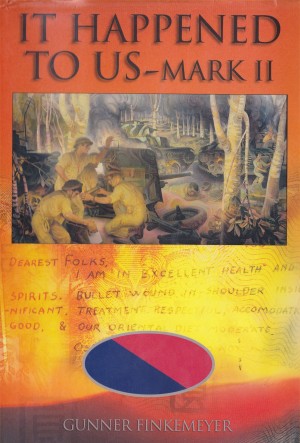 It Happened to Us - Mark II by Colin Finkemeyer
Price: $4.99 USD. Words: 88,940. Language: English. Published: June 14, 2015. Categories: Nonfiction » History » War, Nonfiction » Education & Study Guides » History
These are the stories of the `boys' of the 4th Anti-Tank Regiment who served in World War II in Malaya and Singapore in the defence of Australia. After Singapore surrendered, anti-tankers were allocated to various POW work parties. Collectively their stories cover a broad range of the experiences endured by all Aussies in Japanese POW camps. These 109 stories have been told for young of today.

You have subscribed to alerts for Colin Finkemeyer.

You have been added to Colin Finkemeyer's favorite list.

You can also sign-up to receive email notifications whenever Colin Finkemeyer releases a new book.