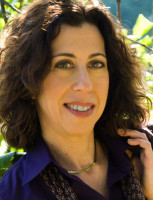 Deborah L. Jacobs, author of "Four Seasons in a Day: Travel, Transitions and Letting Go of the Place We Call Home" and "Estate Planning Smarts: A Practical, User-Friendly, Action-Oriented Guide," is a lawyer and award-winning journalist with a broad range. Her articles, for The New York Times, Bloomberg Wealth Manager, BusinessWeek and many other publications, have been widely cited and circulated. Readers appreciate her clear, concise explanations of complex subjects and her ability to combine real-life stories with reassuring, practical advice. A former senior editor at Forbes, where she wrote for the “Money & Investing” section of Forbes magazine and was a key contributor to its bi-annual Investment Guide, Jacobs also launched a popular personal finance blog on Forbes.com. She is a dynamic speaker and has been interviewed as an expert on financial strategies by reporters from many different media outlets, including The New York Times, Bloomberg News, Reuters, U.S. News & World Report, MarketWatch and CBS TV.

What's the story behind your latest book?
During the year that my husband and I spent planning our first lengthy French sojourn, I envisioned writing a book about the forces that cause baby boomers to leave the workplace sooner than expected – something that had happened to both of us. While living in France, I was going to focus on that project.

But, as so often occurs with foreign travel (and life), nothing went according to plan. And when that happened, I began to write about it. At least a few times a week, I turned my notes into e-mails to friends and family whom I thought they would interest. Soon I became so occupied with this correspondence that I put aside the other book idea and started this one.

By the time we returned to New York, I had produced some 60 e-mails, totaling about 70,000 words, and organized them into a draft table of contents. It took another year of writing, editing and rewriting to finish Four Seasons in a Day. But, unlike other memoirists and travel writers, I didn’t have to rely purely on recollections. I believe in the adage, “The worst pencil is better than the best memory.”
What motivated you to become an indie author?
With my previous book, "Estate Planning Smarts," I turned down offers from two big publishers because I wasn't happy with the money they offered. McGraw-Hill’s offer was missing a zero—and I told them so. One from Bloomberg Press was more than three times as much, but still pathetically low. On Halloween of 2008, an auspicious day, I made the decision to become an indie author. It turned out to be one of the best career choices I have ever made: "Estate Planning Smarts," now in the 4th edition, was favorably reviewed by The Wall Street Journal, has become a trusted guide for consumers and disproved publisher's predictions that a book about estate planning won't sell well. "Four Seasons in a Day," my latest book, is the second one that I have published by my company, DJWorking Unlimited Inc.
Read more of this interview. 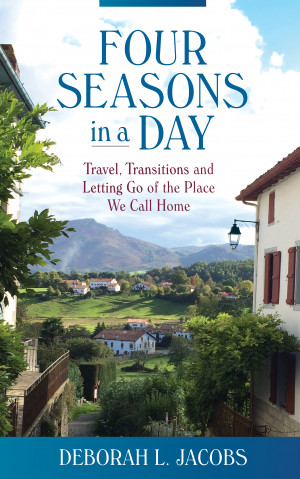 Four Seasons in a Day: Travel, Transitions and Letting Go of the Place We Call Home by Deborah L. Jacobs
Price: $9.99 USD. Words: 82,930. Language: English. Published: July 17, 2017. Categories: Nonfiction » Travel » By region, Nonfiction » Travel » Essays & Travelogues
Deborah Jacobs quit the job from hell, rented her house and planned to Airbnb her way through France. This swiftly-paced, well plotted travelogue, by a writer at the top of her game, blends observations about aging and careers, with fish-out-of-water adventures and practical advice about the sharing economy. It all comes together to make for an entertaining, inspiring and information-rich read.

You have subscribed to alerts for Deborah L. Jacobs.

You have been added to Deborah L. Jacobs's favorite list.

You can also sign-up to receive email notifications whenever Deborah L. Jacobs releases a new book.