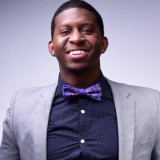 D’Narius Lewis was born May 25, 1993, in Shelby County, Tennessee. His family then moved to Minnesota in 1998 where he currently resides. D’Narius was raised by his single mother; being the youngest and only boy in his family shaped his outlook on life and the concept of survival and determination. He has stepped up to the plate as being the man of his household to keep his family as a unit.
A born entrepreneur, D’Narius Lewis started his sales career at the age of 15 when he began selling iPhones and Androids off Craigslist; this led to his passion for business and entrepreneurship .
While in college D’Narius balanced a full time job along with being a student. His balance became overwhelming and he often found himself having to decide to go to work or school. He later got fired from his job and eventually dropped out of college in rebellion to the demanding college lifestyle.
During that time, until he was 21, D’Narius had worked over 6 jobs and found his instability to be the result of his lack of passion, lack of freedom, and unfulfilling financial standing. Eventually, in 2012 D’Narius was a homeless-couch surfing kid with nothing but a suitcase and a name. He didn’t have a permit, a license, or a car, so his ability to get around was also limited.
Fortunately, things took a positive turn and he found himself blessed to have a friend from high school whose family took him in. By the summer of 2013, the money D’Narius made was used to support rent, bills, and groceries--which was limited to $10. He often found himself left with $7.40 after all his bills were paid. He soon decided that was not the life he wanted to live, so he did something about it.

Fast-forward to 2016, D’Narius is now an author, speaker, and social media expert with multiple books on self-help and inspiration. His love for networking, desire for likability, and rebellious attitude towards societies’ monotonous standards are what motivated, and still motivates him to attain his current level of success

D’Narius attributes his success to constantly moving and failing forward. Even when he had $1 to his name, no one knew his financial struggles, but he knew it would only temporary. D’Narius also attributes much of his success to his mentor Mary Dingmann, whom taught him the concept of transformational learning or guidance education.

D’Narius dedicates his career to teaching people that they can live the life of their dreams if they are willing to suspend their disbelief for an extended period of time and maintain the discipline it takes to work toward your dreams every day. D’Narius believes that people are meant to live an abundant, rewarding, and fulfilling life.

Where to find D'Narius Lewis online 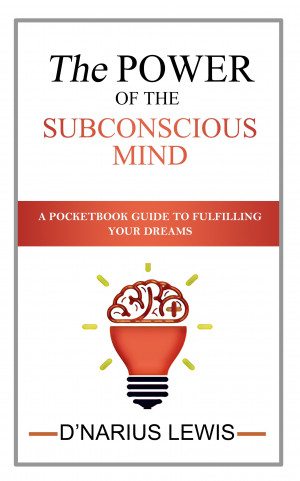 You have subscribed to alerts for D'Narius Lewis.

You have been added to D'Narius Lewis's favorite list.

You can also sign-up to receive email notifications whenever D'Narius Lewis releases a new book.