Doctor of Chiropractic since 11/1984.
Former Chief of Nuclear Medicine, Lutheran Medical Center, St. Louis, MO.
Volunteer EMT, Hurley Fire and Rescue Squad, Hurley NY.
Folk musician, volunteer soundman for the Hudson Valley Folk Guild.
Kiwanis Club of Kingston.
Society for Creative Anachronism fighter, archer, and chirurgeon.
Greetings and welcome to my website. Thanks for stopping by. I welcome you to download VANESSA with my complements and see if you like the style. I'm told by readers the first two chapters are a slow acceleration (others say 'no problem') and then it takes off from there as a great page turner. Each of the four sequels had good reviews on first released a few years back, so I hope you'll try those as well. Time Snap and Hell Rise were more recent efforts I hope you'll like. The short stories have been a lot of fun to write, and are getting good response levels. Thank you all so very much! Long and merry life, best of health,
David L Howells

PS: I've done my best to filter out errors in the copy, but if you see one on any of the works, please notify me at twosword at earthlink dot net? I'd appreciate it (just include a three word sequence and which title, and I'll fix it with a search and correct).

Where to find David Howells online 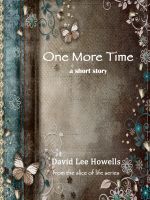 One More Time by David Howells 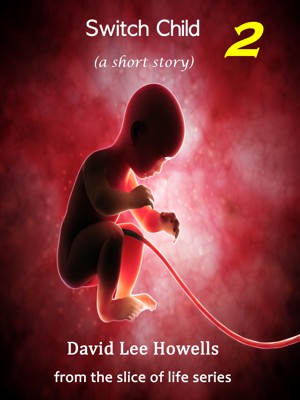 Karl Hoffman has an adopted son like no other. Colin's mind is six years old, while his body is six feet underground. The child now exists in the electrical conduits of computers, cables and power lines. How do you raise a child who can only communicate via digital media? What kind of great service can such an intelligence render humanity? What kind of damage is he capable of? 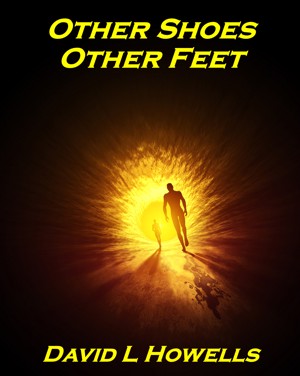 It wouldn't be the first time the crime of murder disrupted a family, but how often does that crime happen in a previous life? 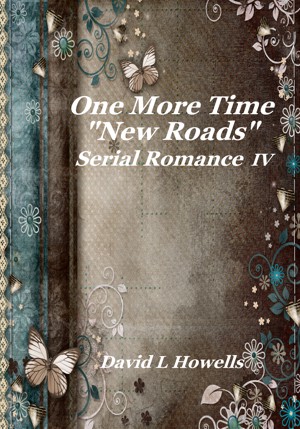 The fourth and final installment of the One More Time romance serial. Sam and Elsie have moved into their new home, have begun their new part time jobs, and are ready to lay back and plan their wedding. Life has a few more surprises in store before the big day, though. Though on in years, the aging couple stand strong together against what life throws in their paths. 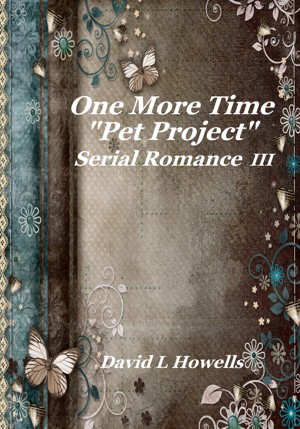 This is the third installment of the One More Time serial. Sam and Elsie have made huge strides to close the doors of their past and open up a new door for them both to walk through. The house is turning out wonderfully, and both agree a pet is in order. That is where agreement ended, and their first hurdle began. Sometimes, the smallest things can cause the biggest rifts. 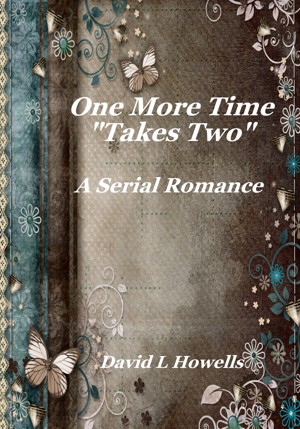 Sam and Elsie have overcome some of the fears and awkwardness of carving out a new life for themselves. How could either of their homes, the places they shared with their former spouses, allow for something new and untethered to the past? The painful decision to break from the familiar to allow the new is hard to make. 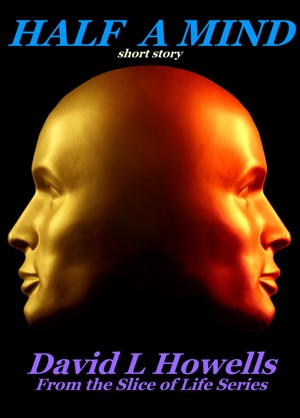 Imagine two separate minds existing in one body from even before birth. What trials and troubles would such a dual intellect in a single body go through as an infant, as a pre-schooler, in high school? Imagine what might happen if such a person were to appear in criminal court. Now, suppose the charge was murder? 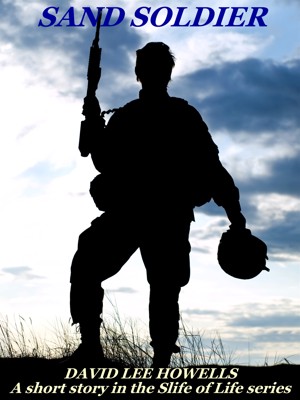 Life is not a circle...it's a spiral. You come back to not where you were, but a place that has familiarity. Arny Woods' earliest and fondest memory was in playing soldiers in the sandbox in the back yard. He was too young to see the cycle return in high school, but the shock of combat at D Day opened his eyes. 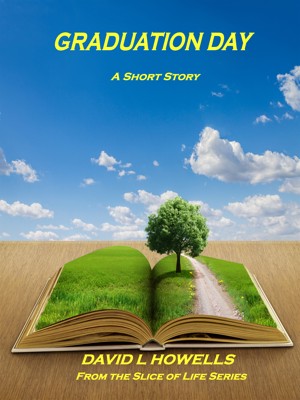 Andy and Gail were salutitorian and valedictorian respectively. Their task was to encapsulate 4 years of high school at graduation into a memorable 20 minutes. With a lot of soul searching, help from others, and the student body, the commencement speach became something no one would soon, or ever, forget. 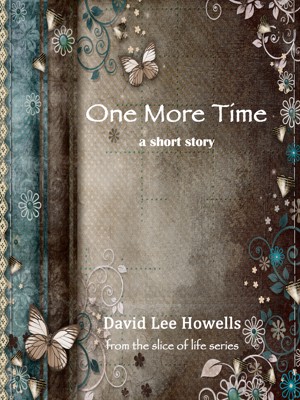 When the one you love passes on, leaving your sunset years wanting of warmth, a person can wonder if that is the way the rest of their lives will go. In One More Time, two long time friends and next door neighbors realize they might very well find warmth once more in each other over and above being best friends. That leap is harder and more complicated than they thought. Reviews welcome! 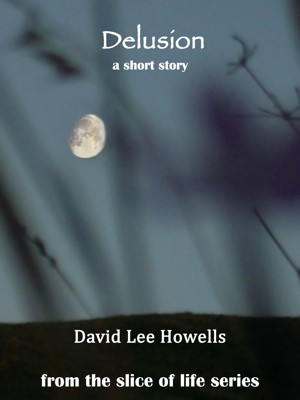 When a man by mishap is locked into a sensory deprivation chamber for two days, he comes out changed. But what was he changed into? Some believed he was forever delusional. The man and others believed he was taken over by a holy angel to work miracles in the psych ward. Two college students doing a research project find more than they expected...much more. Review and 'favorite author' welcome! 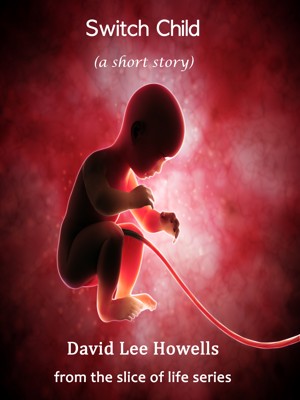 An aging handyman winding up his employment years at a chronic care facility finds himself connecting to a child patient, though the boy registers as brain dead. The boy, Colin, is able to reach past the barriers in a way no one else has ever done, and Karl the Handyman tries to help, while protecting the boy from the dangers success would bring. Reviews and 'favorite author' are most welcome! 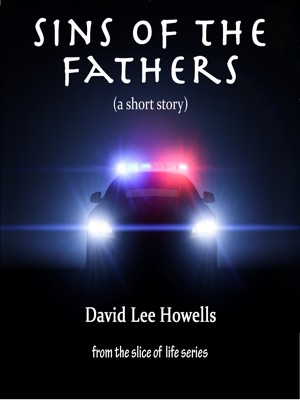 Who was the hostage taker, and why did he request Captain Roger Burhans as an intermediary? There were three prisoners in a small building that was built like a fortress. The negotiations game had begun, but the gunman's plan of multiple revenge strikes would eventually destroy more than one life. Misery loves company, and hate will provide it. Reviews and 'favorite author' status very welcome! 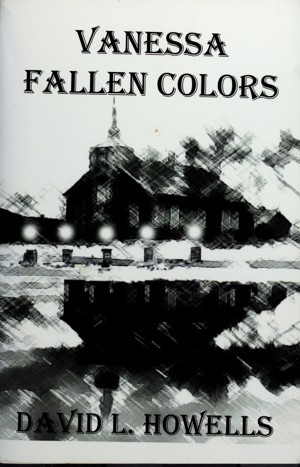 In the final book of the Vanessa quintology, an autistic child receives the protection of an angel. The Fitzgalen Family continues their mission of soul assistance, and finds themselves growing in number, both in human and entity members. Why? The answers are found in the mind of a child with Asperger's Syndrome. 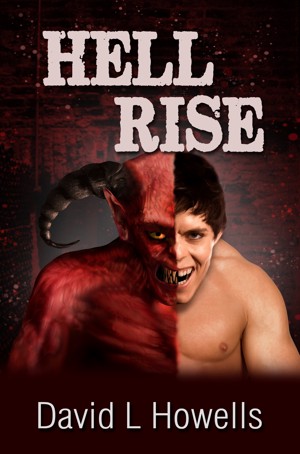 HELL RISE - The sequel to Time Snap. Hell is not what it used to be, as the Fallen Host radically change how they manage Human souls. One of Lucifer’s leading Angels wants Moriah back in Hell and will stop at nothing to either bring her back, or destroy her. 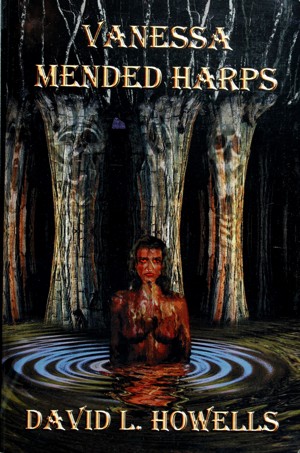 VANESSA: MENDED HARPS – Sequel to Vanessa: All Heaven Breaks Loose. When a human spirit merged its energies with an ancient oak tree during the Battle of the Rhinebeck Cemetery, a new species was born. Amidst legal entanglements that hamstring the Fitzgalen Family’s efforts to pursue its mission of spirit liberation, a greater question arises; how do you deal with an emerging competing species? 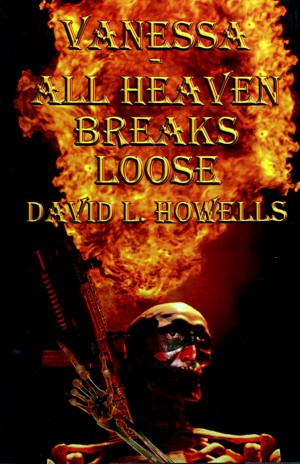 Ever since humans began to wonder of the world’s miracles, knowledge of death and what comes after was precious and elusive. The Fitzgalen Family appears to have new authority in this awareness. That unwanted notoriety has a way of creating devotees, and very powerful enemies. Sequel to Vanessa - Family Tree. Prequel to Vanessa - Mended Harps. 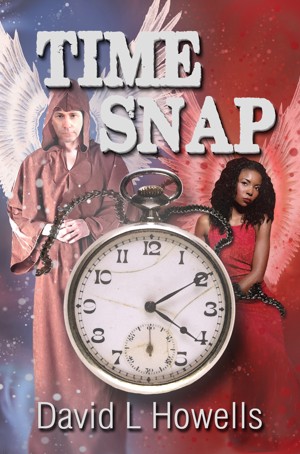 “In The Beginning” tells us that the first thing to be created was Time. When the machinery of Time fractures, all animal life on Earth freezes except those near enough to Heaven’s observation portals. While Heaven races to repair the machinery of Time, Heaven's Host watches over Humans wandering through frozen life seeking other survivors, while watching out for out for Opposition Host. 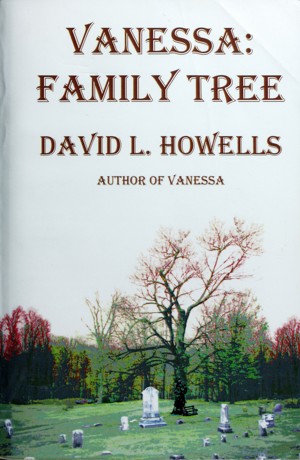 Sequel to VANESSA. The epic battle was over at the Edwards Estate. The Fitzgalen Family regroups to lick its wounds, mourn its dead, and pursue their mission of saving souls stuck on the Earth plane. What happens when an underground spirit desperately hiding from judgment beneath the ground doesn’t want to be found, and is ready to strike anyone who tries? 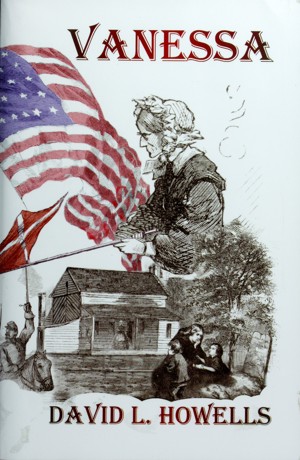 A mentally fractured powerful spirit of a Georgian plantation holds in thrall the men and mounts of a Civil War foraging party to daily avenge the death of her husband and children by putting the enemy spirits through Hell. Ryan Fitzgalen, ancient and clairvoyant thanks to a WWII experiment using electromagnetism and his ghost wife must call in their descendents to battle undying hatred.

Trevi Formea
Latest book: The Littlest Angel - For unto this day a child is born.
Published February 11, 2015.

You have subscribed to alerts for David Howells.

You have been added to David Howells's favorite list.

You can also sign-up to receive email notifications whenever David Howells releases a new book.