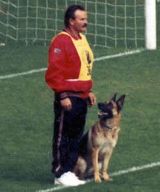 I started my career with dogs as a Los Angeles Police Officer, decoying several of their dogs, and being used for Search purposes. They used me because for some reason their dogs loved to bite, and find me.
After I retired from LAPD, I was hired by the City of Long Beach, as an Animal Control, where I was given my own shift, and worked with Emergency calls, Cruelty Complaints, and Injured Dogs.
• It was during this time I finished my bachelors in Philosophy at Cal State Long Beach, and
• Started purchasing, training, and placing an American Pit Bull Terrier, every week.
• I also became involved with the Golden State, and the Southern California Pit Bull Club(s).
• I also operated a Gymnastics Clinic (Something I had done since my sophomore year in high school WITH THE Whittier YMCA, and sent two students to the Olympics).
• During this time I read every book printed I could find on Dog Training, including the works of Dr. Michael Fox (about wild dogs), and Dr. William Campbell, The American Veterinarian Association’s 35 year chosen Psychologist, (DOGS AND BEHAVIORAL PROBLEMS), and went on to
contact him, and corroborate my dog training, using his Psychology.
• I entered the “CAREER FOR DOG TRAINERS” WITH Steve Cobb, (a self-proclaimed national AKC Obedience Champion, from Miami Florida, and out of some 5000 students finished in first place.
• I quit Animal Control and went into Professional Dog Training the day I graduated from the School, (June 15th, 1978).
• I started protection training, working with Soren Paulson (along with Bob Eden) of the Long Beach Police Department, using their Police K9 dogs to learn how to decoy.
• I went on to train with Serveral different Departments throughout Southern California.
• I quickly became the top In-Home Dog Trainer in California.
• In 1985 I created Orange Counties first Licensed Dog Training Facility.
• I was elected the Vice President of the Orange County Commercial Kennel Owners Association.
• I also became the Orange County Dog Behaviorist with Administrative Chief Ron Hudson, and Director Lyn Liberio.
• In 1986 I was Honored as the California State Superior Court K9 Expert for my work helping to create the Dangerous Dog Laws.
• As such I also became a consultant for the Southern California Animals Control Officers Association, and the Southern California Police K9 Officers Association.
• I n 1987 we began competing in SCHUTZHUND dog sports, and went to the Nationals.
• In 1988 we took second, third, and fourth place at the German Shepherd National Schutzhund Championships.
• In 1989 I took the U. S. Open National Schutzhund 3 Championships, and the National Master Tracking Dog (FH) Championships, 1st, 2nd, and 4th place. I did the same thing for the next 6 years.
• During this time I trained over 50 dogs for people with Neurological and Physical Disabilities
For private clients, and several for The-Make-A-Wish-Foundation.
Every dog I have ever used as a Service Dog, with the exception of the German Shepherd pups I have personally bred and raised, came to us as a rescue dog. We have saved the lives of thousands of people, and thousands of dogs as well.

Accomplishments
• Ex(Retired) Los Angeles Police Officer,
• Ex(Retired) Long Beach Animal Control Officer.
• CONSULTANT: Southern California Animal Control Officers Association
• CONSULTANT: United States Federal Post Office, & So Cal Edison.
• Retained as Manager of Animal Services by Samsung Electronics, Seoul South Korea.
• Over 28 years CALIFORNIA’S SUPERIOR COURT CERTIFIED K9 EXPERT
• Helped create the “Dangerous Dog” Laws for the State of California
• Worked on several dozen cases in SUPERIOR COURTS and ANIMAL COURTS throughout California involving dog bites and vicious dogs, nuisance dogs, etc.
• Have worked with Los Angeles, River-side, San Bernardino, and San Diego District Attorneys, and Public Defenders Offices from 1985-2013.
• In the past six years retained to testify with three murder trials involving dogs.
• In 2008-2009 was retained to handle a case in Long Beach California for the owners of a rescue Shelter, which resulted in the Director of Animal Control having to retire.
• Rehabilitated and trained over 1,000 dangerous dogs.
• Titled over 50 dogs in the sport of Schutzhund.
• 18 TIMES United States National Dog Sport (Schutzhund/Police K9) Champion for Tracking, Obedience, and Protection K9 training.
• 4 times National Tracking Dog Champion (1st, 2nd, and 4th out of the top 57 trackers in America in 1989, 1990, 1991, & 1992).
• Awarded the “Merit of Honor for Outstanding Contribution to the German Shepherd breed in America”, by the German Shepherd Dog Club of America-Working Dog Association
• Qualified 12 Times to represent The German Shepherd Dog Club of America at the World Meisterschaft (Championships). Trained the highest scoring female at the World Championships. Trained several other National and World Championship Champion K9s.
• Extensive education with several UNIVERSITY (Long Beach State University, LA & LB City Colleges) & College Degrees.
• Author of 8 published kindle books on Dog Training and Dog Psychology.
• Owner/Operator DOGWISH, Inc. 10 years.
• In 2006 Bob Taylor was awarded the “Humanitarian of the Year” by the Journal of Longevity Magazine, for his work with the Disabled.
• Red Cross “American Hero” for 2006, by Dr. David Kelso, PhD, VP, AMERICAN RED CROSS.
• Make-a-Wish Foundation Vender of the Year 2009, 27 years of service, and over two dozen Service dogs. In 2013 we trained a dog through Make-A-Wish Foundation, for a 2 year old girl with seizures, and multiple comatose periods, to regulate her seizures and keep her awake and healthy.)
• In 2007 and for four consecutive years Bob was retained to return, and trained special Police Dogs that he bred, raised, and personally trained, to guard the homes of several actors and high profile VIPs on 3 different Caribbean Resort Islands.
• Bred, trained, and placed over 150 Service Dogs for people with Neurological Disabilities including: Autism, Asperger’s Syndrome, Alzheimer’s disease, Severe Anxiety & Panic Attacks, P.T.S.D., Mitochondrial Disease, Cerebral palsy, Prader Willi’s Syndrome, and several other related disorders, Seizures and related disabilities, etc.
• Consultant for the State of California Board of Education, Department of Developmental Disabilities (presently this have a pilot program and am training many dogs through the State Regional Centers), to train for the public, and for Public School Special Needs Teachers.
• Involved in Research with the University of Riverside, Professor Choe, concerning the special scent discrimination abilities of Dogs for Detection
• Placed a German Shepherd with Bradley Davis of Providence Support Services, in September of 2012, a facility with 28 adults with Development Disabilities and Seizures. The dog has stopped from night seizures for the first time ever, and reduced his day seizures significantly. She indicated seizures in 7 people her first day at the facility. She has helped Brad “wake up” and become cognizant, responsive, and articulate.
Bob Taylor is currently involved in:
1. a pilot program with the State of California, Board of Education, Department of Developmental Disabilities to place Service Dogs with:
a. families through Regional Centers
b. Public School Special Needs Teachers
2. Research with Leading Universities (University of Riverside & Irvine) on Scent Detection, (Bed Bug Detection K9s), using his own trained dogs
3. Placing hundreds of Service Dogs throughout America, etc., with The Dog Wish Incorporated, a Non-Profit that he founded and runs, as the President of the Board of Directors.
4. Has obtained Certification on Dementia and related Neurological concerns, including caregiving, from 3 prominent Universities, including Duke University, John Hopkins School of Nursing, and the University of Tasmania in New Zealand.

Where to find Bob Taylor online 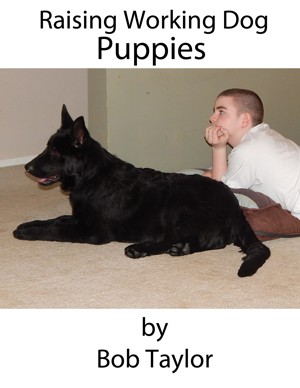 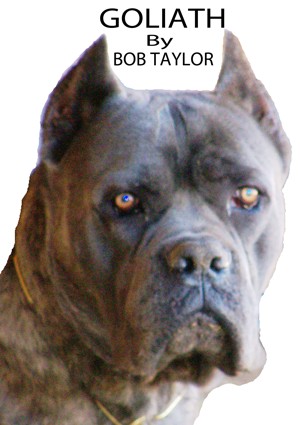 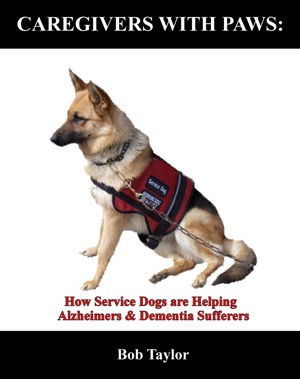 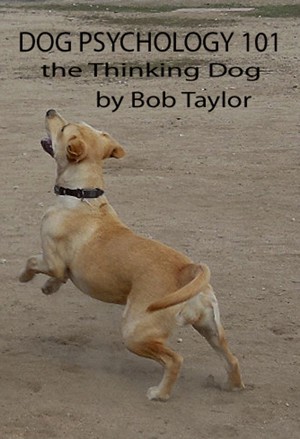 You have subscribed to alerts for Bob Taylor.

You have been added to Bob Taylor's favorite list.

You can also sign-up to receive email notifications whenever Bob Taylor releases a new book.