Manuel Rosario was born in the Dominican Republic.

Rosario Rodríguez studied communication in the Dominican Republic, where he earned the diamond category when the veteran social Communicator Otto Rivera directed that institution. Rosario Rodríguez begins his career of Journalism at (UTESA) Universidad Tecnológica de Santiago, (Technological University of Santiago). He leaves the university and moves to the United States of America in 1989. In Edison, NJ he continues his studies at Middlesex County College in the 90s. Later, in 2010 he earned an Associate of Arts in Journalism at Northampton Community College in Bethlehem, PA. He obtained in 2013 his BA in Political Science at Kutztown University, in Kutztown, PA.

Where to find Manuel Rosario online 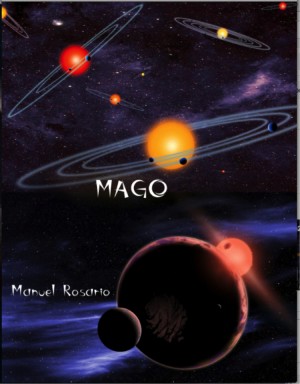 Mago by Manuel Rosario
Price: $0.99 USD. Words: 91,500. Language: English. Published: July 10, 2016. Categories: Fiction » Science fiction » Adventure
Prince of magic Mago who was powerful in his past life now arises as the only human-god in the Civilization of Comsmoplante after he defeats evil’s daughter Rebecca The Witch who eats children worldwide.

You have subscribed to alerts for Manuel Rosario.

You have been added to Manuel Rosario's favorite list.

You can also sign-up to receive email notifications whenever Manuel Rosario releases a new book.