The Moon-Earth enigma has been a lifetime pursuit since the mid-80's for Doug Ettinger, born in 1944 in Pen Argyl, Pennsylvania. Doug graduated from Lehigh University with a B.S. in mechanical engineering and has retired after a 22-year career in nuclear engineering. He has two sons and currently lives in Pittsburgh, Pennsylvania, with his significant other, Rhonda Smith. Some of his main interests and distractions are snow skiing, hiking, kayaking, sailing, bicycling, tennis, ballroom dancing, movies, and chess.
Since posting my original journals and some subsequent editions in 2013, many new developments and ideas have occurred. Also, some power point presentations have been included to aid teachers who wish their students to sometimes think outside the present box of paradigms.
Special attention was given to the Sun's sister star, currently named Nemesis, which at the time, was being hunted by space telescopes. I wanted better reasons for mass extinction events. The accepted notion of a very long period star orbiting the Sun and infrequently disturbing an imaginary Oort Cloud of comets was not believable or proven. NASA has recently revised or given-up their model. The disturbances of this star are now considered to be perturbations of the newly discovered Kuiper Belt objects. Doug slowly and cautiously became convinced that a much closer, very dim brown dwarf star orbited the Sun and intersected the orbits of the Sun's planets, causing occasional chaos. The underpinning of this idea originated with Zecharia Sitchin's book, The Twelfth Planet, that involved a planet with moons which orbited the Sun every 3600 years.
Doug adapted part of his idea by making Sitchin’s intruding planet become a brown dwarf star with its own set of planets. This idea easily dovetailed into his postulation of "Earth's Metamorphosis" found in his original journal and with recent discoveries of brown and red dwarf stars. The Earth's "Great Deluge" is linked with one of Nemesis's crossings of the inner solar system, which is well dated at 11,500 years BP, at the end of the Younger Dryas geological period. This led to investigating other crossings at approximate intervals of every 3600 years in the journal "A Brief History of Mankind's Chaotic Past".
Subsequently, Doug discovered the ideas formulated by a group of independent scientists called the "Electric Universe". Their concepts unbelievably corroborated his journal by indicating an electrified and magnetic brown dwarf star entered our solar system. This star, and/or its planets, for Doug’s hypothesis interacts with the Sun's planets, producing scarring and giant pitting through gigantic arc discharges that are readily observable with NASA's space probes. The "Electric Universe" also provided a convincing dialogue, via comparative mythology, that humans witnessed and recorded some of these events.
After taking an Alaskan cruise and talking with the indigenous people, called the Tlingit, I learned that their very distinct tribal cedar dug-out canoe docking systems are found not only at sea level, but at locations about 200 to 250 feet above the ocean on the mountain side. The Tlingit flood tradition and this recognition triggered my next journal "The Great Deluge: Fact or Fiction?". Doug combined the ideas of other books written about the Flood, including the exclusion of some of their incongruent arguments. He added the idea that one of Nemesis's planets had a close encounter with Earth that caused many calamities, such as a huge arc of plasma discharge that destroyed the Laurentide Ice Sheet and initiated the Noah’s Flood. This similar flood tradition is undeniably found throughout the world.
Connect with Doug Ettinger
Contact me at email: dougettinger@verizon.net
Learn and read other articles: http://www.EttingerJournals.com
Friend me at Facebook: http://facebook.com/Star-Planetary Origins
Related Articles by Doug Ettinger
» The Enigma of the Giza Pyramids of Egypt – When and How Were these Megaliths Designed and Built (https://www.ettingerjournals.com/dbe_giza.shtml)
» Corroborating Massive Solar Eruption Causing Catastrophism on Earth – Using Robert Johnson’s Model for Providing Enough Energy to Cause Tectonic Uplift Processes through Thermal Expansion and Phase Change of Rocks – (https://www.ettingerjournals.com/dbe_solar_eruptions.shtml)
» A Brief History of Mankind’s Chaotic Past – Post-Paleolithic Times (20,000 Years Ago) to the Present that embraces Nemesis’ Influence and Prophecy – (https://www.ettingerjournals.com/dbe_mankind.shtml)
» Ancient Sun-God Descriptions Give Proof for an Orbiting Nemesis Star – A Comparative Study of Mesopotamian and Egyptian Sun-God Depictions Referenced in an Ev Cochrane Article (https://www.ettingerjournals.com/dbe_sun_gods.shtml)
» Problems with the Saturn Myth’s Polar Configuration – Replacing the Proto-Planet Saturn Idea with an Orbiting Brown Dwarf Star (https://www.ettingerjournals.com/dbe_saturn_myth.shtml)
» Electron Asymmetry – What is this Asymmetry? How Does It Affect Our Universe? (https://www.ettingerjournals.com/dbe_electron_asymmetry.shtml)
» Earth’s Metamorphosis (EMM) Hypothesis – The Event and Aftermath of Earth’s Collision with a Large Impactor that Changes Its Orbit, Spin Axis, and Surface Features (https://www.ettingerjournals.com/dbe_emm.shtml)

How do you discover the ebooks you read?
I choose ebooks basically on the subject matter. If the topic is what I am currently thinking about for my own articles, I will choose the ebook regardless of authorship. However, some known authors will definitely be favored.
Do you remember the first story you ever wrote?
The first non-fiction article was "Earths Metamorphosis Hypothesis" which was attempting to resolve the enigma of how two planets, the Earth and Moon, shared the same orbit. Of course, even after all the Apollo missions, NASA is still trying to solve this enigma.
Read more of this interview.

Where to find Douglas Ettinger online 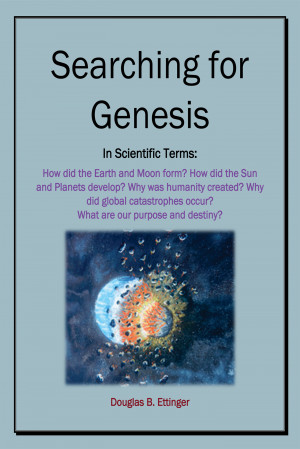 Searching for Genesis by Douglas Ettinger
Price: $2.99 USD. Words: 154,460. Language: English. Published: July 25, 2020. Categories: Nonfiction » Science & Nature » Physics / Astrophysics, Nonfiction » Science & Nature » Astronomy
Follow the search for the real truth or the modern scientific version about the Genesis story in the Judeo-Christian Bible. How did the Earth and Moon form? Will the Sun, Moon, and Earth gods keep giving us a peaceful geologic surface, tolerable weather, constant climate, and stable sea level? Do we live in a pristine, unchanging solar system? 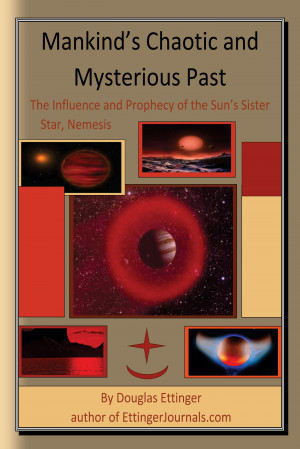 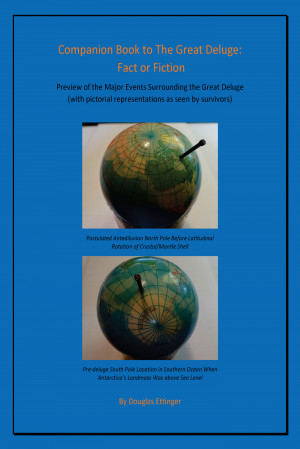 The Great Deluge: Fact or Fiction Companion Book by Douglas Ettinger
Price: $1.99 USD. Words: 11,450. Language: English. Published: January 22, 2019. Categories: Nonfiction » History » Historical Geography
The Great Deluge was accompanied by an unbelievable number of horrific global calamities which are collaborated by traditions and can now be explained and understood scientifically. Trying to forget or even formulate a cause, godlike myths developed to transcend known reasons in the natural world. In reality this catastrophe was caused by divine celestial intruders. 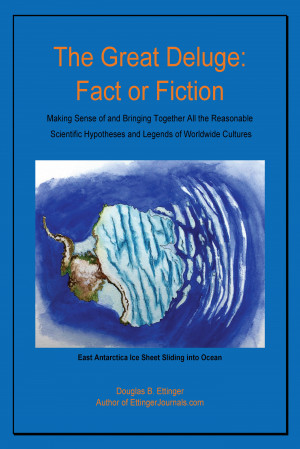 You have subscribed to Smashwords Alerts new release notifications for Douglas Ettinger.

You have been added to Douglas Ettinger's favorite list.

You can also sign-up to receive email notifications whenever Douglas Ettinger releases a new book.