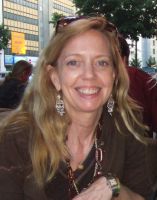 Hey, how's it going?
I am from San Francisco, California and in my other life (and identity) I am an international journalist writing on technology, pop culture,emerging trends, and travel in Asia. I call Tokyo, Vienna, London and L.A. home.

I've been lucky. My work has given me the opportunity to experience some of the most exciting cities and cultures on the planet! Admittedly I haven't led a normal sort of life on the road and being an international vagabond isn't all champagne and fun, believe me. I've learned a lot about survival. About coping in strange places. Being the outsider and never having that cloak of anonymity to throw on and hide behind.

Those feelings of being on the outside looking in is something I try to recreate in my characters. Wanting to belong and wanting to be left alone all jumbled together in a mix that never seems to make sense.

Mythology and the supernatural fuel my interest in the fiction I write and what I read. Japan in particular has a vast history of Yokai -- supernatural creatures -- that is still very much alive in the culture. So many anime and manga stories and the movies, games and books they inspire are fueled by this hidden world. I've been traveling around the Japanese countryside in my free time this year, exploring ghost and demon lore and writing about it in my blog, Haunted Japan. It's become a rich source of inspiration for several novels I'm developing now.

Working is not really work since I am writing all the time and that is what I want to do more than anything. Life is best enjoyed being with my kids who are killer smart and funny, or hanging out watching my friend K drink Chocolate Martinis, C play Boy Drama Bingo, J laughing so loudly heads turn, and H flirting like mad from behind her Dolce and Gabbana dark glasses!

I love traveling, champagne, hanging out with my kids, espresso at sidewalk cafes, people watching, really fast express trains, and laughing like crazy – though not always in that order.

Where to find Eden Crowne online

Dust To Dust by Eden Crowne 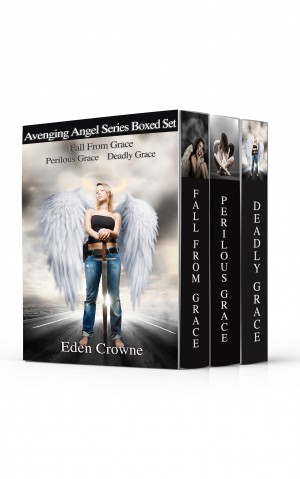 Avenging Angel Series Boxed Set by Eden Crowne
Price: $1.99 USD. Words: 225,900. Language: English. Published: September 26, 2015. Categories: Fiction » Thriller & suspense » Supernatural, Fiction » Fantasy » Paranormal
When an Avenging Angel falls for a Reaper there's more than hell to pay, there's war. Evangeline Grace used to be a vice cop. Then she was murdered. Now she's an Avenging Angel with a mission to avenge the innocent. The series follows Evie's transition from Avenging Angel to Fallen to something else entirely as she tries to stop a band of rebel spirits from changing the destiny of mankind. 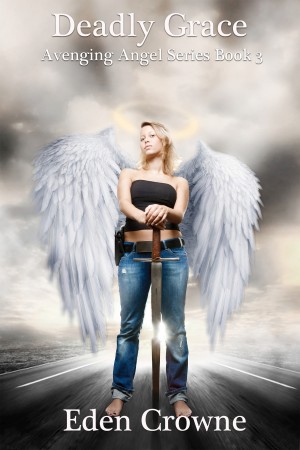 Deadly Grace: Avenging Angel 3 by Eden Crowne
Series: . Price: $1.99 USD. Words: 88,150. Language: English. Published: July 21, 2015. Categories: Fiction » Thriller & suspense » Supernatural
When an Avenging Angel falls for a Reaper there's more than hell to pay – there's war. The rebel angels are free, the Watchers snatched into Faerie, her lover kidnapped, and it's all Evie's fault. The afterlife has rules and Evie has broken most of them. Now, Evie must join forces with her enemy to do the unthinkable and take the battle to the Gates of Heaven itself. 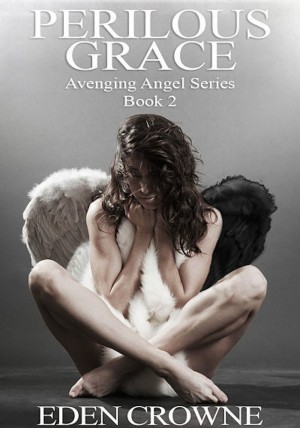 Perilous Grace: Avenging Angel 2 by Eden Crowne
Series: . Price: $0.99 USD. Words: 109,850. Language: English. Published: May 15, 2015. Categories: Fiction » Fantasy » Paranormal, Fiction » Thriller & suspense » Supernatural
When an Avenging Angel falls for a Reaper, there's more than hell to pay – it's war. To bring her Reaper lover back from the dead, Evangeline Grace sacrificed a wing and her heavenly Grace to a Fallen Angel. Her choice has set in motion events that could ignite a war between heaven and earth. Too late, Evie realizes an ex-earthbound angel is no match for the machinations of heaven. 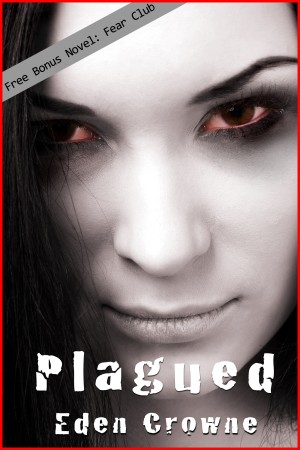 Plagued by Eden Crowne
Price: $1.99 USD. Words: 183,880. Language: English. Published: January 26, 2015. Categories: Fiction » Young adult or teen » Sci-Fi & fantasy, Fiction » Thriller & suspense » Spies & espionage
In 16-year old Skylar's America, negative is good. Positive is bad. Only people with negative blood types are naturally immune to the plagues that have ravaged the world. But survival rates are growing. Skylar has a future. Until she meets Hugo St. James. With Hugo comes her first crush, first kiss, first charge of high treason. There are no zombies in this apocalypse, but there are monsters here. 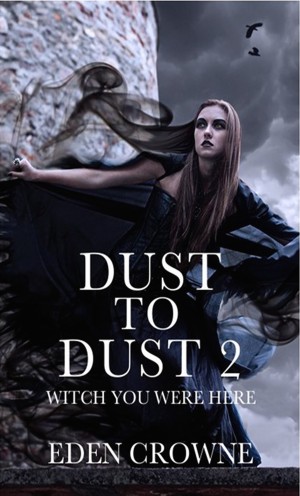 The afterlife bites. Hard. Prime Vampires, shapeshifting spider witches, necromancers, vampire game police, even zombies are all dying to get their hands on body-jumping spirit Tamsin West as she hunts the gang of Soul Eaters who doomed her to dust. Vampire blood debts force Tamsin and her Fae lover onto opposite sides of the magical mayhem as they battle a curse that could destroy them both. 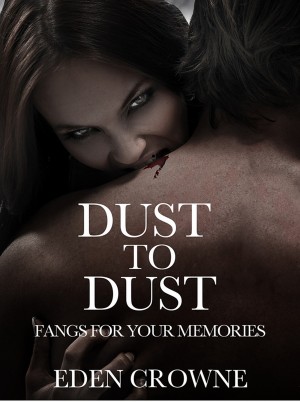 Jumping into the body of a murdered royal Prime Vampire is exactly what lost spirit Tamsin West has been looking for. The lethal Vamp has a Prime's ability to manipulate the earth's elements. Just the edge Tamsin needs to track a murderous band of Soul Eaters. Now if she can only convince the handsome Fae Hunter holding a knife to the Princess' throat not to kill her all over again. 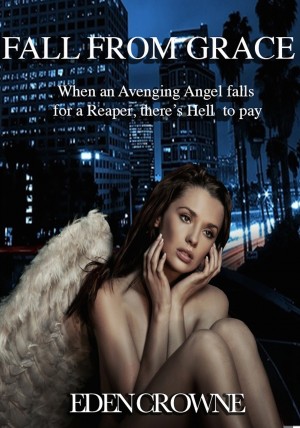 Evangeline Grace loved her job as a vice detective, men, and Happy Hour – though not necessarily in that order. Then she was murdered. Now she's an earthbound Avenging Angel on the trail of a handsome Reaper with a magical relic that can kill anything. Even her. Too bad she's falling in love with him.

You have subscribed to alerts for Eden Crowne.

You have been added to Eden Crowne's favorite list.

You can also sign-up to receive email notifications whenever Eden Crowne releases a new book.