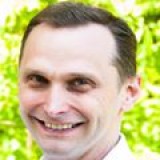 About the Author
Edward Emerson lives Massachusetts with his wife and three cats. He developed a love of reading while in fourth grade, after being given a copy of Daniel Defoe’s Robinson Crusoe to ‘practice’ his reading on. That quickly morphed into a love for science fiction and fantasy. His interest in fantasy peaked while in high school after being assigned Thomas Mallory’s ‘Le Morte d’Arther’. That one assignment opened the flood gates for fantasy books, short stories, and movies, planting the seeds to create his own fantasy world.
He put that desire on hold while he obtained employment in the manufacturing industry, where he remained for many years. After finding little satisfaction with the kinds of manufacturing jobs available in New England he transitioned into the construction industry. That turned out to be a good fit for him, and he was able to remain employed for some time, until the economy imploded in the mid two thousands, and the bottom dropped out of the construction industry. He then found himself unemployed, and wondering where to turn next for a paycheck.
After being unemployed for a few months, and working temporary gigs when he could land them, his wife suggested he revisit his desire to write a book. After doing some research together, and buying a few books on writing and publishing, he was finally able to sit down and start writing Anawyn. At that same time, he was attending some computer training classes available through the unemployment office. He completed the program, worked some more temporary gigs, and finally landed a permanent, full-time job as a System Administrator. He currently spends his spare time writing, playing paint ball with friends, and tinkering with his ‘70 Pontiac and bringing it to the occasional car show. At last count, had the first drafts of three more Anawyn books completed and ready for their first round of editing. He hopes to continue writing, and desires to one day become a full-time writer.

Who are your favorite authors?
Some of my favorites are: Stephen King, Thomas Mallory, Kim Harrison, Faith Hunter, Tom Clancy, Clive Cussler, and many more. I've been an avid reader since I first learned to read.
When you're not writing, how do you spend your time?
I work a full time job as a system administrator, but when I'm not writing\editing I like to exercise, read, and play paint ball.
Read more of this interview.

Where to find Edward Emerson online

You have subscribed to alerts for Edward Emerson.

You have been added to Edward Emerson's favorite list.

You can also sign-up to receive email notifications whenever Edward Emerson releases a new book.