Edward J. Funk has been a ghost writer for business moguls who wanted to write their life stories to help promote their enterprises. In 1990, Mr. Funk embarked on a ten year relationship with the legendary actress, Loretta Young. What started as a working relationship soon developed into a friendship that grew throughout Miss Young's last decade. At one point she told him that he was her best friend.

Loretta Young had a reputation of tightly controlling her image and being very guarded while giving interviews. That all changed in her relationship with Mr. Funk. In the first year of their collaboration, Mr. Funk taped over one hundred hours of interviews with Miss Young that netted twenty-five hundred pages of typed transcripts. She became even more candid during the following years.

The original intent was to write a biography of Miss Young. There was much to tell, including giving birth to a secret baby fathered by a married Clark Gable, Spencer Tracy being the love of her life, and an expected proposal from Tyrone Power that never came. Plus, so much more about her relationships with the most important people in her life.

The book was delayed for reasons related to both Miss Young and the author. With encouragement from members of Miss Young's family, Behind the Door: the Real Story of Loretta Young, freshly rewritten, is finally available.

The clarity offered by the passage of time made it apparent that there are, indeed, two more books:

Loretta and Me details Mr. Funk's first hand observations of Loretta's relationships with her family and continued interaction with the really rich and famous.

Eavesdropping: Loretta Young Talks about her Movie Years offers Miss Young's first person account of what it was like to work as a child extra in silent films, followed by twenty-five years of glamorous stardom (she made ninety-eight movies) opposite the most attractive male stars of the silver screen. 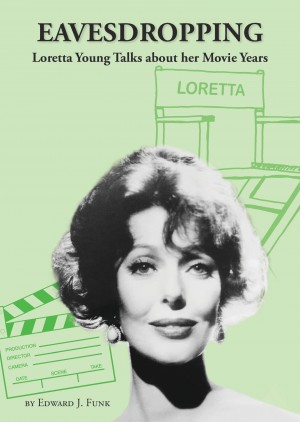 Eavesdropping: Loretta Young talks about her Movie Years by Edward J Funk
Price: $9.99 USD. Words: 80,750. Language: English. Published: March 22, 2016. Categories: Nonfiction » Biography » Celebrity biography, Nonfiction » Biography » Celebrity biography
In Behind the Door: the Real Life of Loretta Young, I delved into a select few of Loretta Young’s ninety-eight films. Yet, in our 1990 interviews Loretta and I discussed ninety-one of them, leaving much material behind. She discussed the actors, the directors, the producers, the clothes. What she learned about acting, her innumerable “crushes” on her leading men, her reputation as being difficult. 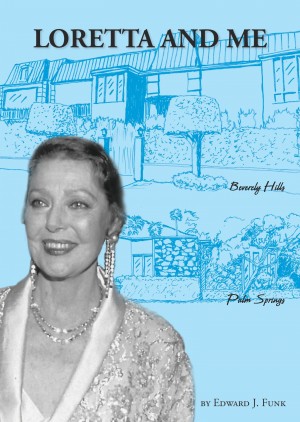 Loretta and Me by Edward J Funk
Price: $7.99 USD. Words: 42,290. Language: English. Published: March 22, 2016. Categories: Nonfiction » Biography » Celebrity biography, Nonfiction » Entertainment » Television
Loretta’s idea was to charm me and then I’d write a book based on my impressions of her. This is that book …. but not exactly as Loretta might have envisioned it. Over time Loretta recognized my penchant for candor. So, although I grew very fond of Loretta over the last decade of her life, this is exactly what I think. I served as Loretta’s escort on many occasions with the rich and famous. 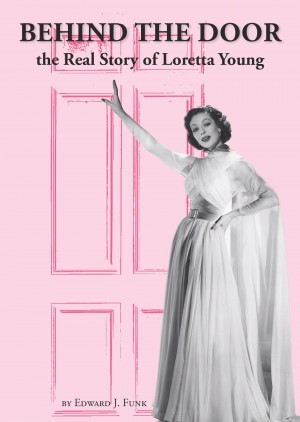 Behind The Door: the Real Story of Loretta Young by Edward J Funk
Price: $9.99 USD. Words: 103,410. Language: English. Published: March 16, 2016. Categories: Nonfiction » Biography » Celebrity biography
Loretta Young: Luminous Beauty. Movie Star. Her name is connected with a “secret baby” fathered by Clark Gable. And, wasn’t there something about Spencer Tracy and Tyrone Power? This book investigates all the above but so much more. This is the personal story of a woman, who happened to be a movie star, the major focus being on her relationships with the most important people in her life.

You have subscribed to alerts for Edward J Funk.

You have been added to Edward J Funk's favorite list.

You can also sign-up to receive email notifications whenever Edward J Funk releases a new book.