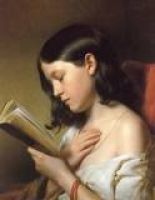 I was born in Belfast, Northern Ireland, but moved to America when I was five a half. My parents owned two Irish restaurants - one in Albany, New York the other in Dennisport, Cape Cod. I host an Irish radio program with my mom in upstate New York called Proud to be Irish. I'm an avid reader, love history (mainly Irish history), writing, listening to music arts crafts. I also love to laugh and meet new people. I m cheerfully owned by three adorable eight year old rescue cats named Ruby, Leila and Lollipop.

Where to find Mareena McGirr online

You have subscribed to Smashwords Alerts new release notifications for Mareena McGirr.

You have been added to Mareena McGirr's favorite list.

You can also sign-up to receive email notifications whenever Mareena McGirr releases a new book.