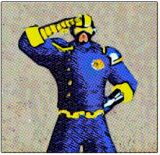 Eric Burns-White is a writer, editor, games developer and poet originally from Northern Maine. He has worked for Steve Jackson Games and Decipher among others, and has produced work for In Nomine, Star Trek: The Roleplaying Game and other such things. He was one of the primary authors of Sidewinder, a roleplaying game nominated for the Ennie for “Best d20 Game.” Sidewinder: Recoiled won the Golden Ennie for Best Electronic product in 2004.

Burns-White is best known as the creator and one of the principal writers for Websnark (http://new.websnark.com), a critical commentary blog. He produces fictional work – including the Mythology of the Modern World – at Banter Latte (http://banter-latte.annotations.com).

In his civilian identity, Burns-White is a systems administrator at a private, not-for-profit secondary school in New Hampshire, where he lives with his wife, cat, and an increasingly large population of plush, Transformers and Monster High dolls.

I submitted it to a school district contest. They accused me of plagiarism -- my teacher was offended at the suggestion, and came right to my house to talk to me and my parents about it. So I wrote a few pages of sequel in front of him and handed it to him.

I won the contest that year. I entered the next year but was disqualified for writing 3,000 words instead of capping it at 2,000 words. The director of the competition gave me his autographed copy of "Mother Night" in consolation and, if I recall correctly, resigned from the competition not long afterward. Some time later, I learned one of the judges was a high school teacher who was pretty frustrated with her own writing career, and had a habit of lashing out at talented students. So... you know. Yay on her life choices, right?
What inspires you to get out of bed each day?
My cat. She sits on my chest and meows in my face until I get up and give her her morning medication -- which she sees as 'guaranteed treat time.' And, once you're up, you might as well start the day, right?
Read more of this interview.

Where to find Eric Burns-White online

Mythology of the Modern World by Eric Burns-White 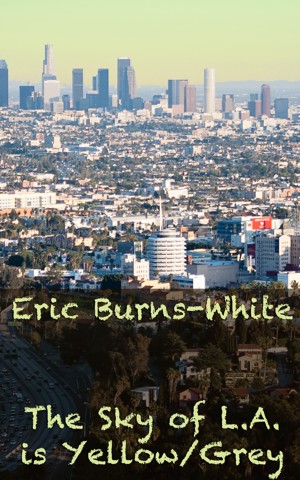 The Sky of L.A. is Yellow/Grey by Eric Burns-White
Series: Mythology of the Modern World. Price: $0.99 USD. Words: 5,920. Language: English. Published: October 9, 2013. Categories: Fiction » Fairy tales, Fiction » Fantasy » Contemporary
Amanda is an ordinary girl in an extraordinary world. Raised with the secrets of the backworlds and behind-the-scenes spaces of our reality, she has grown into a confident, normal person. But, when she falls in love with the son of a Locus -- a cornerstone of reality -- Amanda must prove she can be as remarkable as any heroine. 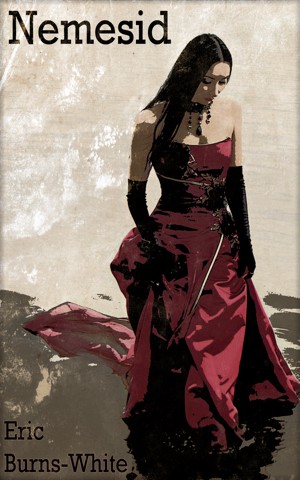 Nemesid by Eric Burns-White
Series: Mythology of the Modern World. Price: $0.99 USD. Words: 6,590. Language: English. Published: October 8, 2013. Categories: Fiction » Fairy tales, Fiction » Fantasy » Contemporary
Art and industry are often seen as mutually exclusive, but it wasn't always that way. In this modern myth, we learn the story of a nemesid named Adrastia Young -- one of the spirits of vengeance and retribution, partnered to a spirit of Good Order and a muse. When Adrastia sees her partners grow closer to each other, her jealousy doesn't just affect her relationships, but the entire world. 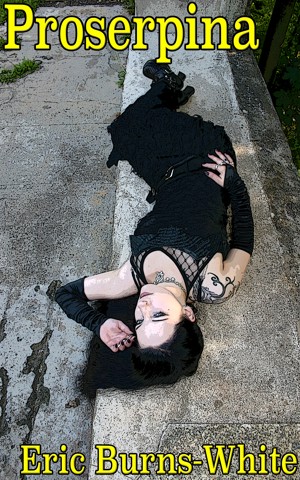 Proserpina by Eric Burns-White
Series: Mythology of the Modern World. Price: $0.99 USD. Words: 8,520. Language: English. Published: October 7, 2013. Categories: Fiction » Fairy tales, Fiction » Fantasy » Contemporary
A modern retelling of the myth of Persephone, Proserpina is the story of an immortal goddess condemned to eternity under the heel of a domineering mother. What price would she -- and all of creation -- pay for freedom?

You have subscribed to alerts for Eric Burns-White.

You have been added to Eric Burns-White's favorite list.

You can also sign-up to receive email notifications whenever Eric Burns-White releases a new book.