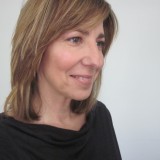 Eva Lesko Natiello is the NEW YORK TIMES and USA TODAY bestselling author of THE MEMORY BOX, a psychological thriller. It is a recipient of the Houston Writers Guild 2014 Manuscript award. Her short story, The Wordsmith, was a finalist in The Writer Magazine 2012 Best Short Story. When Eva is not writing suspense novels, she enjoys writing humor and satire. Her essays can be found on her blog: Writing from the Intersection of Oops, Yikes & Awe at evanatiello.com and at The Huffington Post, New Jersey Monthly, nj.com, and elsewhere.She is a former Estee Lauder Global Communications executive and graduate of the University at Albany where she studied psychology.

On a personal note, she loves the creative process: painting, gardening, singing or re-purposing (though many D.I.Y. projects have been fraught with disaster, it doesn’t seem to stop her). She enjoys the beach, traveling, cooking with her family and a really good belly laugh.

Eva is incredibly grateful to her readers for their enthusiasm—when they take the time to write reviews, get in touch or spread the word.

Where did the idea for THE MEMORY BOX come from?
The impetus for THE MEMORY BOX came from an article featured in The New York
Times titled “In Searching We Trust” which pronounced “‘vanity searches’ (like the ones done
on Google) the ‘hottest new power game.’” It mentioned that a 17-year-old boy who was living
in Los Angeles, Googled himself and discovered he was on a missing persons list in Canada. He
had no idea until he Googled himself, that he was a victim of parental abduction. The fact that
someone could find out something so personal about himself from a Google search was a
fascinating concept to me and became the basis for the psychological thriller, THE MEMORY BOX.
What do your fans mean to you?
As a self-published author, for me, my fans are the true gatekeepers of the publishing world. They are the pulse. And I'm incredibly grateful for each and every one. I'm so happy every time a fan reaches out and gets in touch with me through my website or through Goodreads. I'm especially thankful to anyone who takes the time to write a review or to spread the word on their social media, Facebook or Twitter. I love the conversations I read that my fans are having about THE MEMORY BOX! It's very exciting to me!
Read more of this interview. 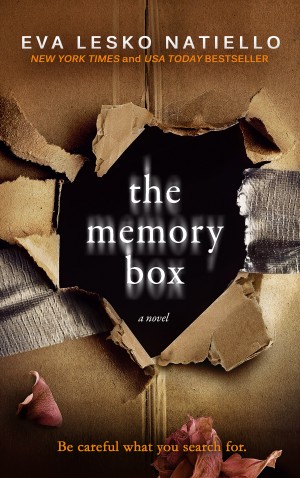 You have subscribed to alerts for Eva Lesko Natiello.

You have been added to Eva Lesko Natiello's favorite list.

You can also sign-up to receive email notifications whenever Eva Lesko Natiello releases a new book.