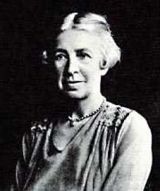 Evelyn Underhill was an English Anglo-Catholic writer, poet and pacifist born in Wolverhampton, England. (Born Dec. 6, 1875 – Died June 15, 1941). She was best known for her works on religion and spiritual practice, and Christian mysticism. She was one of the most widely read writers on such matters in the first half of the 20th century, English-speaking world.
The meaning of her mystical insight experiences became a lifelong quest and a source of private angst, provoking her to research and write. Her later writings were more focused on the Holy Spirit and she became prominent in the Anglican Church as a lay leader of spiritual retreats, spiritual director, guest speaker, radio lecturer and proponent of contemplative prayer.
She travelled regularly within Europe, primarily Switzerland, France and Italy where she pursued her interests in art and Catholicism, visiting numerous churches and monasteries.

Where to find Evelyn Underhill online 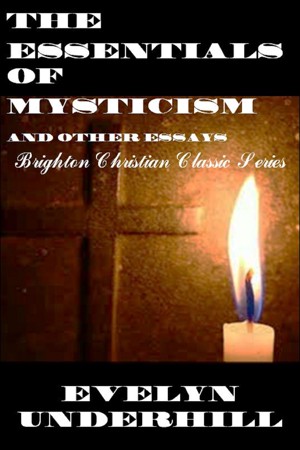 THE ESSENTIALS OF MYSTICISM “AND OTHER ESSAYS” by Evelyn Underhill
Price: $0.99 USD. Words: 81,910. Language: American English. Published: September 16, 2013 by Brighton Publishing LLC. Categories: Nonfiction » Religion & Spirituality » Essays, Nonfiction » Religion & Spirituality » Faith
An enduring collection of articles that shows how we can unite practical concerns with a spiritual dimension in relation to God. These essays are an extension of her work dealing with the theory and practice of mysticism and the lives and works of mystics such as Plotinus, Julian of Norwich and contemporaries such as Frenchman Charles Peguy.

You have subscribed to alerts for Evelyn Underhill.

You have been added to Evelyn Underhill's favorite list.

You can also sign-up to receive email notifications whenever Evelyn Underhill releases a new book.