Linda Summer wrote her first words at the age of three and has been playing with words ever since. She made her television debut as a ‘Good Do Bee’ on Romper Room School at four, won her first book review prize at seven, scrap-booked her first tabloid letter to the editor at nine, penned prolific poetry, plays and short stories throughout her teens and became the first published poet in Adelaide University magazine On Dit.

The fledgling scribe eventually gained Diplomas in Journalism, Creative Writing, Book Editing and Publishing and blossomed into a television publicist and promotions producer with the Nine Network. She eventually moved into freelance editing, screenwriting and film making, winning first prize at the 15/15 Film Festival.

Linda's greatest passion is to inspire children and adults alike to co-create a happy, peaceful world by writing and sharing imaginative stories with meaning.

What is the greatest joy of writing for you?
Writing gives me the playful freedom to live as a passionate, storytelling Imagineer and Blurbologist.
What do your fans mean to you?
Everything.
Read more of this interview.

Where to find Linda Summer online 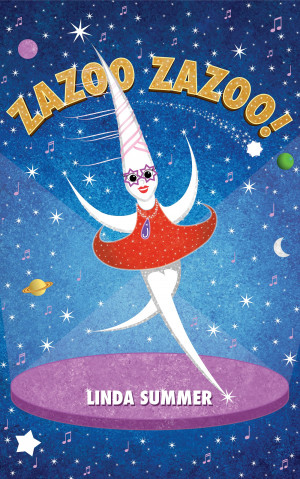 When Jaspa the galactic superstar accidentally falls out of the universe, so begins a whimsical adventure that sees the fallen star learn about hope, resilience and the hidden powers of her inner world. Will Jaspa’s dream of returning to her starry home become a reality or is she destined to spend the rest of her days on Planet Zazoo?

You have subscribed to alerts for Linda Summer.

You have been added to Linda Summer's favorite list.

You can also sign-up to receive email notifications whenever Linda Summer releases a new book.